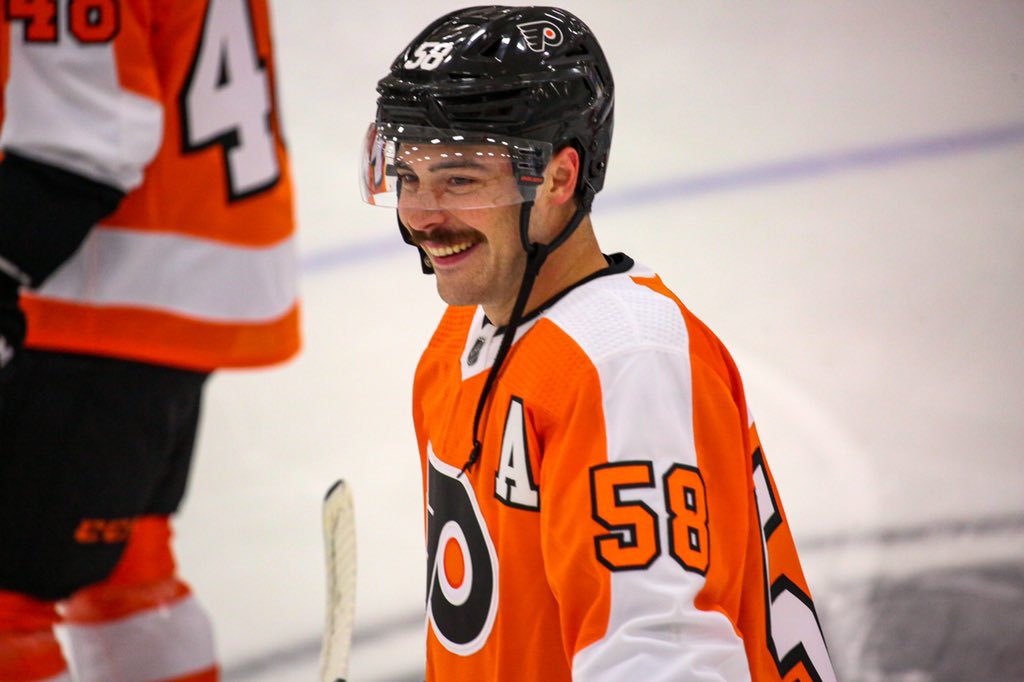 Voorhees, NJ – The Philadelphia Flyers rookies were unable to build or protect an early 2-0 lead and ended up losing, 3-2, to the New York Rangers prospects at the Flyers Training Center in Voorhees on Sunday. One day earlier, the Flyers prevailed, 6-3, at the MSG Training Center in Tarrytown, NY. 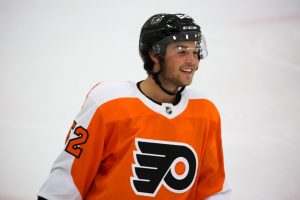 As with Saturday’s game, the Flyers controlled the first period and took a multi-goal lead to intermission. Once again, the Rangers pushed back in the second period to tie the game. New York did it in a different fashion this time, however, as the Flyers got themselves in penalty trouble and the Rangers scored a pair of power play goals. The Rangers went ahead in the third period and held on to skate off with a one-goal victory.

Overshadowing the outcome of the game: an apparent lower-body injury to Flyers power forward Wade Allison. On a hit along the boards, Allison’s foot appeared to get pinned beneath him as he went down awkwardly to the ice. Allison needed assistance leaving the ice and did not return to the game.

The Flyers got a first period power play goal from above the circles from Cam York, assisted by Tyson Foerster and Morgan Frost. On the next shift, the Flyers scored again, as a Quinn Schmiemann shot produced a rebound and Nolan Ritchie made a nice pass to Matthew Strome, who scored from in close. 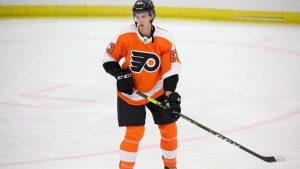 Rangers 2020 second round pick Will Cuylle tallied on a power play redirect to cut the gap to 2-1 in the second period. Subsequently, Cuylle got another power play tip in from close to the net to knot the game.

In the third period, Rangers 2018 first round pick Nils Lundqvist skated in from the point to mid slot and scored what proved to be the game-winning goal. The Rangers tightened their checking and the Flyers largely had trouble getting set up in the third period.

However, with an empty net and a 6-on-5 attack, Foerster had a look at the net on a one-timer teed up by Frost: the exact play the Flyers were hoping to set up. Unfortunately, on this occasion, the sharp-shooting winger shot over the net.

Next up for the Flyers is the start of full training camp which will officially begin on Wednesday, September 22 with on-ice activities in Voorhees, NJ commencing the next day on Thursday, September 23.

The Flyers preseason schedule of exhibition games begins September 28 against the New York Islanders with many familiar names from the Phantoms expected to participate.

The Phantoms will also play a pair of preseason games at PPL Center on Saturday, October 9 against the Wilkes-Barre/Scranton Penguins and on Wednesday, October 13 against the Hershey Bears.