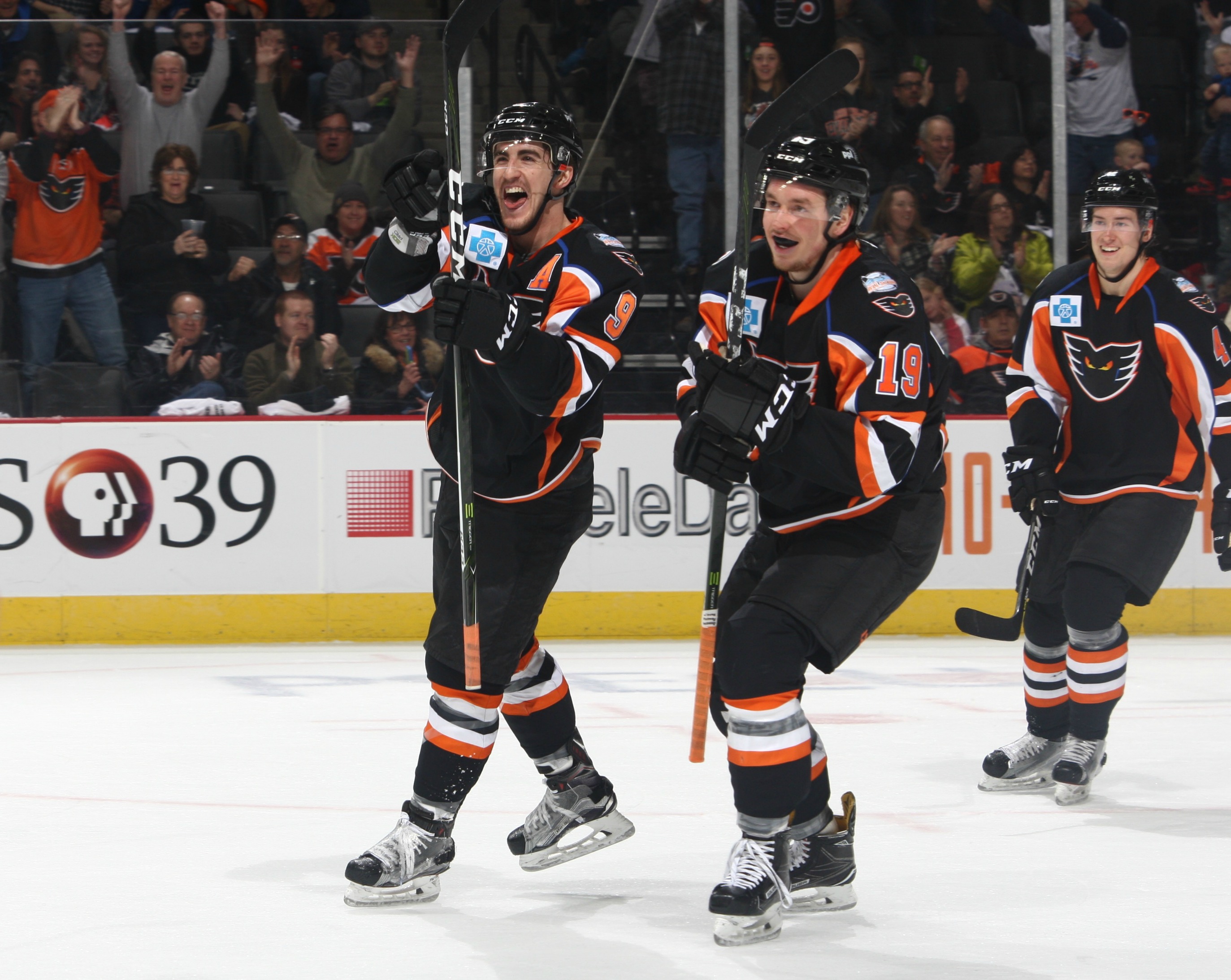 Lehigh Valley, PA – With less than four minutes left in regulation, Chris Conner netted his second goal of the game to break a 2-2 deadlock Friday evening as the Phantoms earned a hard-fought, come-from-behind 4-2 win over the St. John’s IceCaps in front of 8,467 fans at PPL Center. 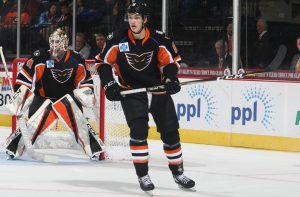 With the win, the Phantoms improved to 32-13-2 overall this season as they maintained sole possession of second place in both the Atlantic Division and AHL standings. Friday’s triumph was Lehigh Valley’s sixth win over the team’s last eight games and the club’s 11th victory over their last 15 outings overall.

The Phantoms have now claimed seven of their last eight home games as they improved to an impressive 17-5-1 when skating in front of their home fans at PPL Center.

Conner (14th), Travis Sanheim (8th) and Cole Bardreau (7th) rounded out the scoring for the Phantoms in front of goaltender Anthony Stolarz who earned his 11th win of the season thanks to 19 saves on 21 St. John’s shots. The conversions for Conner and Bardreau were all part of multi-point efforts Friday evening as Conner netted two and Bardreau tallied a goal and an assist while Greg Carey chipped in a pair of assists in the winning effort for Lehigh Valley. 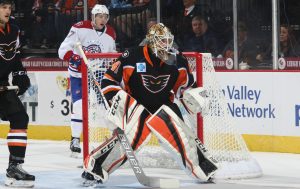 Bobby Farnham (8th) and Charles Hudon (15th) provided the offense for the visiting IceCaps while goaltender Charlie Lindgren turned in an impressive 33-save performance between the pipes for St. John’s.

The IceCaps opened the scoring just prior to the midway point of the first period when Farnham expertly redirected Julien Brouillette’s slap pass from the high slot into the back of the Lehigh Valley cage for his eighth goal of the season. Brouillette and Daniel Audette assisted on the even-strength strike tallied 8:40 into the opening frame. 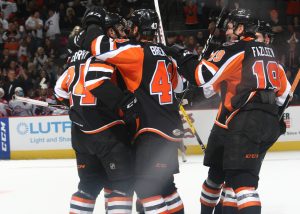 The Phantoms responded quickly though and leveled the contest just over four minutes later when a wrist shot from the high slot by Sanheim found daylight through traffic and a well-placed Corban Knight screen before settling in the back of the IceCaps net. Bardreau and Knight garnered well-earned assists on Sanheim’s eighth conversion of the year, which came following a relentless forecheck by Lehigh Valley. The five-on-five conversion came 12:52 into the first period.

St. John’s regained the lead early in the middle frame when, in the opening minute of the period, Hudon was able to break in on the left wing before sending home his 15th goal of the season. The unassisted even-strength conversion came just 24 seconds into the second stanza. 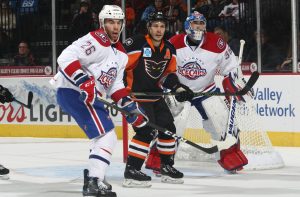 But the Phantoms remained resilient throughout the second period and were able to level the contest once again at the 15:20 mark of the period when, while on the power play, Carey intercepted an attempted IceCaps clear before feeding a perfect cross-ice pass to Conner who promptly slammed in his 14th goal of the season. Conner’s conversion was part of a 1-for-3 performance for Lehigh Valley’s power play on Friday as the Phantoms improved to 20-8-1 when netting a man-advantage marker this season.

Lehigh Valley then claimed the lead for good with less than four minutes to play in regulation when a Mark Alt drive from the wing deflected off of Conner en route before settling into the back of the St. John’s net. Alt and Miele were credited with the assists on Conner’s second goal of the game and 15th of the season, which came 16:07 into the third period.

The Phantoms were able to add an insurance marker late when Bardreau tallied an empty-net conversion at 18:59 from Robert Hagg and Alt sealing the come-from-behind victory.

The Phantoms conclude this week’s three-game home stand on Saturday when they wrap up their weekend series with St. John’s. Saturday’s game features one of the most highly-anticipated promotions of the season as fans are encouraged to stick around after the game for a Post-Game Autograph Session with Phantoms Players. A limited number of tickets remain for Saturday’s game and can be purchased online HERE.