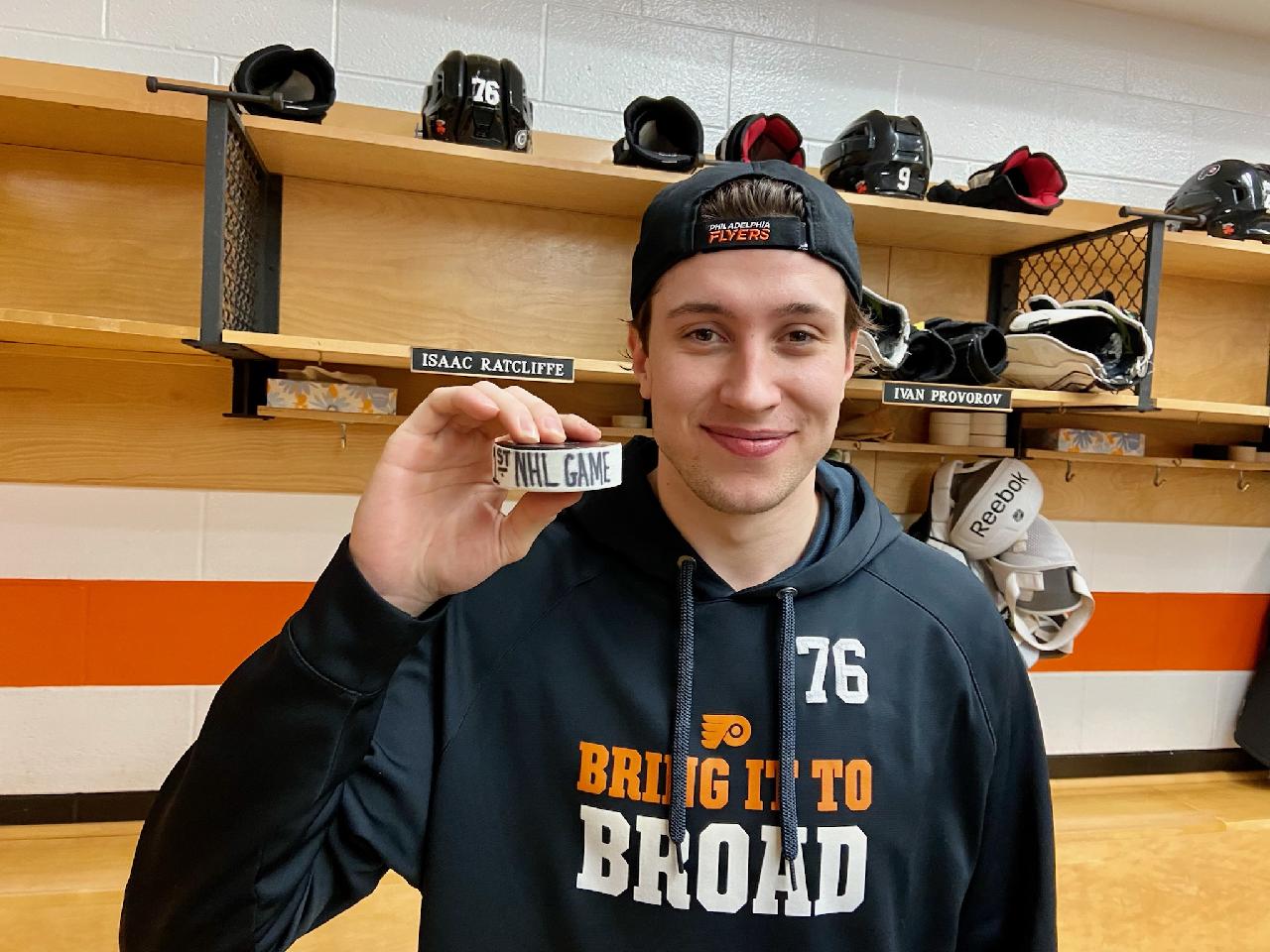 Lehigh Valley, PA – The Philadelphia Flyers have announced they have recalled forward Isaac Ratcliffe from the Lehigh Valley Phantoms according to Flyers’ President of Hockey Operations and General Manager, Chuck Fletcher.

Ratcliffe, 22, is coming off his NHL debut on January 29 in an overtime win for the Flyers against the Los Angeles Kings. He played two games on his previous recall to the Flyers and then returned to Lehigh Valley where he played two more games with the Phantoms last weekend.

The Phantoms return to action tonight against the Belleville Senators in a 7:05 p.m. clash at PPL Center. Tonight’s game opens a six-game homestand which also includes a trio of games this weekend beginning Friday night against the Hershey Bears.