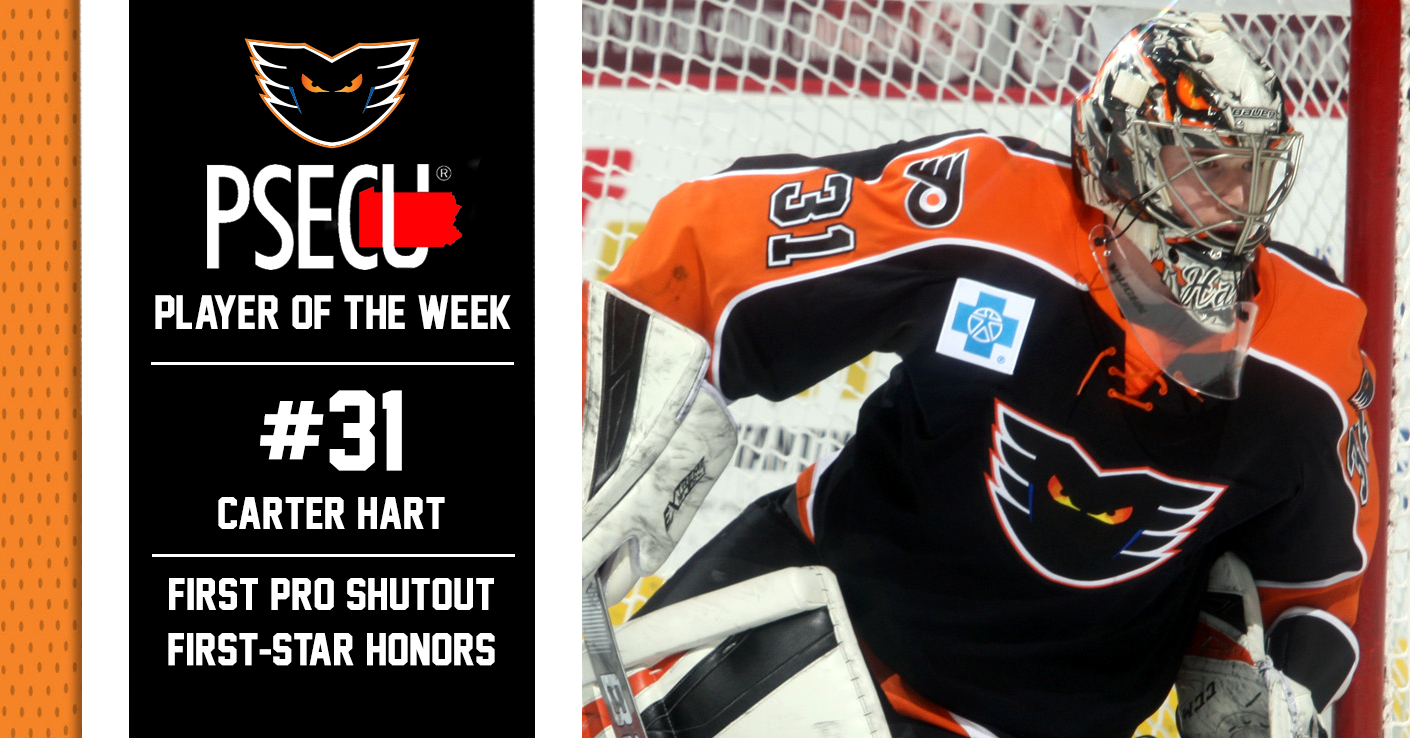 Lehigh Valley, Pa. — After recording the first professional shutout of his career in Friday night’s 1-0 victory over the Hershey Bears, Lehigh Valley Phantoms goaltender Carter Hart has been named the PSECU Player of the Week for the first time this season.

After dropping the first game of their current four-game home stand on Wednesday night to the Cleveland Monsters, the Phantoms got back on the ice Friday night against the rival Hershey Bears.

Hart, who recorded two wins the weekend prior against Laval and Toronto, made his 15th start of the season between the pipes for Lehigh Valley on Friday.  The 20-year-old netminder needed to be sharp as he faced a number of chances early on.

After Connor Bunnaman found the back of the net late in the first period, netting his third goal of the season, Hart made another highlight-reel stop when he gloved down a shot from Mike Sgarbossa who fired a puck on net from the slot.

By night’s end, Hart had turned aside all 26 shots he faced to earn the first professional shutout of his career, also earning first-star honors in the process.

Over his past three starts — against Hershey, Toronto and Laval — Hart carries a 3-0-0 record with a 1.34 goals-against average and .955 save percentage.