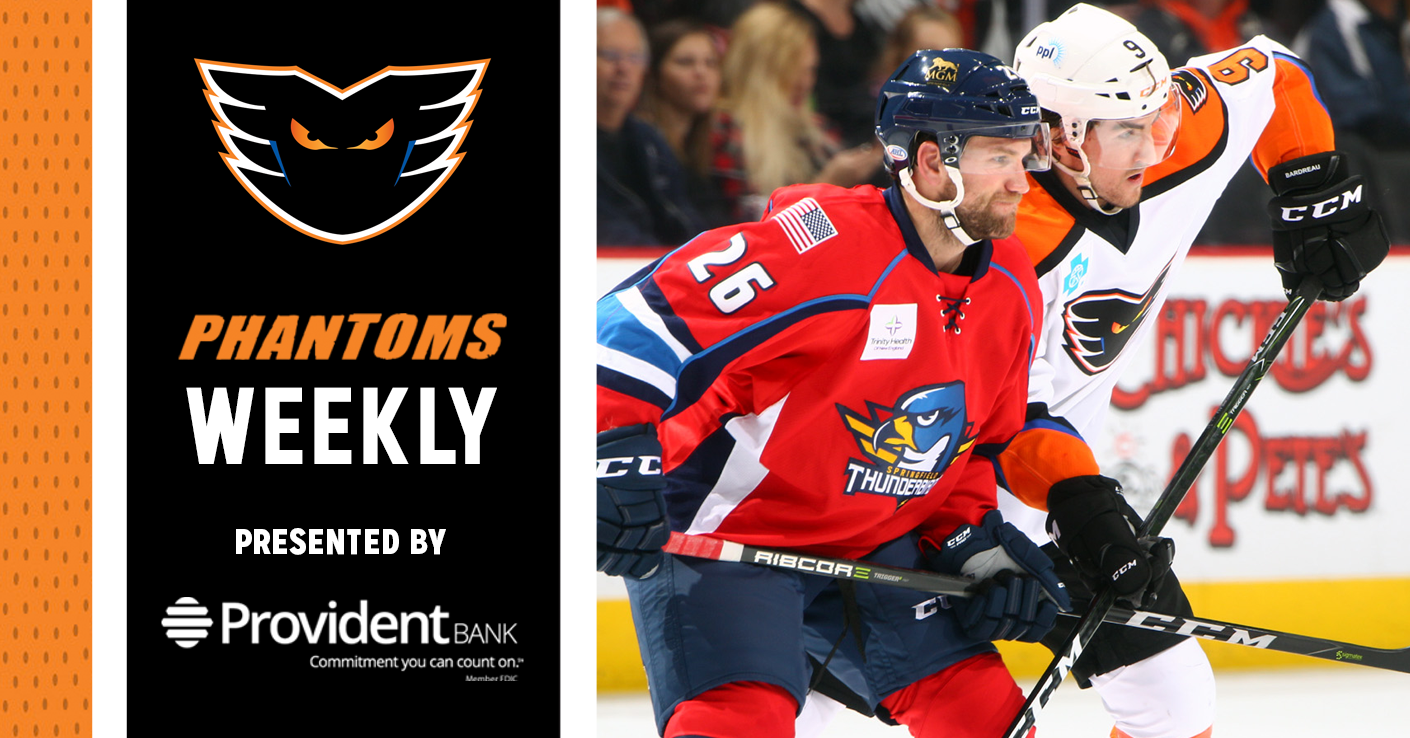 The Lehigh Valley Phantoms dropped the puck on their fifth season inside PPL Center in downtown Allentown this past weekend as they hosted the Bridgeport Sound Tigers on Saturday night.  Both Greg Carey and Nic Aube-Kubel netted a pair of goals in the contest while Phil Varone and German Rubtsov added a goal of their own.  Rubtsov’s tally marked the first goal of his professional career. Also earning a few firsts in the game was goaltender Carter Hart who grabbed his first pro win in his pro start as he turned aside 31 of the 34 shots he faced between the pipes. 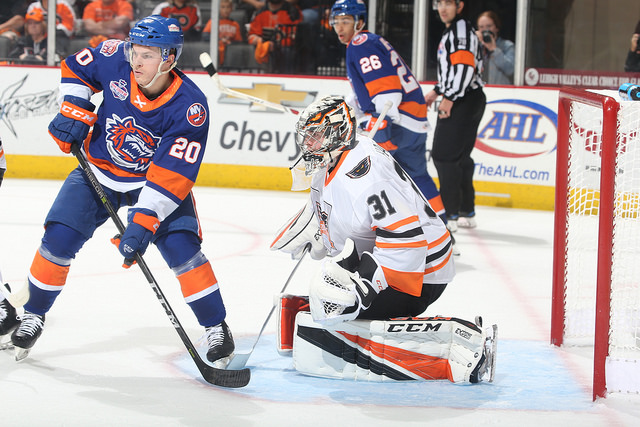 The Phantoms will finally get back on the ice for their second game of the season this Friday night at home against the Springfield Thunderbirds.  In six meetings during the 2017-18 season Lehigh Valley produced a 5-1-0-0 record against Springfield and outscored their opponents 27-15.  Greg Carey and Phil Varone both led the Phantoms in points against the T-Birds last season with eight total points each (Carey: 4G-4A | Varone: 3G-5A) while Corban Knight held the team’s best plus-minus rating against Springfield with a plus-7.

Tickets for Friday night’s contest inside of PPL Center are available online, so be sure you get yours by clicking HERE.

Lehigh Valley will hit the road for the first time of the 2018-19 season on Saturday as they complete their home-and-home set with the Springfield Thunderbirds.  Saturday will be Springfield’s home opener after playing their first game on the road last week — a 3-2 shootout loss to the Wilkes-Barre/Scranton Penguins — and second game of the season at PPL Center on Friday.  Two players that are emerging as leaders for Springfield include captain Paul Thompson who currently has a goal and an assist and former Philadelphia Flyer and Adirondack Phantom Harry Zolnierczyk who has tallied two assists. 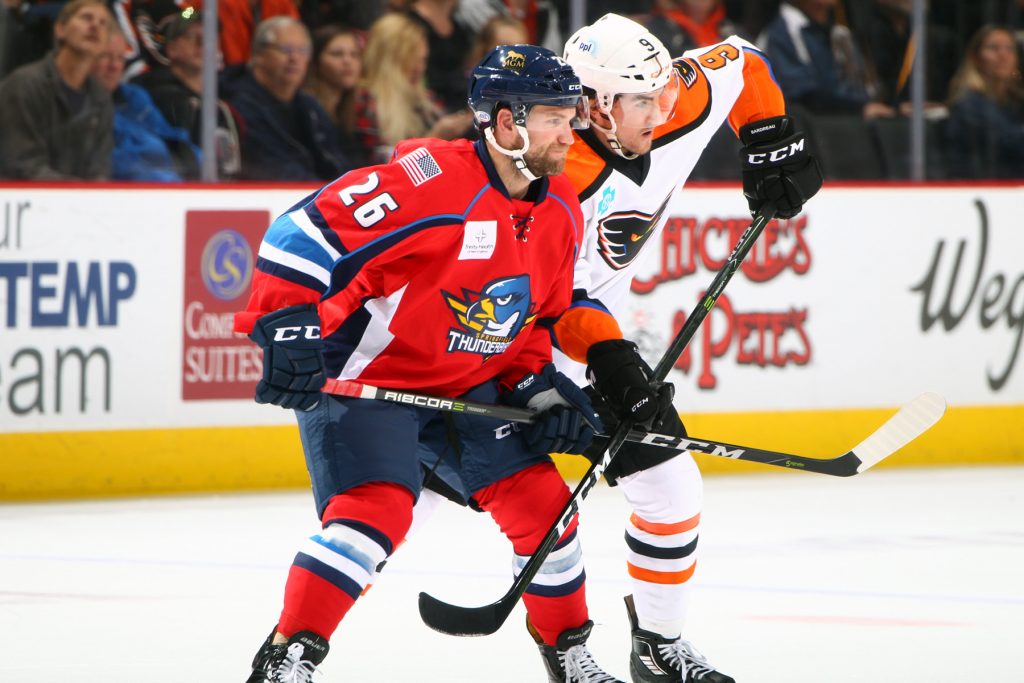 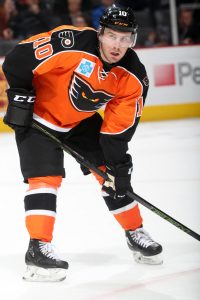 Greg Carey, a native of Hamilton, Ontario, got right back to work doing what he does best as he netted a pair of goals in the the Phantoms only game of the weekend.  Carey has led the Phantoms roster in goals scored in both of the last two seasons (2017-18: 31 | 2016-17: 28).

A Night of Firsts

Phil Varone — winner of last season’s league MVP award — was already back to his old tricks in Saturday’s home opener against Bridgeport.  He netted his first goal of the season and added an assist for two total points and finished the night with a plus-five rating.