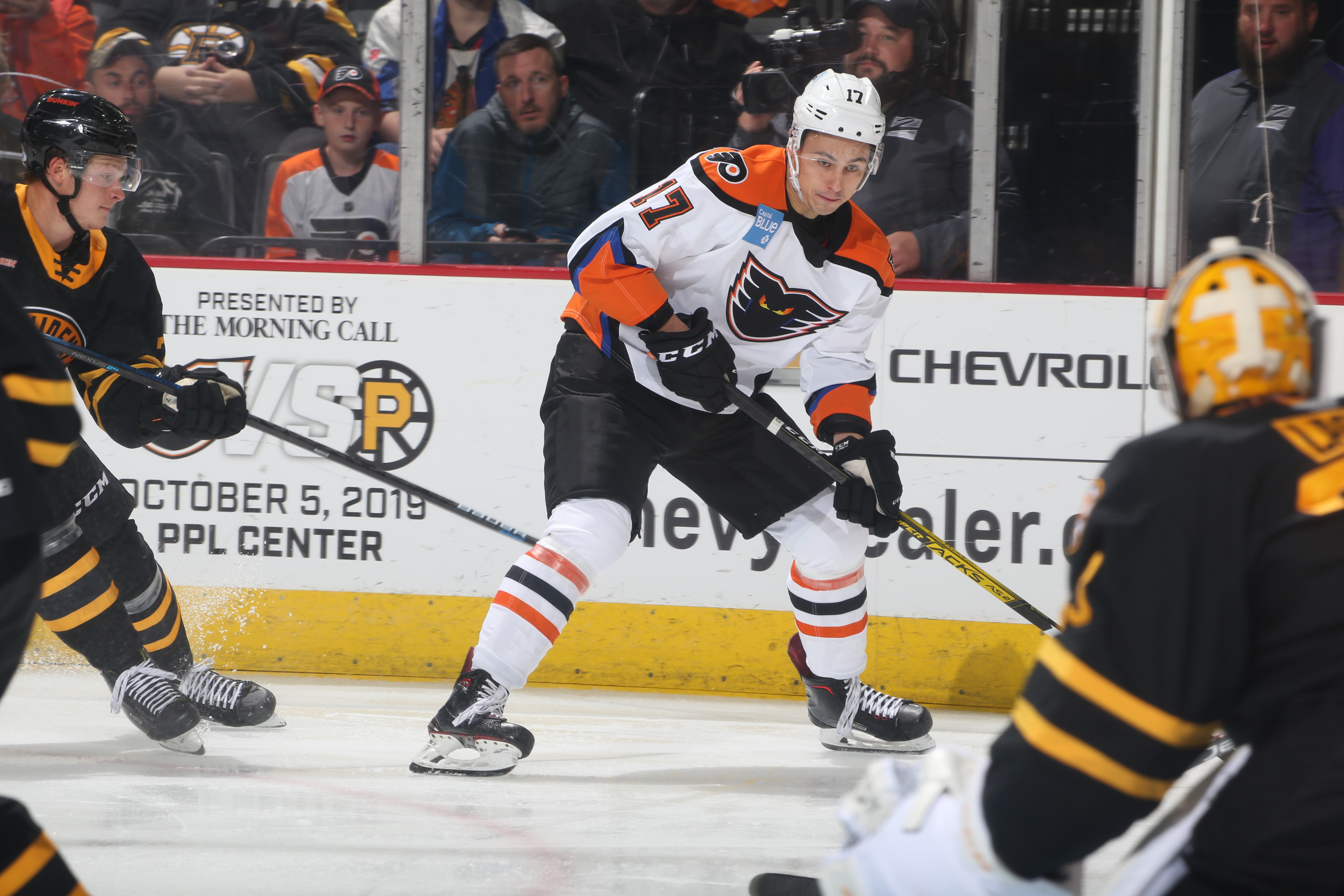 Phantoms Fall in Opener to Providence

Lehigh Valley, Pa. – The Lehigh Valley Phantoms (0-1-0-0) saw goalie J-F Berube save 21 of 24 shots on, but fell to the Providence Bruins (1-0-0-0) on Saturday evening by a final score of 3-0 in front out of a sold out PPL Center crowd. The Phantoms fans have now helped sell out all six home openers in Lehigh Valley.

The Lehigh Valley Phantoms and Providence Bruins kicked off their 2019-20 seasons on Saturday night at the PPL Center. The Phantoms played a strong first period defensively, keeping the Bruins to just six shots while also bringing some physicality to the ice.

While the Phantoms did play strong defensively in the first, the Bruins were able to strike first on Saturday night when forward Anders Bjork fired a one-timer past Phantoms goaltender J-F Berube following a faceoff win by the Bruins. The Phantoms would answer back with intensity including a big hit from first-year Phantoms forward Matthew Strome and a tremendous scoring opportunity from fellow first-year Phantom Morgan Frost, who shot the puck between his legs but into the leg pad of the Bruins netminder.

In the third period, a power play midway through the period gave the Phantoms several opportunities to tie the game but were unable to do so as Lagace was able to keep the puck out of the net. The Bruins made it a two-goal lead with 7:50 remaining in the period, when forward Brendan Guance put one past Berube on a one-timer from the top of the right circle capitalizing on a power play opportunities for the Bruins. A few minutes later forward Paul Carey added to the Bruins lead, giving them a 3-0 lead with five minutes remaining in the third period. The Phantoms would make a push for a goal in the games final minutes but were unable to do so, as Lagace stayed perfect on the evening, stopping all of the Phantoms 28 shots.

NEXT TIME OUT: The Phantoms will hit the ice once again next weekend for a pair of home games against Pennsylvania rivals, starting Friday Night against the Wilkes-Barre/Scranton Penguins and concluding Saturday against the Hershey Bears. Tickets for Friday night are available HERE and for Saturday HERE.