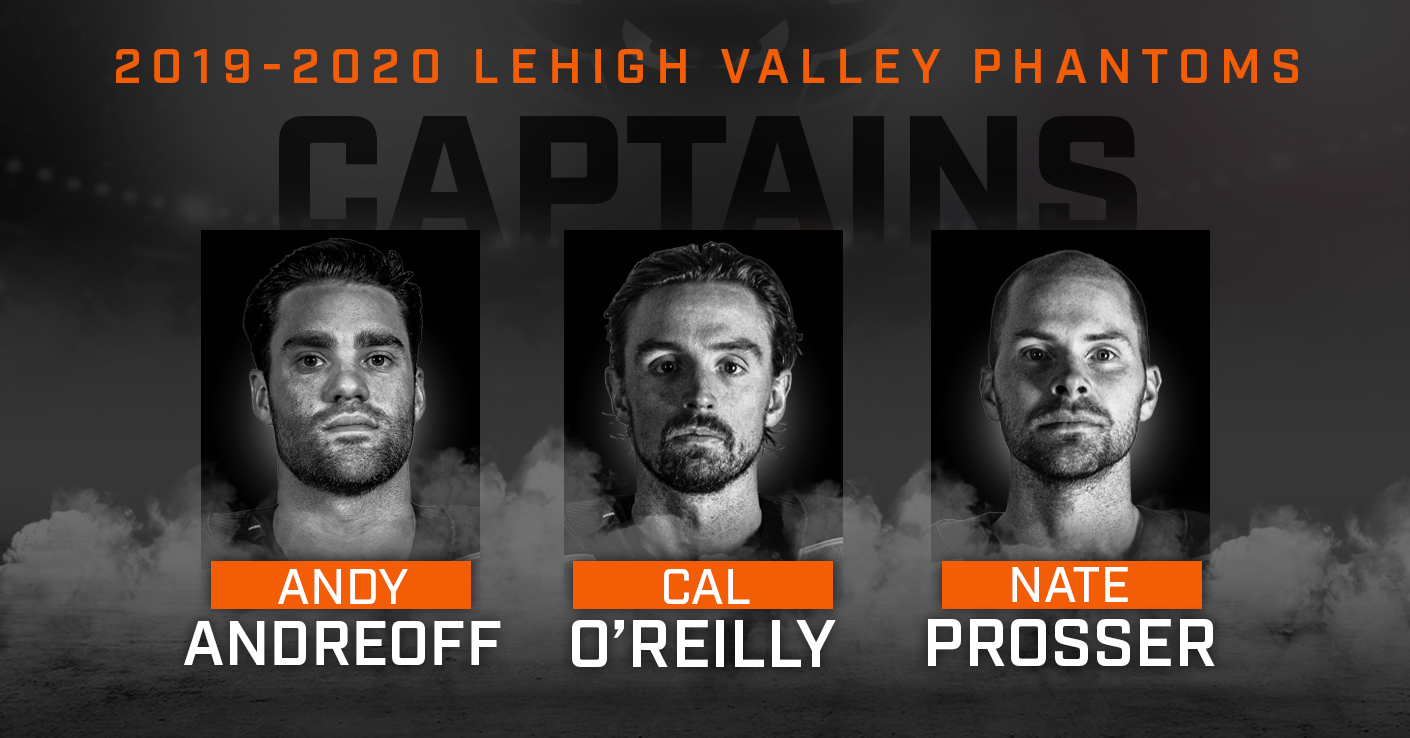 Andreoff, O’Reilly and Prosser Will Serve as Co-Captains

The Lehigh Valley Phantoms have announced they will have three players wear the “C” this season and will serve as co-captains for the 2019-20 season. Andy Andreoff, Cal O’Reilly, and Nate Prosser will make up the Lehigh Valley leadership group this year and serve as the co-captains, Head Coach Scott Gordon announced today.

“Great personalities, great work ethic and great attitude,” said Gordon on how he views the three captains. “I think those three things are critical for any captain to be successful. Setting an example with attitude and work ethic are to me, great signs of a leader.” 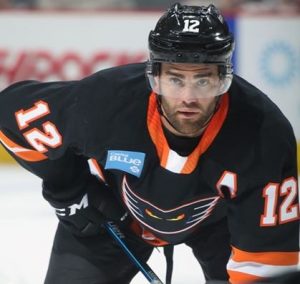 Andreoff is entering his first season in Lehigh Valley and has immediately established himself as a leader on and off the ice. The 28-year-old forward from Pickering, Ontario, served as an alternate captain, wearing the “A” for the Syracuse Crunch last season when he established a career high with 26 goals, 55 points, and 150 penalty minutes. Andreoff has played in 159 NHL games for the Los Angeles Kings in his career.

“First and foremost, this franchise is a really good organization and has been really good to me already,” Andreoff said. “Coming to the rink the guys have been great so it definitely will be a good year to try and lead the guys. It looks like we have a really close group so I’m really looking forward to it.”

“I’m definitely the quiet, lead by example and just show it on the ice and off the ice type of guy,” Andreoff said on his leadership style. Andreoff said the mix of all three veterans serving in a captain role will only help make each other stronger as leaders for the younger players. “I think we’ve been in the league for a while and we have a lot of pro seasons under our belts so I think we are all going to help each other out and just get closer and closer every day and just feed off each other.” 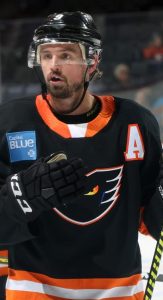 O’Reilly has earned the captain role for the fourth different team in his career. The 33-year-old from Seaforth, Ontario, wore the “C” for the Utica Comets in 2014-15, the Rochester Americans in 2015-16 and the Iowa Wild in 2017-18 and 2018-19. O’Reilly is entering the season having played 858 professional games, including 145 in the National Hockey League and is a five-time AHL All-Star, including last season with the Wild.

“Just being a good teammate and a good person,” said O’Reilly on why he thinks he has consistently been chosen as a captain. “Work ethic and having a good relationship with the guys and helping them with my experiences that I’ve learned and had when I was young guy and as my career has developed to just try to lead the right way.”

While Andreoff says he is more the quiet, lead by example type of guy, O’Reilly feels his leadership style is a little different and he is more outspoken. “I think I’ve developed into more a vocal guy. But it starts with on the ice and your work ethic in practice and everything,” said O’Reilly.

Prosser joins Lehigh Valley this season after spending the last nine years with the Minnesota Wild. The 33-year-old defenseman is the oldest player on the Phantoms and has the most NHL experience on the team with 354 NHL games played. He was nominated by the Minnesota Wild in 2016 for the Bill Masterton Memorial Trophy, which is awarded annually to the National Hockey League player who best exemplifies the qualities of perseverance, sportsmanship, and dedication to ice hockey. 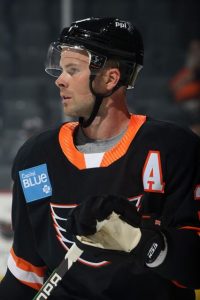 “I’m really excited,” Prosser said about being named a captain. “I obviously know I’m an older guy in this league so I just want to bring that presence and that positive influence on my teammates. That’s kind of been my bread and butter my whole career, just been a light to my teammates and having a smile on my face each and every day and whether I’m a captain or not that’s what I want to continue to do.”

Prosser knows the AHL serves as a developmental league for most players and wants to help the young prospects reach the same goal that he reached of playing in the NHL. “It all goes into the work you put into it, each and every day,” said Prosser. “That’s kind of the way the coaches are harping already just doing that extra 1% each and every day and a lot of these guys are doing that. We have a lot of skill up front and we’ve got depth on defense and some good goaltenders and it’s bringing that game each and every day and being consistent and I know that’s what got me the call up when it did. It’s not a roller coaster of consistency it’s about maintaining your level of play and I think a lot of these guys will be able to do that.”

Andreoff, O’Reilly and Prosser will all rotate wearing the “C” during the season, depending on who is in the lineup that night. All three players understand the amount of veterans the team has and are excited to work together and compliment each other both on and off the ice. “That’s the great thing about our team here, we’ve got a lot of guys that have been leaders and have worn letters so that will make it easy for all of us and we’ll all be on the same page,” said O’Reilly. “We all want to win and we want to help these young guys and have a great team so we’ll be on the same page with our leadership.”