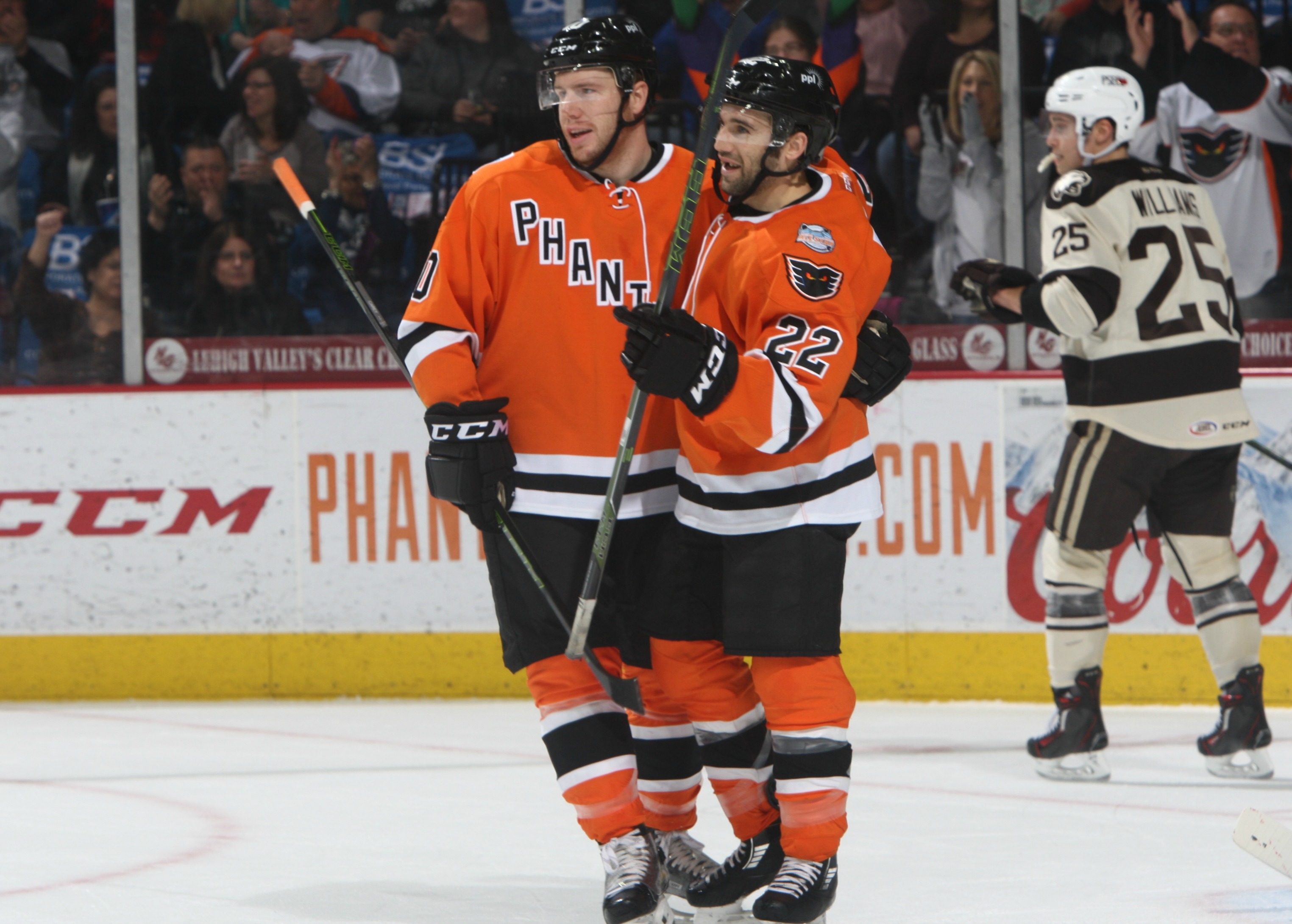 The Lehigh Valley Phantoms produced a season-high four power play goals Friday evening en route to a 6-2 victory over the Hershey Bears in front of 8,710 fans inside PPL Center. With the win, the Phantoms captured their third consecutive win and ninth triumph over the team’s last 12 games. Lehigh Valley is now 24-9-2 overall this season and remains in sole possession of second place in the tightly-contested Atlantic Division. 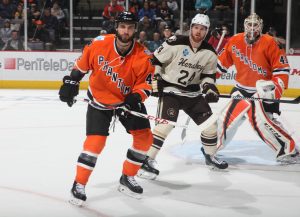 Lehigh Valley’s season-high four power play markers came via a season-high 12 man-advantage opportunities as visiting Hershey was guilty of 44 minutes in penalties. Friday’s contest marked the 14th time this season the Phantoms have registered multiple power play goals in a game as Lehigh Valley improved to 10-3-1 in those outings. With Friday’s production, Lehigh Valley has now tallied an impressive 40 man-advantage markers in just 35 games this year. 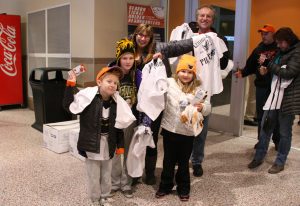 Defensively, the Phantoms were rock solid as well as they limited the Bears to 17 total shots on goal. Phantoms goaltender Anthony Stolarz earned the victory in net with 15 saves as he improved to 7-3 this season.

Friday’s contest marked the seventh of 12 total meetings during the 2016-17 regular season between the Phantoms and Bears as Lehigh Valley improved to 4-3 against its in-state rival. The two sides will resume the rivalry series on Saturday as they complete the home-and-home weekend set with a 7:00 p.m. tilt at Giant Center. 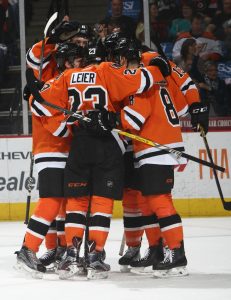 The Phantoms opened the scoring just past the midway point of the first period when, while on the power play, Mark Zengerle’s shot from the right wing produced a rebound at the left side of the goal that was promptly harnessed by McDonald and slammed into the back of the net for his 12th goal of the season. All-Star forward Taylor Leier collected the secondary assist on the man-advantage marker scored 12:35 into the opening frame.

Lehigh Valley doubled its lead less than six minutes later with another power play goal when Conner expertly redirected O’Neill’s point shot in converting his ninth goal of the year. Andy Miele garnered the second assist on the man-advantage tally landed 18:05 into the first frame.

The Phantoms extended their lead to a 3-0 advantage early in the second stanza with yet another power play goal when Conner fed a cross-ice pass to Weal on the left wing who quickly snapped home his 12th goal of the season. Greg Carey grabbed the secondary assist on the man-advantage marker poured in just 1:45 into the middle frame.

Hershey sliced into Lehigh Valley’s lead just under six minutes later when Darren Dietz was able to send in his third goal of the year from the left point. Liam O’Brien and Christian Thomas assisted on the even-strength strike scored 7:31 into the second period.

But the Phantoms were able to respond with an even-strength conversion of their own before the close of the middle frame when, from just atop the Bears’ goal crease, Knight altered O’Neill’s point drive for his fifth tally of the year. Bardreau garnered the second assist on the five-on-five tally generated 17:24 into the second period.

The Phantoms capped their impressive showing on the power play just prior to the midway point of the third period when Mark Alt’s blast from the right point produced a rebound atop the goal crease that was calmly deposited by Bardreau for his sixth goal of the year. Alt and Knight assisted on the man-advantage marker scored 7:16 into the final frame.

Hershey was able to chime in with a power play goal of its own 12:26 into the third period when Aaron Ness landed his fourth goal of the season but Lehigh Valley would have the final say as Laughton converted at even strength 18:19 into the final stanza with his fifth goal of the year to seal the rivalry showdown.

The Phantoms are back in action on Saturday when they invade the Giant Center in Hershey for the back end of their home-and-home weekend series with the Bears.