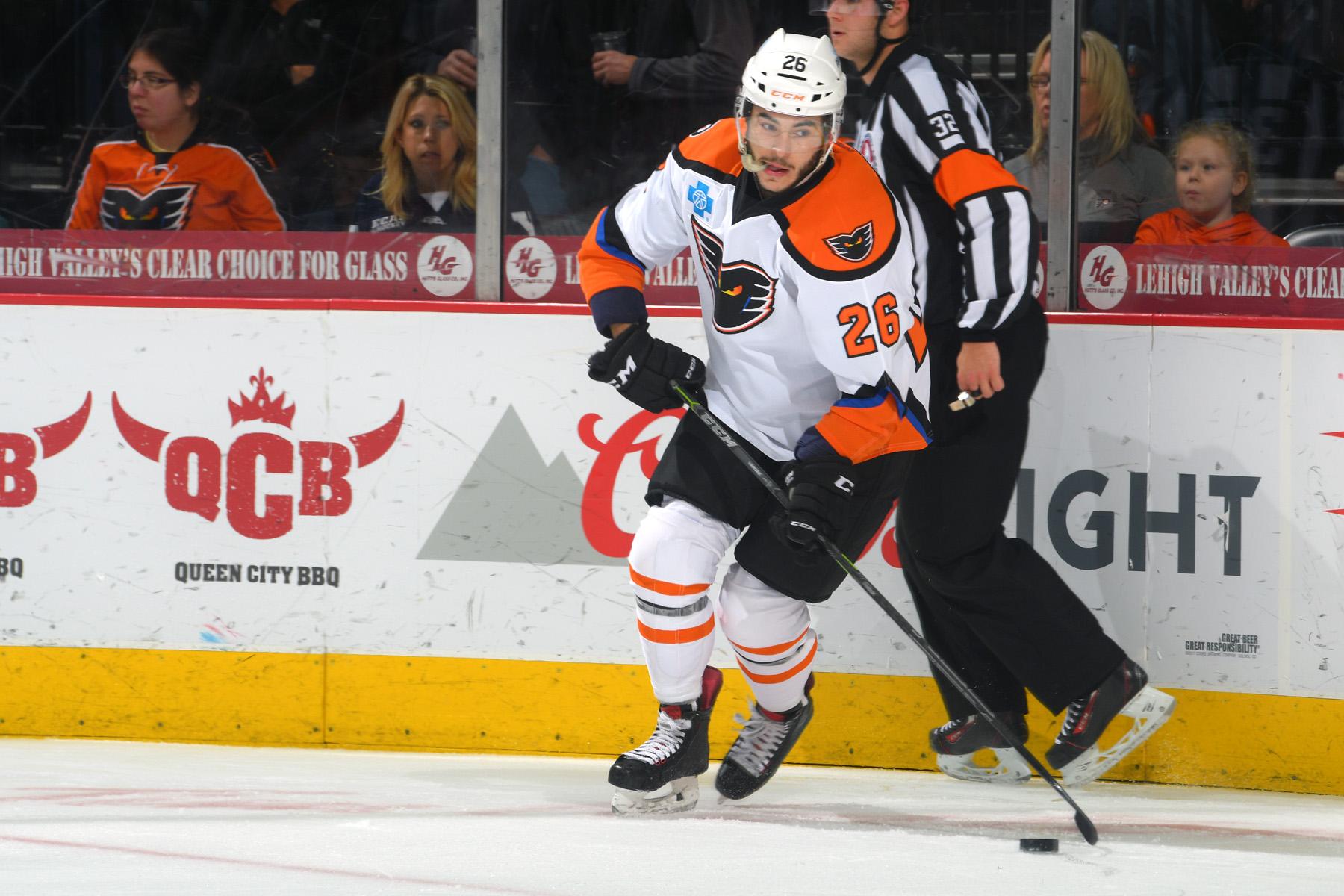 Varone has played four games with the Flyers

Varone, 28, has played in four games for Philadelphia this season, including his Flyers debut on December 9, 2018 against the Winnipeg Jets. This marks his second NHL recall of the season.

A native of Vaughn, Ontario, Varone is currently in the midst of his eighth professional campaign in which he has amassed 11 goals and 17 assists for a total of 28 points in 22 games with the Phantoms.  Varone ranks ninth in the AHL in points, producing at a rate of 1.27 per game, and is second on the Phantoms in goals, assists, points, and power-play goals with five.

With a total of 70 points (23G, 47A) during the 2017-18 season, the most by a Phantoms player in the last 14 years, Varone captured the Les Cunningham Award as AHL MVP and finished second in the league’s point race. He has totaled 34 goals, 64 assists and 98 points in 96 games with Lehigh Valley.