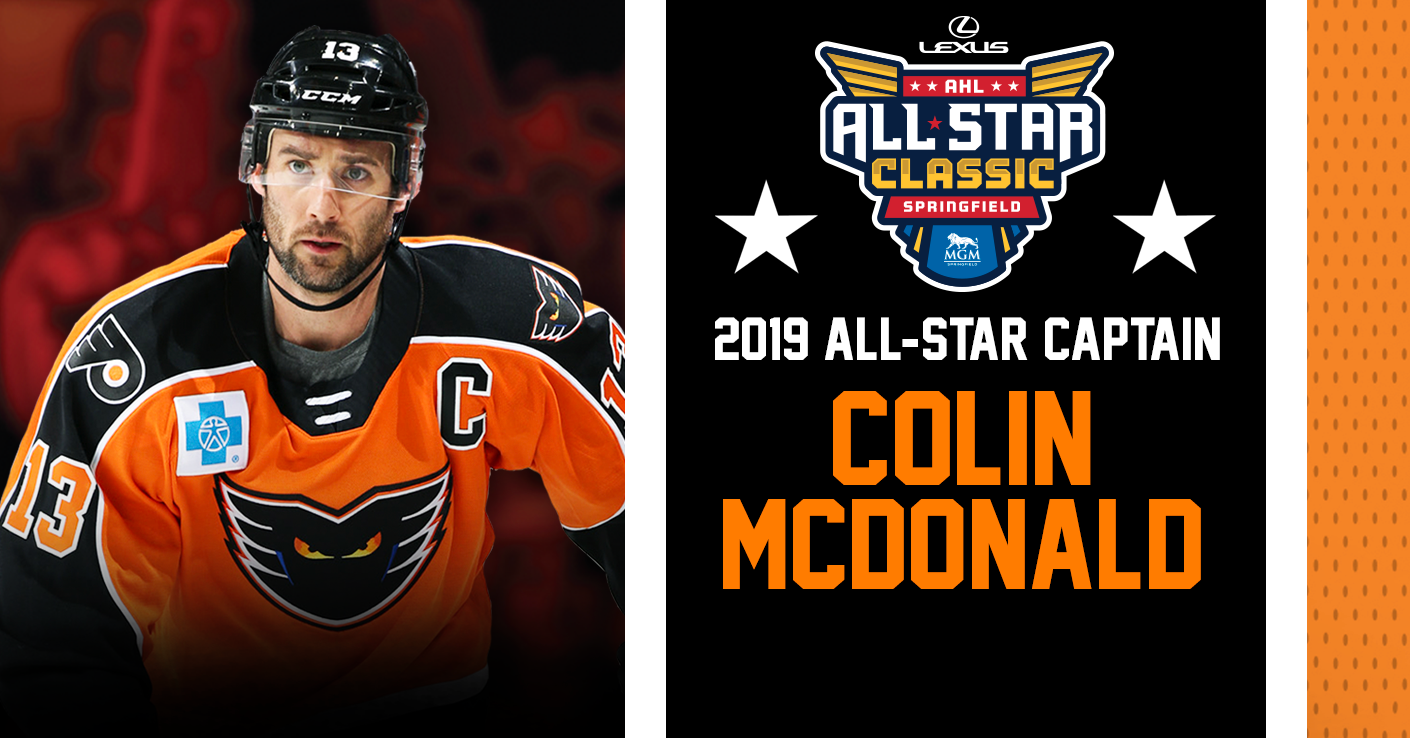 McDonald, 34, is in his 12th professional season and fourth with the Lehigh Valley Phantoms. McDonald has served as the Phantoms captain for four years, the longest tenure in franchise history, and has amassed 112 points (49G, 63A) in 205 games with Lehigh Valley. 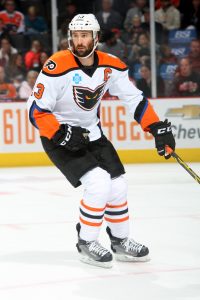 Drafted by the Edmonton Oilers in the second round (#51) of the 2003 NHL Draft, McDonald has played in 805 professional hockey games, including 148 in the NHL for the Edmonton Oilers, New York Islanders, and Philadelphia Flyers. He has totaled 20 goals and 26 assists for 46 points in the NHL.

A native of Wethersfield, Connecticut, McDonald made his professional debut on October 6, 2007 for the Springfield Falcons. Colin played 226 games in Springfield, notching 68 points (34G, 34A) during his time there. The 6-foot-2 forward has played 654 AHL games for the Springfield Falcons, Oklahoma City Barons, Wilkes-Barre/Scranton Penguins, Bridgeport Sound Tigers and Lehigh Valley Phantoms. He won the Willie Marshall Award as the AHL’s leading goal scorer in 2010-11 with 42 goals. He is the most recent AHL player to score 40 goals in a season

“It’s obviously a great honor.” McDonald said on the selection, “At this point in my career to be able to have my wife and my family there in a place close to home. A place I started playing and my first 3 years of pro hockey were in that building. I’m really looking forward to returning to Springfield and seeing some friends and family.”