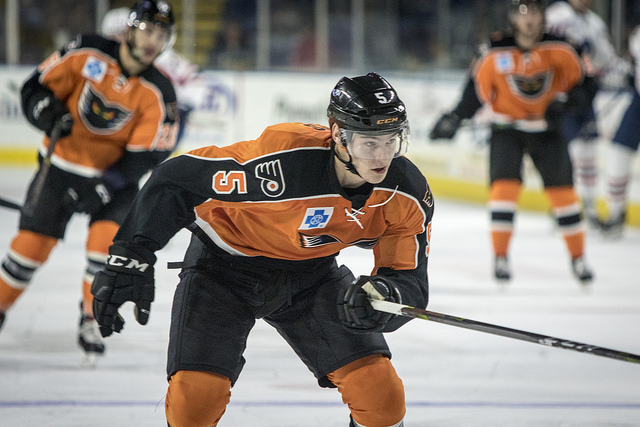 The Philadelphia Flyers, parent club of the Lehigh Valley Phantoms, announced today that they have loaned defenseman Philippe Myers and forward Nic Aube-Kubel to the Phantoms.

Both will join the team’s training camp that is already in progress.

Myers, coming off his first professional season, tallied five goals and 16 assists for a total of 21 points across 50 games with the Phantoms this past season.  The 21-year old out of Moncton, New Brunswick, finished second overall among Lehigh Valley defensemen in assists, points and power-play goals (3).

A 22-year old native of Sorel, Quebec, Aube-Kubel finished the 2017-18 season with 18 goals and 28 assists for 46 points in 72 games played.  The second-round (48th overall) selection of the Flyers in the 2014 NHL Entry Draft set new career-high totals in goals, assists, points and plus-minus rating (+24) this past season and also led the Phantoms in the plus-minus category.