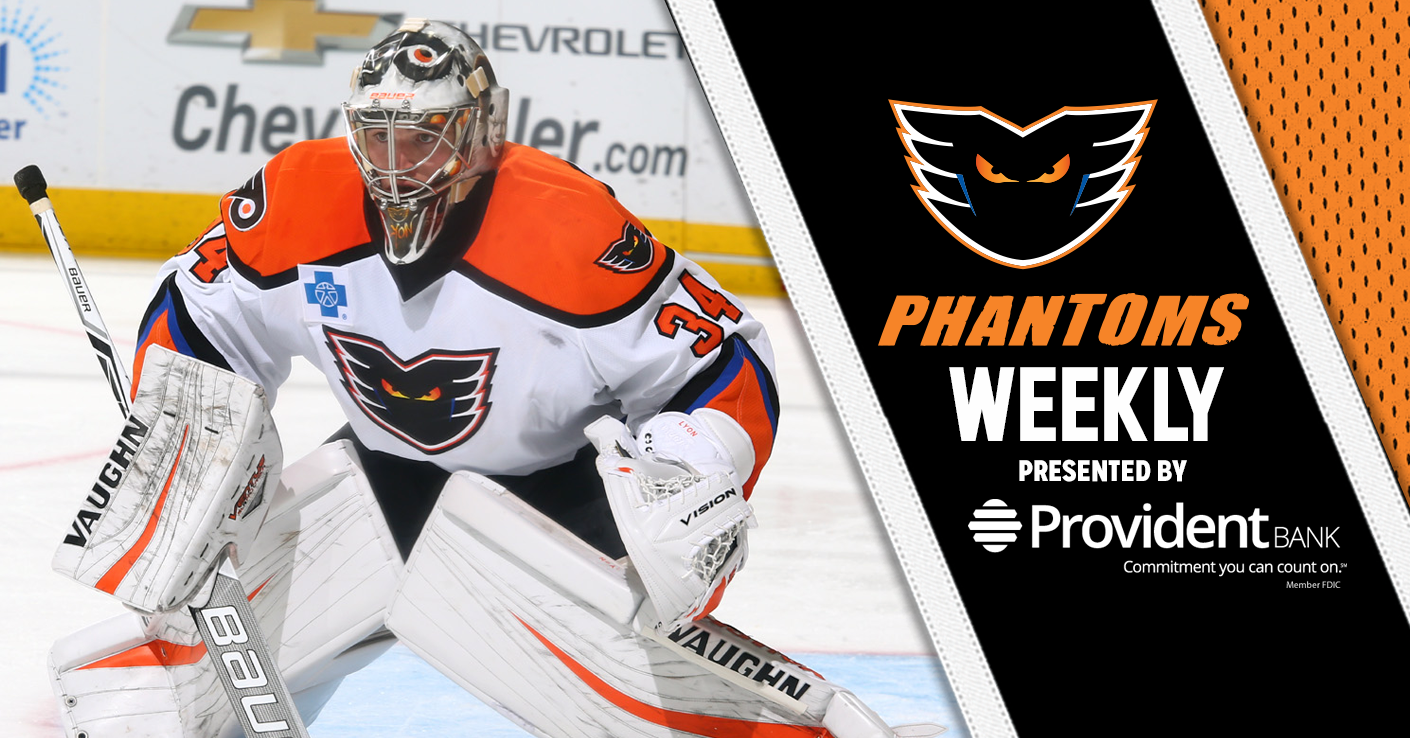 Riding a four-game point streak (3-0-1) and winners of six of their last nine games, the red-hot Lehigh Valley Phantoms (19-9-2-2, 42 pts., 0.656 pts. pct., 3rd Atlantic Division) return from the AHL’s holiday break with three games this week, including a highly-anticipated weekend series with the Charlotte Checkers at PPL Center. Lehigh Valley enters the week with the most standings points (42) and tied for the second-most wins (19) in the Atlantic Division. 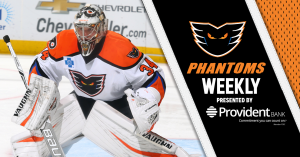 The Phantoms return to action tonight as they invade the Mohegan Sun Arena in Wilkes-Barre/Scranton for a 7:05 p.m. clash with the Penguins. Wilkes-Barre/Scranton (16-9-2-1, 35 pts., 0.625 pts. pct., 4th Atlantic Division) split a pair of games before the holiday break earning a 4-3 overtime victory against the Binghamton Devils last Friday before being handed a 3-2 regulation setback to Lehigh Valley on Saturday. The Penguins enter the week having dropped three of their last four outings and seven of 10 overall (3-5-2).

Tonight’s contest marks the seventh of 12 total meetings during the 2017-18 regular season between Lehigh Valley and Wilkes-Barre/Scranton with the Phantoms having posted a 3-2-1 mark to date against their Pennsylvania foes. Lehigh Valley has claimed two straight meetings with the Penguins and is coming off a come-from-behind 3-2 triumph in Wilkes-Barre/Scranton right before the holiday break. 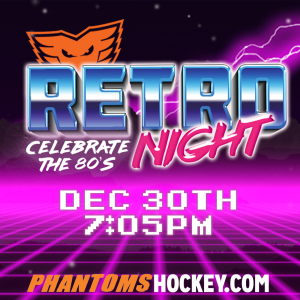 The Phantoms then return to action at PPL Center this Friday, December 29 and Saturday, December 30 when they host the Charlotte Checkers, AHL affiliate of the Carolina Hurricanes, for a two-game series. Charlotte (20-10-0-1, 41 pts., 0.661 pts. pct., 2nd Atlantic Division) split a pair of games before the holiday break and enters the week having won four of its last five games and eight of 10 overall. Last week, the Checkers were handed a 5-4 setback to the Hershey Bears on Wednesday before earning a split in their two-game series with a 6-0 shutout of the Bears just 24 hours later.

This weekend’s games will be the third and fourth meetings of the regular season between Lehigh Valley and Charlotte. The Phantoms split a two-game series at Bojangles’ Coliseum in Charlotte earlier this month earning a 6-3 win over the Checkers on December 12 only to be handed a 5-2 setback the following evening.

A limited number of tickets remain to this Friday’s game and can be purchased online HERE.

Saturday’s game is then Retro Night where we celebrate the totally righteous decade that was the 1980’s. Fans are encouraged to come to the game dressed in their best 80’s attire as we celebrate a decade filled with scrunchies, neon, side ponytails, parachute pants and velour. The Phantoms will also be wearing Specialty Retro Night jerseys during the game and fans are encouraged to stick around for our Post-Game Specialty Retro Jersey Auction in The Morning Call Club. A limited number of tickets remain for Saturday’s game and can be purchased online HERE. 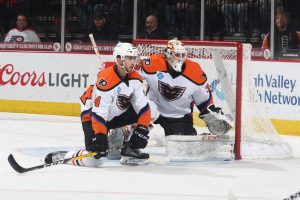 Oskar Lindblom and Reece Willcox each tallied a goal and an assist and Phil Varone added a pair of helpers as the Phantoms erased deficits in the first, second and third periods en route to collecting a critical standings point as part of a 5-4 overtime decision to the Hartford Wolf Pack in front of 7,026 fans inside PPL Center. Greg Carey (16th) and Steven Swavely (2nd) also found the back of the net for Lehigh Valley in front of goaltender Dustin Tokarski who denied 30 of Hartford’s 35 total shots.

John Gilmour, Caleb Herbert and Anthony DeAngelo paced the Wolf Pack’s offense with a goal and an assist each while netminder Marek Mazanec earned the victory with a 30-save performance. 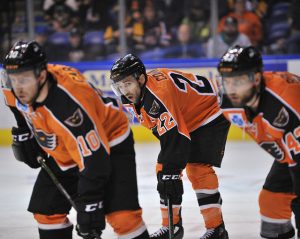 Nic Aube-Kubel (9th) and Oskar Lindblom (9th) both scored in the third period as the Phantoms orchestrated a come-from-behind 3-2 victory over the rival Penguins in Wilkes-Barre/Scranton. Lindblom’s goal was part of his first professional three-point night as the 21-year-old winger paced Lehigh Valley’s offense with a goal and two assists. Chris Conner (6th) added a goal and an assist while red-hot Corban Knight chipped in a pair of assists as he’s now tallied 18 points (6 goals, 12 assists) over his last 15 games.

Dustin Tokarski earned the win between the pipes with an impressive 39-save performance that included denials of each of Wilkes-Barre/Scranton’s 14 third period offerings.

Service Electric’s TV2 Sports will be broadcasting live each of the Phantoms’ 23 home games throughout the 2017-2018 regular season. If you can’t make it out to the rink, be sure to catch all the exciting action live in HD quality with Steve Degler, Todd Fedoruk, Doug Heater and Kristi Fulkerson! Pre-game coverage begins with “Phantoms Front and Center” 30 minutes before puck drop.