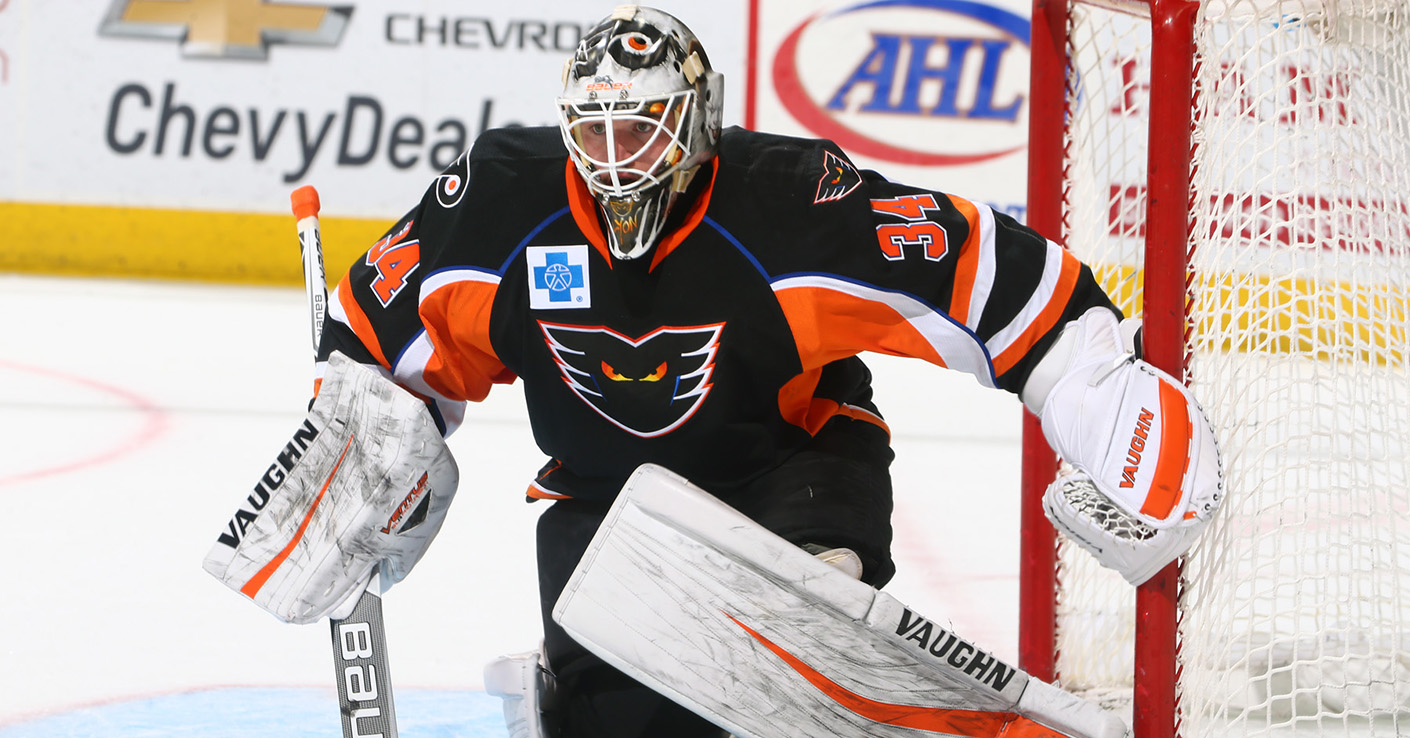 The Philadelphia Flyers, parent club of the Lehigh Valley Phantoms, have announced today that they have activated goaltender Alex Lyon from Injured Non-Roster Status and loaned him to Lehigh Valley.

A 25-year old out of Baudette, Minnesota, Lyon recently completed his second professional season in which he recorded a 16-8-2 record with the Phantoms. After earning his first call up to the NHL on January 30, he also made his NHL debut with Philadelphia against the Washington Capitals on January 31.  Later in the season, the Yale University product earned his first NHL victory on February 18 against the New York Rangers.  By season’s end, Lyon had appeared in 11 games for the Flyers and held a record of 4-2-1.

Lyon recently signed a two-year contract with the Flyers on July 7, 2018.