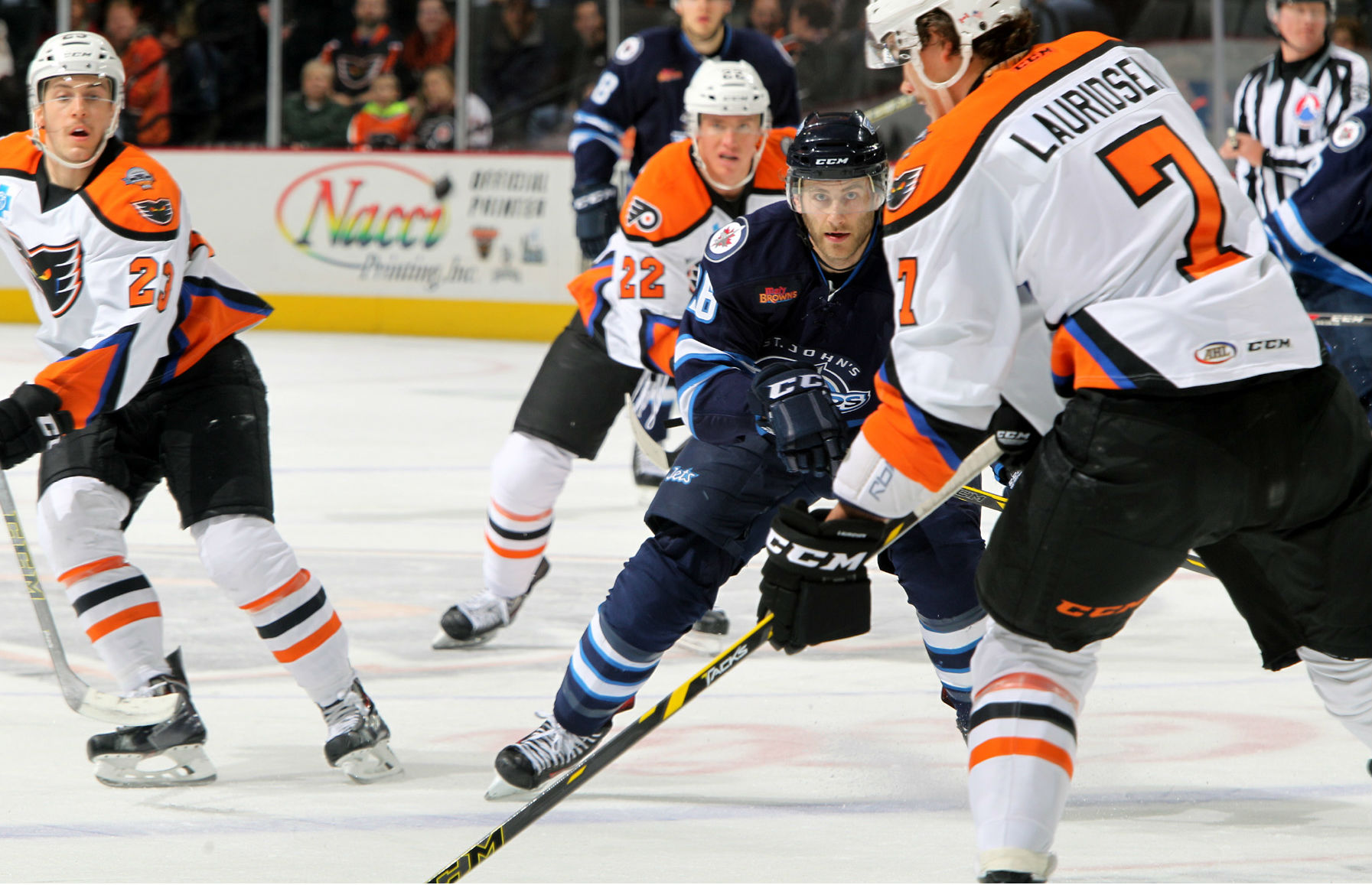 The Lehigh Valley Phantoms wrap up their five-game road trip this weekend as the team heads up to St. John’s for a pair of showdowns with the IceCaps. 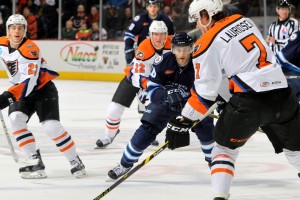 Lehigh Valley (16-12-4-1, 37 pts.) is already 2-1 on its current road swing and enters the week in sole possession of third place in the East Division. The Phantoms are presently just two points back of second-place Hershey and seven points behind division-leading Wilkes-Barre/Scranton with one and four games-in-hand respectively on the Bears and Penguins. Lehigh Valley enters the week having won three of its last four games and five of eight tilts overall. What’s more, the Phantoms have garnered at least one standings point in eight of their last 10 outings.

Meanwhile, St. John’s (14-16-5-1, 34 pts.) currently sits in sole possession of fourth place within the Northeast Division. The IceCaps kicked off their busy four-game week with a 1-0 overtime victory against the Manchester Monarchs last night as St. John’s earned just its third win in the last seven games. The IceCaps and Monarchs renew their division rivalry again tonight before the Phantoms invade Mile One Centre in St. John’s this Saturday and Sunday.

This weekend’s clashes will mark the second and third of four total meetings during the 2014-2015 regular season between the Phantoms and IceCaps. Lehigh Valley was handed a 2-1 overtime setback at PPL Center back on November 22nd in the only prior showdown with St. John’s. The two Eastern Conference foes will conclude their regular season series back in Lehigh Valley on January 24th. 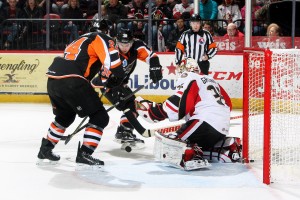 Jason Akeson notched his seventh goal of the season while Blair Jones converted his fourth tally of the year as the Phantoms closed 2014 with a 6-2 setback at the Binghamton Senators. Derek Grant recorded a goal and two assists while Carter Camper chipped in three helpers for Binghamton.

In his first appearance with Lehigh Valley since being called up by the Philadelphia Flyers, Rob Zepp registered seven saves on eight shots in relief of starter Anthony Stolarz who produced 16 saves on 21 total shots. 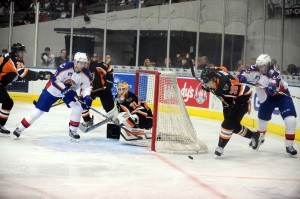 Nick Cousins buried the game-winner just 2:32 into overtime as the Phantoms kicked off 2015 with a dramatic 3-2 triumph over the Norfolk Admirals. Brandon Alderson and Jason Akeson scored in regulation for Lehigh Valley before Cousins’ eighth conversion of the year sealed the contest. Brandon Manning and Brett Flemming assisted on Alderson’s marker while Blair Jones earned an assist on Akeson’s tally, which was his second shorthanded marker and the Phantoms’ fourth shorthanded goal scored this season.

Rob Zepp earned his ninth victory of the season with 34 saves on 36 Norfolk shots while Lehigh Valley claimed its ninth one-goal win of the season as the Phantoms improved to 3-4 in games decided in overtime. 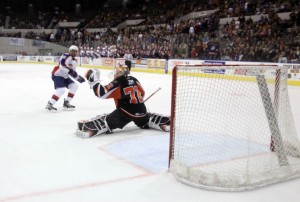 The Phantoms completed their weekend sweep of the Admirals and earned their 16th victory of the season thanks to a 3-2 shootout win last Saturday in Norfolk. Zack Stortini and Petr Straka scored in regulation for Lehigh Valley before Jason Akeson ended the back-and-forth affair in the shootout. Zepp earned his 10th win of the season thanks to another 34-save performance.

With the win, the Phantoms improved to 4-1 in shootouts this season and 10-2-4-1 in one-goal contests this year. Lehigh Valley also improved to 11-4 when scoring a power play goal this season.