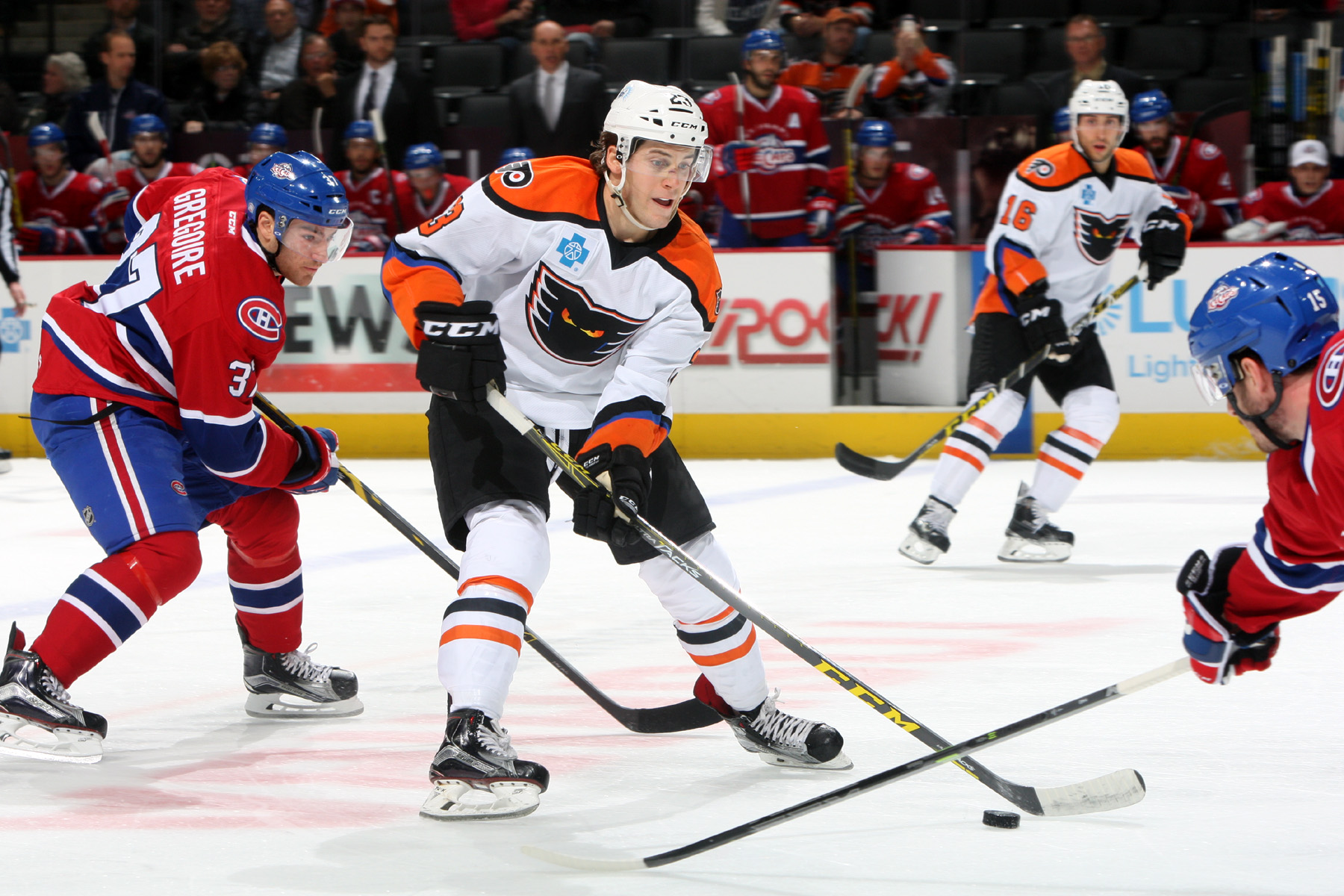 Coming off a pair of wins at home over the weekend, the Lehigh Valley Phantoms (29-32-7, 65 pts., 7th Atlantic Division) prepare to hit the road this week as the team travels to St. John’s for a weekend series with the IceCaps. 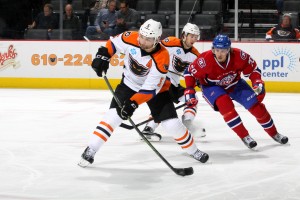 The two-game set between the Eastern Conference foes begins on Friday, April 1 and concludes the following evening. St. John’s (29-29-11, 69 pts., 6th North Division) dropped two of three outings last week and enters the week having lost six of its last nine games overall (3-6-0). After a 6-5 setback at Rochester last Wednesday, the IceCaps exacted a little revenge two nights later with a 5-3 triumph over the Americans before closing the week with a 5-3 loss at the Toronto Marlies on Saturday. St. John’s opens this week’s action on Tuesday, March 29 in a rematch with the Marlies in Toronto before welcoming the Phantoms to town this Friday and Saturday.

This weekend’s contests will mark the final meetings of the 2015-2016 regular season between the Phantoms and IceCaps after the two sides split the first two collisions. Lehigh Valley claimed the series opener with a convincing 5-1 win at PPL Center on October 28 before St. John’s evened the season set with a 3-2 victory 48 hours later.

Be sure to catch all of this weekend’s action on FOX 1470-AM, online at www.fox1470.com or via the iHeartRadio app beginning with “Countdown to Faceoff” at 5:20 p.m. locally. Puck drop for both nights is scheduled for 6:00 p.m. locally here in Lehigh Valley.

The Lehigh Valley Phantoms saw their sellout streak reach nine straight games amidst their final regular season showdown with the Hershey Bears at PPL Center this year. Hershey spoiled the gathering of the 8,433 fans in attendance though with an 8-0 win in downtown Allentown. Chris Bourque (2 goals, assist) and Nathan Walker (goal, 2 assists) led the offensive charge for the Bears while Dan Ellis recorded the shutout with a 21-save performance.

Despite the setback, the Phantoms continue to lead the season series with a 6-5 mark head-to-head against Hershey. 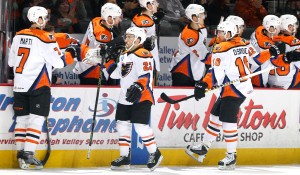 Chris Conner scored twice (15th, 16th) and tallied three points overall as the Phantoms capped their regular season series with the Providence Bruins with a 4-3 triumph in front of 8,609 fans at PPL Center. Tim Brent (7th) and Davis Drewiske (4th) also scored for Lehigh Valley while Martin Ouellette backstopped the victory with 33 saves on 36 Providence shots.

With yet another capacity crowd on hand, the Phantoms stretched their sellout streak to 10 consecutive games. Lehigh Valley finished its season series with a 4-2 record against the Bruins.

Martin Ouellette turned in a stellar 38-save performance as Lehigh Valley capped its four-game home stand at PPL Center with a 2-1 win over the Hartford Wolf Pack. Davis Drewiske (5th) and Pavel Padakin (2nd) both scored for the Phantoms while Danick Martel, Petr Straka, Tyrell Goulbourne and Samuel Morin added assists in the winning effort. With the victory, Lehigh Valley finished its six-game regular season series against Hartford with a 2-3-1 overall mark.

With 8,677 fans on hand to enjoy the victory, the Phantoms extended their sellout streak to 11 consecutive games.

Service Electric’s TV2 Sports will be broadcasting live all of the Phantoms’ three remaining regular season home games. If you can’t make it out to the rink, be sure to catch all the exciting action live in HD quality with Steve Degler, Peter Zingoni, Doug Heater and Kristi Fulkerson! Pre-game coverage begins with “Phantoms Front and Center” 30 minutes before puck drop. And don’t miss “Phantoms – Breaking the Ice” every Monday from 7:00 – 7:30 p.m. throughout the season live at Chickie’s & Pete’s at PPL Center!

Tickets for all of the Phantoms’ three remaining regular season home games are available now online at pplcenter.com, by calling 610-347-TIXX [8499] or in-person at the Mealey’s Furniture Box Office at PPL Center (7th & Hamilton).