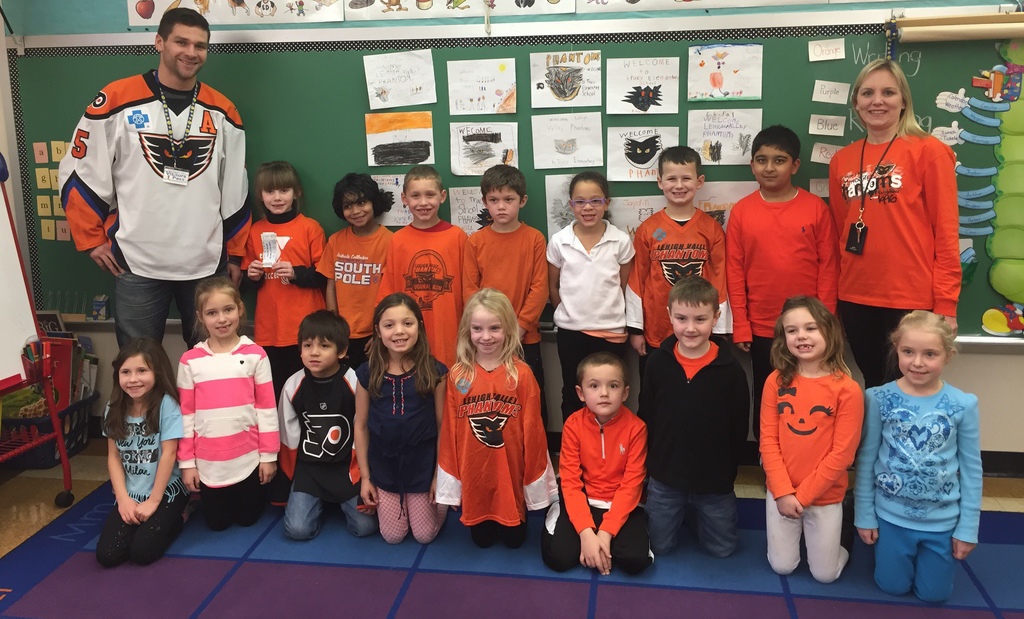 Lehigh Valley, PA – The Lehigh Valley Phantoms, proud AHL affiliate of the Philadelphia Flyers, are pleased to announce that Davis Drewiske has been named the team’s winner of the IOA/American Specialty AHL Man of the Year award for his outstanding contribution to the Lehigh Valley community during the 2015-2016 season. 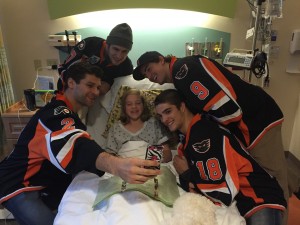 A frequent contributor to the team’s community outreach initiatives, Davis helped launch the Phantoms Charities Floor Hockey Donation program by researching equipment and visiting with physical education instructors in the Lehigh Valley, as well as scheduling and ultimately coordinating the donation deliveries to Roberto Clemente Charter School (March 28) and Raub Middle School (April 5). As part of these delivery donations, Davis, along with several Phantoms teammates, delivered nearly $2,500 in brand-new floor hockey equipment and worked directly with the students to introduce a series of skills and drills to begin their floor hockey education.

Davis also helped quarterback a special Big Brothers Big Sisters night at PPL Center where more than 30 bigs and littles were given a behind-the-scenes tour of the Phantoms locker room along with an opportunity to take the ice at PPL Center. He also participated in the team’s G.O.A.L. (Get Out And Live) Program, a healthy living assembly presented to elementary schools across the Lehigh Valley. Along with the Phantoms’ mascot, meLVin, Davis helped bring the program’s five healthy initiatives to life by noting how he has applied each in his journey to becoming a professional hockey player. 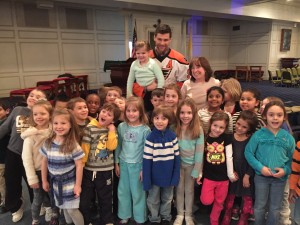 Finally, he attended each of the team’s visits to the children’s wing at Lehigh Valley Hospital as well as participated in Phantoms Youth hockey practices and reading visits to elementary schools.

Davis is now one of 30 finalists for the AHL’s 2015-16 Yanick Dupre Memorial Award, honoring the IOA/American Specialty AHL Man of the Year. The league award is named after the former Hershey Bears forward and AHL All-Star who died in 1997 following a 16-month battle with leukemia. The winner of the Yanick Dupre Memorial Award will be announced by the American Hockey League in April.