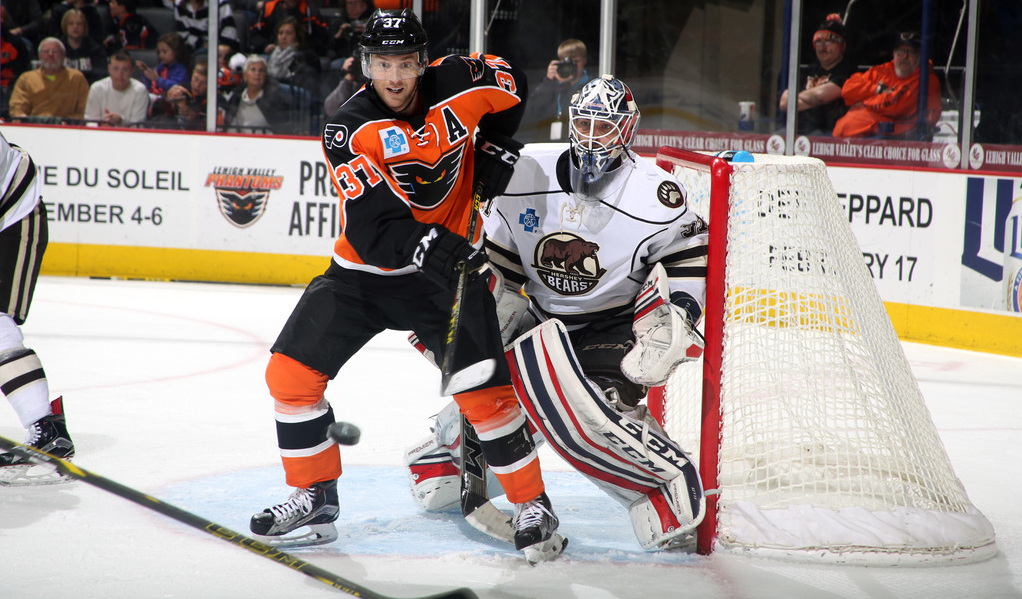 Fresh off a split in the team’s Thanksgiving weekend home stand at PPL Center, the Lehigh Valley Phantoms (9-11-1-0, 19 pts., 5th Atlantic Division) hit the road this week for a trio of Eastern Conference showdowns. 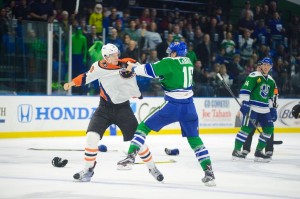 The action resumes for the Phantoms this Wednesday, December 2 when Lehigh Valley visits the Utica Memorial Auditorium for the second time in as many weeks for a showdown with the Comets. Utica (9-8-1-1, 20 pts., 5th North Division) enters the week in the midst of a four-game winning streak after claiming each of its three outings last week. First, the Comets landed a 7-1 victory at home over the Phantoms last Wednesday before sweeping a weekend series at the Portland Pirates. Utica has outscored its opposition 20-7 during its recent run, which comes on the heels of a four-game losing skid.

Wednesday’s contest marks the second of four total meetings during the 2015-2016 regular season between the Phantoms and Comets with the final two get-togethers set for Saturday, February 13 and Saturday, February 27 at PPL Center.

Lehigh Valley resumes its road swing on Friday, December 4 when the team invades the Mohegan Sun Arena in Wilkes-Barre/Scranton for a 7:05 p.m. meeting with the Penguins. Friday’s contest will be just the second of 12 total meetings this season between the Pennsylvania rivals after the Penguins claimed a 6-4 contest at home on October 17.

Wilkes-Barre/Scranton (16-2-0-0, 32 pts., 1st Atlantic Division) enters the week not only atop the Eastern Conference but leading the entire AHL with a .889 winning percentage. The Penguins have won four consecutive contests and 15 of the team’s last 16 games overall. What’s more, Wilkes-Barre/Scranton is unbeaten (10-0) at home at Mohegan Sun Arena this season. 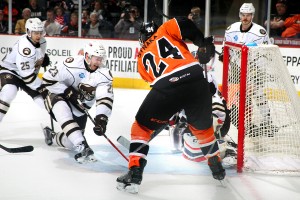 The Phantoms conclude their three-game road trip on Saturday, December 5 when they head to Giant Center in Hershey for a showdown with the Bears. Hershey (10-6-0-4, 24 pts., 3rd Atlantic Division) earned three of a possible six standings points in a trio of games last week, grabbing a 2-1 overtime win against the Providence Bruins on Wednesday before suffering a 6-5 shootout loss to the Phantoms on Friday followed by a 3-2 defeat at the Penguins on Saturday.

Saturday’s contest marks the fourth of 12 total meetings between Lehigh Valley and Hershey this season with the Phantoms holding a 2-1 record through the first three games of the rivalry series. Lehigh Valley has won each of its first two decisions with Hershey via shootout and claimed the only prior meeting at Giant Center with a thrilling 5-4 shootout triumph on November 1.

Be sure to catch all the road action this week on FOX 1470-AM, online at fox1470.com or via the iHeartRadio app beginning with “Countdown to Faceoff” 45 minutes before puck drop.

Aaron Palushaj landed his fifth goal of the season but that proved to be Lehigh Valley’s lone conversion in a 7-1 setback at Utica Memorial Auditorium. Phantoms alumnus Blair Jones scored twice for the Comets while Carter Bancks added a pair of assists for the home team. 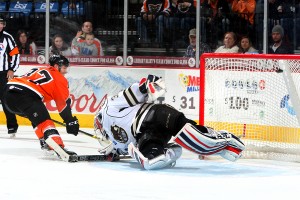 Petr Straka and Tyrell Goulbourne both scored twice in regulation before Tim Brent converted the shootout winner as the Phantoms earned a thrilling 6-5 victory in front of 8,262 fans at PPL Center. Taylor Leier (goal, assist), Chris Conner (2 assists) and Kevin Goumas (2 assists) also contributed multi-point efforts while Connor Knapp, making his first Lehigh Valley start this season, backstopped the win with 24 saves in regulation and overtime before a perfect 5-for-5 performance in the shootout.

The Phantoms won the special teams battle in convincing fashion with a 2-for-5 showing on the power play while keeping Hershey’s man-advantage off the board in just two opportunities. 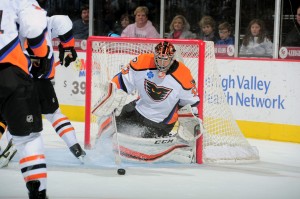 Making his first Phantoms start of the season, Martin Ouellette registered an impressive 30 saves but it wasn’t quite enough as the Providence Bruins handed Lehigh Valley a 3-0 loss in front of 8,423 fans at PPL Center. Malcolm Subban (18 saves) earned the win between the pipes for Providence while Brandon DeFazio, Seth Griffith and Anton Blidh found the back of the net for the Bruins.

The standing room-only crowd marked the third sellout this season for the Phantoms and the eighth time in 11 games at PPL Center that the Phantoms have skated in front of better than 8,000 supporters.