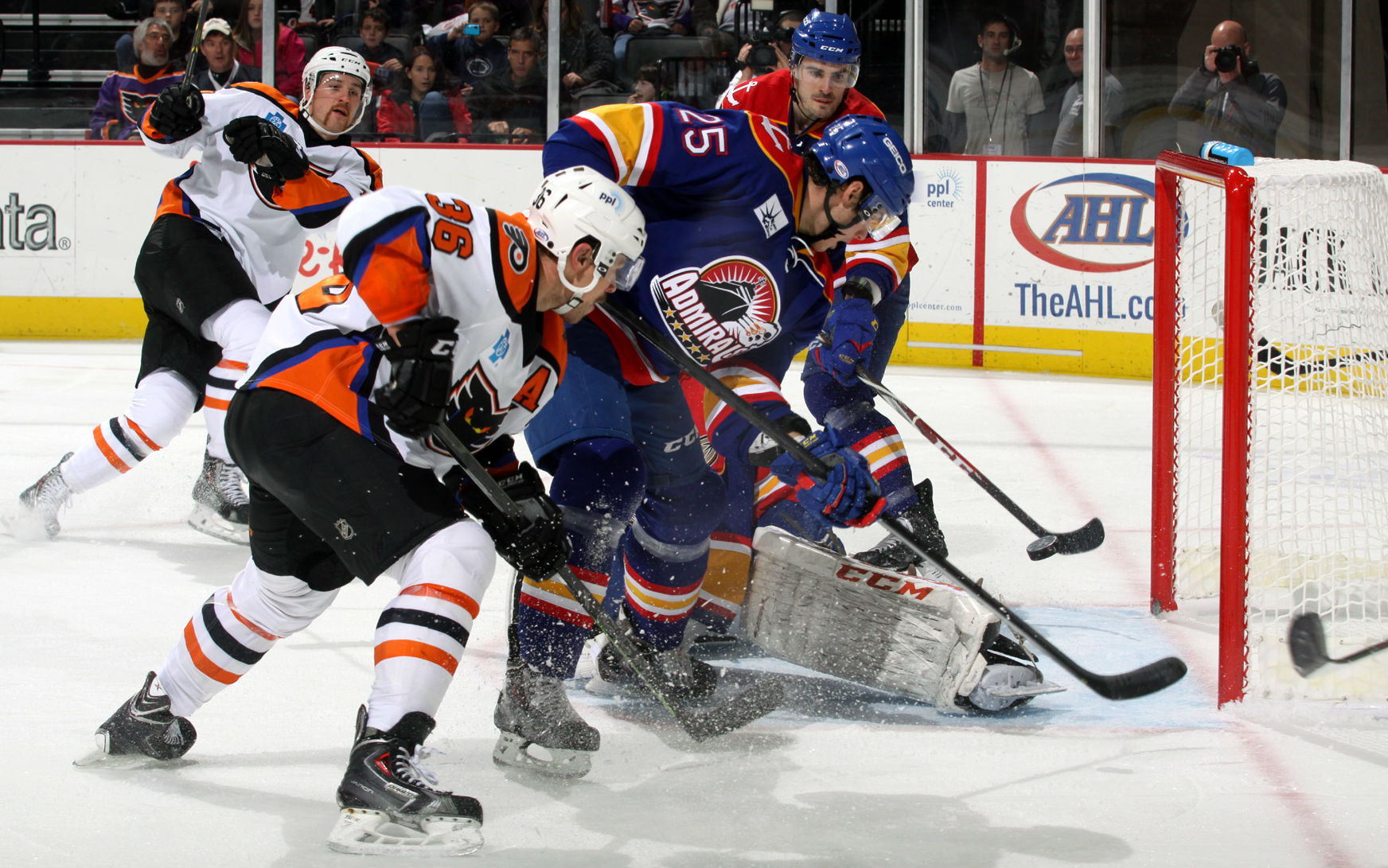 After a well-deserved holiday break, the Lehigh Valley Phantoms return to action this weekend for a pair of showdowns against East Division rivals. 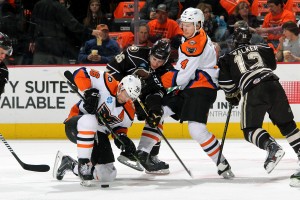 After an extremely productive week in which the Phantoms claimed five of a possible six standings points, Lehigh Valley (13-10-4-1, 31 pts.) returns to the frozen surface this Friday evening when the team heads to Hershey for a rivalry showdown with the Bears. Hershey (14-11-3-1, 32 pts.) enters the week in sole possession of second place in the East Division but just one point clear of the third-place Phantoms who still hold a game-in-hand on the Bears. Lehigh Valley enters the week in the midst of a season-high five-game point streak (3-0-2) while Hershey will be looking to snap a three-game winless skid (0-1-2). Friday’s tilt marks the fifth of 12 total meetings during the 2014-2015 regular season between the Phantoms and Bears with Lehigh Valley holding a 3-1 record head-to-head against Hershey. The home team has won each of the first four head-to-head meetings between the in-state rivals.

The Phantoms then return home to PPL Center on Saturday when they welcome the Norfolk Admirals to town for just the second time this season. Norfolk (12-17-0-0, 24 pts.) currently ranks fifth among the five teams in the East Division and enters the week seven standings points behind the third-place Phantoms after claiming three of its last five outings. Saturday’s tilt will be just the second of eight total meetings between the Phantoms and Norfolk during the 2014-2015 regular season after Lehigh Valley claimed the opener with a 4-3 triumph at PPL Center back on November 29th.

Saturday’s match-up also features a post-game photograph session with Phantoms players! Fans will have the opportunity to go down onto the ice and get pictures with their favorite Phantoms players. The photograph session will begin approximately 20 minutes following the conclusion of Saturday’s game and will last 45 minutes. Fans are required to provide their own cameras.

A limited number of tickets for Saturday’s highly-anticipated showdown, which includes free entry to the post-game photograph session, are available now at the Mealey’s Furniture Box Office at PPL Center (701 Hamilton), by calling 610-347-TIXX (8499) or online at pplcenter.com. 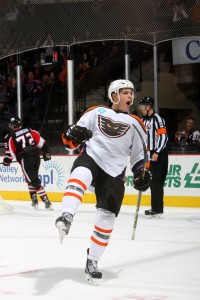 Petr Straka, Jason Akeson and Andrew Gordon combined to score three goals in just 21 seconds in the opening 36 seconds of Wednesday’s contest at PPL Center en route to a 5-3 victory over the Binghamton Senators. The feat, which matched an AHL record and established a new franchise mark for the fastest three goals scored by a single team, kick started Lehigh Valley’s offense which received a pair of power play conversions from Nick Cousins before the night was through.

Rob Zepp earned the victory in goal for the Phantoms as he registered the third 40-save performance (41 saves) by a Lehigh Valley netminder this season. The Phantoms went 2-for-6 on the power play as well as Lehigh Valley improved its record when scoring a man-advantage marker this season to 9-4. 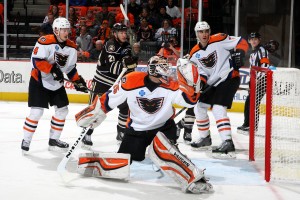 Anthony Stolarz registered his second professional shutout with a 32-save blanking of the rival Hershey Bears as part of a 2-0 triumph at PPL Center. Jason Akeson provided the offense for Lehigh Valley with his fifth and sixth goals of the season as the Phantoms improved to an impressive 9-2-2-1 at home.

Lehigh Valley’s penalty kill rose to the occasion as it went a perfect 2-for-2 in the contest while producing its third shorthanded conversion of the year. The victory was Stolarz’s fourth consecutive triumph over his last four starts between the pipes.

The Phantoms opened the scoring for the third straight game as Zack Stortini punched in his fourth goal of the season but the Hartford Wolf Pack were able to level the game just past the midway point of regulation before landing the game-winner with just over two minutes remaining in overtime as Lehigh Valley extended its point streak to a season-high five games with a 2-1 overtime setback.

Nick Cousins and Taylor Leier earned assists in the contest while Anthony Stolarz registered 24 saves on 26 Hartford shots as the Phantoms claimed five of a possible six points during their busy three-game week. Lehigh Valley’s penalty kill was a perfect 4-for-4 against the Wolf Pack.

Service Electric’s TV2 Sports will be broadcasting live all of the Phantoms’ 24 remaining regular season home games. If you can’t make it out to the rink, be sure to catch all the exciting action in high definition with Steve Degler and former Flyers and Phantoms goaltender Brian Boucher! And don’t miss “Phantoms – Breaking the Ice” every Monday from 7:00 – 8:00 PM throughout the season live at Chickie’s & Pete’s (701 Hamilton Street)!

Tickets for all of the Phantoms’ 24 remaining regular season home games, including this Saturday’s highly-anticipated showdown, are on sale now at the Mealey’s Furniture Box Office at PPL Center (7th & Hamilton), by calling 610-347-TIXX (8499) or online at pplcenter.com.