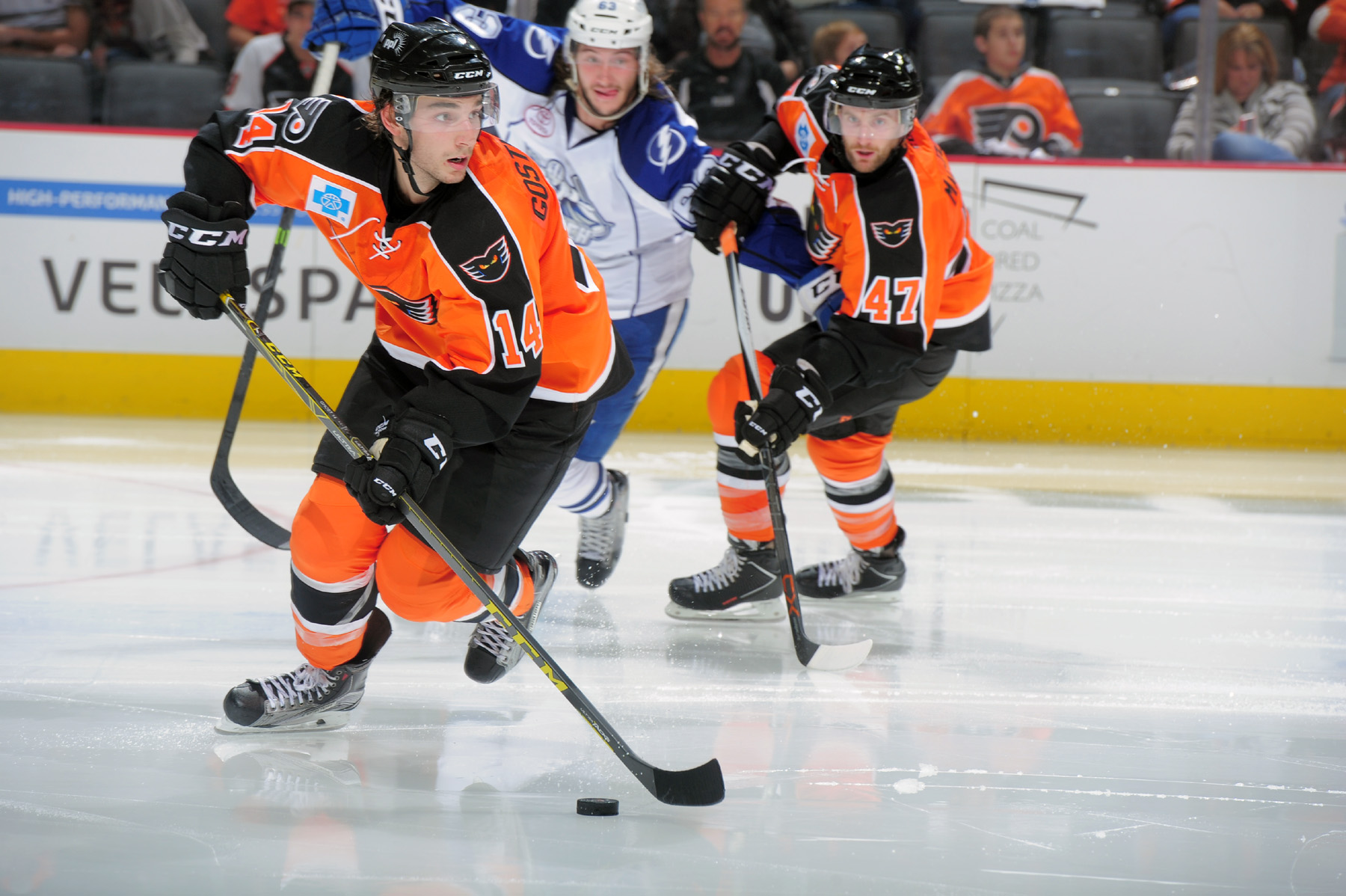 After opening the 2015-2016 regular season last Saturday in front of a raucous, sellout crowd at PPL Center, the Lehigh Valley Phantoms hit the road this weekend for the first time this year. 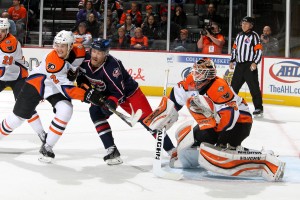 Lehigh Valley’s action resumes on Friday when the Phantoms head to Springfield for a 7:00 p.m. showdown with the Falcons. Friday’s contest marks the first of four total meetings during the 2015-16 regular between the Phantoms and Falcons after the two sides faced off just twice a year ago. Lehigh Valley and Springfield split their season series last year with the Falcons claiming a 3-2 decision at PPL Center on November 26 before the Phantoms returned the favor on February 15 with a 5-4 overtime triumph at MassMutual Center.

Springfield, the AHL affiliate of the Arizona Coyotes, opened the 2015-16 season with a 5-1 setback at home last Saturday to the Hershey Bears and followed that with a 5-3 loss at the Bridgeport Sound Tigers last evening in the Falcons first road game of the year.

The Phantoms then wrap up their weekend road trip on Saturday with a quick turnaround for a 4:05 p.m. contest at the Wilkes-Barre/Scranton Penguins. Saturday’s contest marks the first of 12 total meetings during the 2015-16 regular season between Lehigh Valley and Wilkes-Barre/Scranton. The two sides met a dozen times last year during which the Phantoms posted a 5-6-1 record head-to-head against the Penguins, which included a 3-3 mark in games played at Mohegan Sun Arena in Wilkes-Barre/Scranton.

The Penguins opened the season with a pair of road tilts last weekend. Wilkes-Barre/Scranton claimed a 2-1 overtime victory at the Providence Bruins last Friday before suffering a 4-1 setback in Bridgeport on Saturday.

Both road games will be available on Fox 1470 AM locally in Lehigh Valley, online at fox1470.com or through the iHeartRadio app. “Countdown to Faceoff” begins 45 minutes before puck drop. 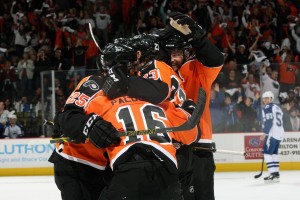 Aaron Palushaj, Chris Conner and Danick Martel all scored for the Phantoms as 8,425 rally towel-waving fans helped kick off the 2015-16 regular season at PPL Center. Despite a spirited third period comeback in which Lehigh Valley out shot visiting Syracuse 12-3, the Crunch were able to hang on for a 4-3 season-opening win.

Jonathan Marchessault (2 goals) and Dylan Blujus (2 assists) led the offensive effort for the Crunch while goaltender Kristers Gudlevskis earned the win with 26 saves on 29 Phantoms shots.