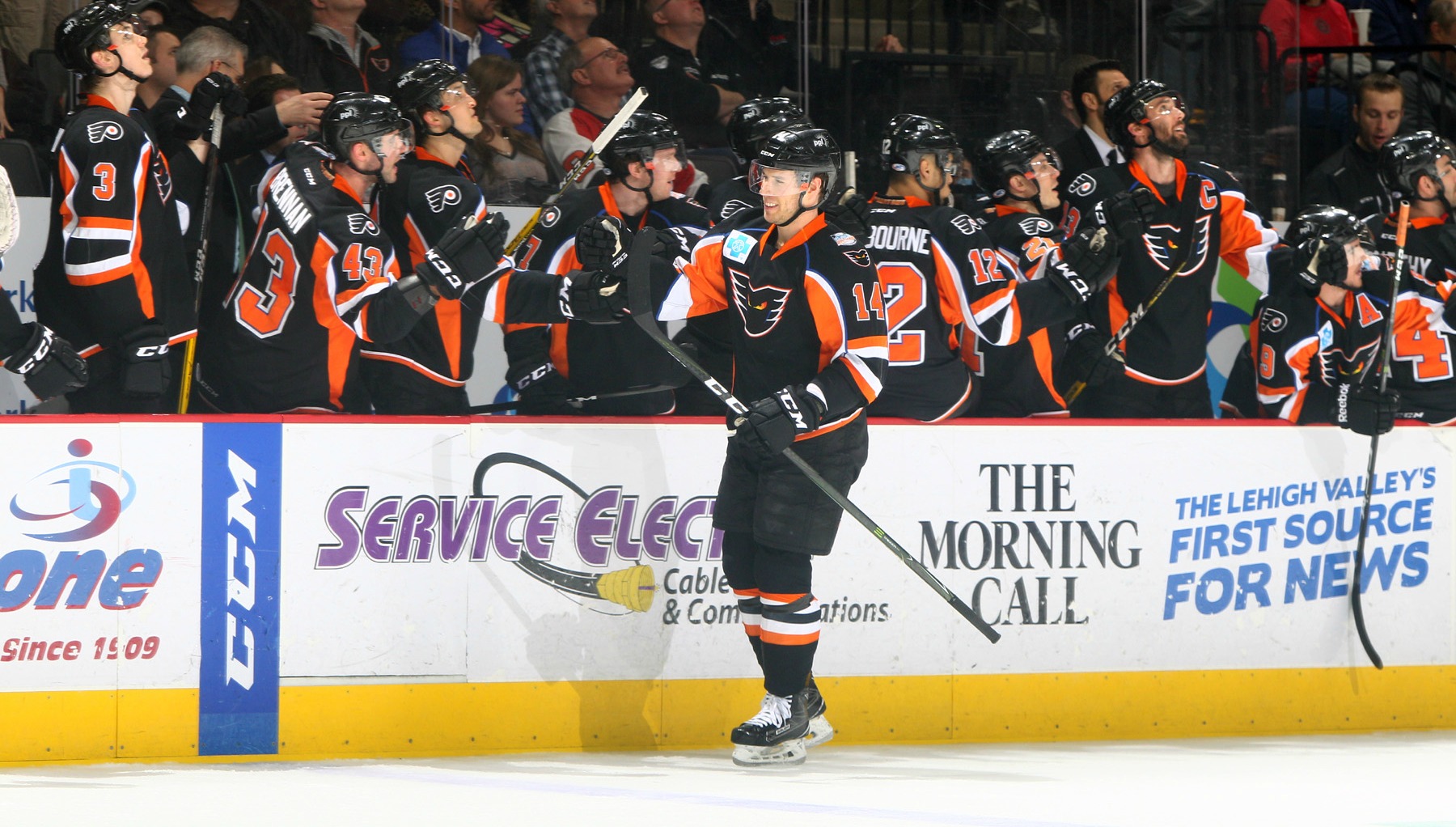 Winners of seven of their last 10 games overall (7-2-1), the red-hot Lehigh Valley Phantoms (43-20-4, 90 pts., 2nd Atlantic Division) hit the frozen surface three times this week against a trio of Atlantic Division rivals. The Phantoms enter the week tied for the second-most wins (43) in the 30-team AHL and currently boast the third-highest standings point total (90) in the league. What’s more, Lehigh Valley enters the week with a magic number (standings points needed to guarantee a berth in the 2017 Calder Cup Playoffs) of just 11. 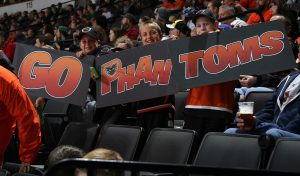 The Phantoms return to action at PPL Center this Friday, March 31 when they welcome the Bridgeport Sound Tigers, AHL affiliate of the New York Islanders, back to downtown Allentown. Bridgeport (39-24-4, 82 pts., 5th Atlantic Division) enters the week having dropped three of its last five games and four of six overall. What’s more, the Sound Tigers currently sit five points back of the Hershey Bears for the fourth and final playoff spot in the Atlantic Division.

Friday’s contest will mark the eighth and final meeting of the 2016-17 regular season between Lehigh Valley and Bridgeport with the Phantoms having posted a 3-4 mark against the Sound Tigers. Lehigh Valley has claimed three of the last four head-to-head collisions though, including a dramatic, come-from-behind 4-3 overtime victory against Bridgeport last Sunday.

Friday’s game will be a tribute to the best fans in the American Hockey League as the team celebrates Phan Nation during the annual Fan Appreciation Night. Enjoy tons of prizes to be given away throughout the game. A limited number of tickets remain for Friday’s game and can be purchased online HERE. 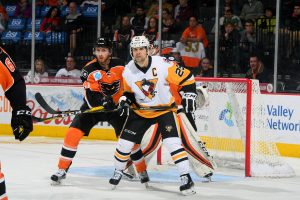 Lehigh Valley then hits the road for a pair of pivotal rivalry showdowns on Saturday and Sunday. First, on Saturday, April 1, the Phantoms invade Mohegan Sun Arena for a 7:05 p.m. tilt against the Wilkes-Barre/Scranton Penguins. Wilkes-Barre/Scranton (46-18-3, 95 pts., 1st Atlantic Division) enters the week riding a four-game winning streak and has captured seven of its last eight games overall. The Penguins currently boast the most wins (46) and highest standings points total (95) in the AHL.

The Phantoms then cap this week’s action on Sunday, April 2 when they travel to Giant Center in Hershey for a 5:00 p.m. showdown with the Bears. Hershey (38-19-11, 87 pts., 4th Atlantic Division) claimed two of three games last week and enters the week having won seven of its last eight outings.

T.J. Brennan scored the equalizing marker late in regulation and then the game winner in overtime as the Phantoms erased a 4-0 deficit en route to a thrilling 5-4 overtime victory in the opener of their two-game series with the St. John’s IceCaps. Cole Bardreau (9th), Nic Aube-Kubel (9th) and Maxim Lamarche (4th) also found the back of the net for Lehigh Valley in front of goaltender Anthony Stolarz who earned the win between the pipes with 29 saves on 33 IceCaps shots. 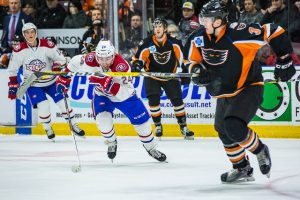 Taylor Leier (10th) tied the game late in regulation before Corban Knight sealed another come-from-behind Phantoms victory with the decisive goal in the shootout as Lehigh Valley swept its two-game set in St. John’s with a 3-2 win over the IceCaps. Scott Laughton (16th) also converted for the Phantoms as Lehigh Valley improved to 22-11-1 on the road this season.

Making his third straight start in goal, Anthony Stolarz earned the win between the pipes with an impressive 42 saves in regulation and overtime followed by a perfect 4-for-4 display in the shootout.

Tom Kostopoulos scored his team-leading 24th goal of the year and Tristan Jarry authored a 35-save shutout as the Wilkes-Barre/Scranton earned a 4-0 win over the Phantoms in front of 8,836 fans inside PPL Center. With Saturday’s outcome, Lehigh Valley moved to 4-4-1 on the year against the Penguins. 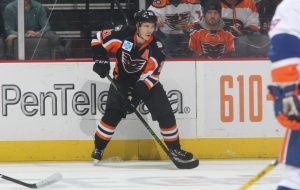 Mark Zengerle and Andy Miele both converted in the third period to force overtime before Miele tallied the game winner with just 35 seconds left in bonus hockey propelling the Phantoms to a come-from-behind 4-3 win over the Bridgeport Sound Tigers. Corban Knight (9th) also scored for Lehigh Valley in front of goaltender Anthony Stolarz who earned his 18th win of the season thanks to a strong 29-save performance.

Service Electric’s TV2 Sports will be broadcasting live all of the Phantoms’ five remaining regular season home games. If you can’t make it out to the rink, be sure to catch all the exciting action live in HD quality with Steve Degler, Todd Fedoruk, Doug Heater and Kristi Fulkerson! Pre-game coverage begins with “Phantoms Front and Center” 30 minutes before puck drop. And don’t miss “Phantoms – Breaking the Ice” every Monday from 7:00 – 7:30 p.m. throughout the season live at Chickie’s & Pete’s at PPL Center!

Tickets for each of the Phantoms’ five remaining regular season home games are available now online at pplcenter.com, by calling 610-347-TIXX [8499] or in-person at the PPL Center Box Office [7th & Hamilton].