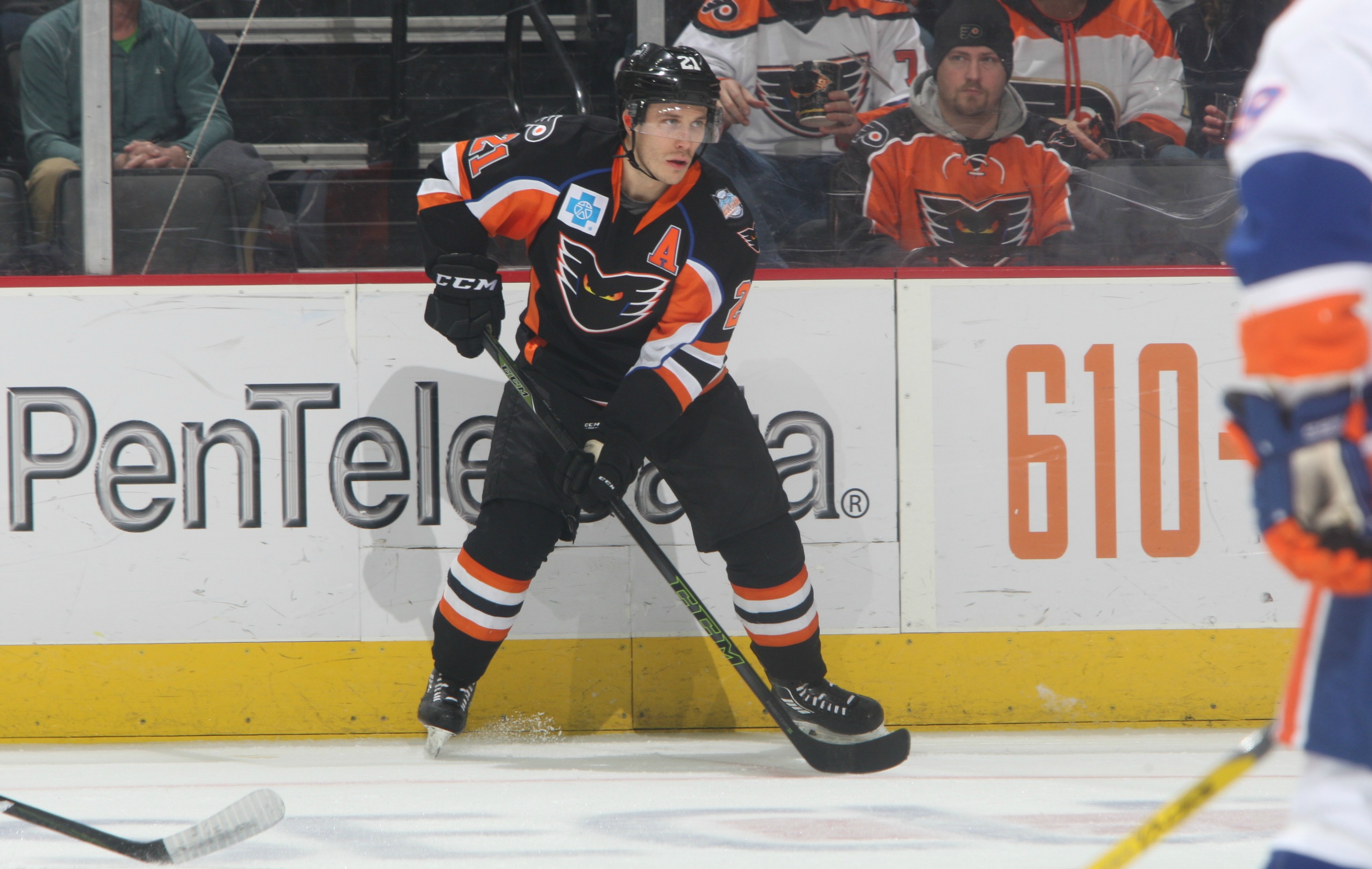 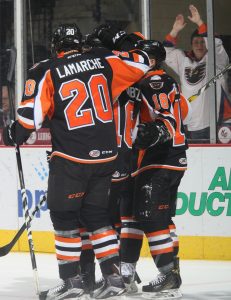 With the win, the Phantoms improved to 43-20-4 overall this season and remained in sole possession of second place in the tightly-contested Atlantic Division. What’s more, Lehigh Valley’s victory trimmed its magic number (standings points needed to guarantee a berth in the 2017 Calder Cup Playoffs) down to 11. The Phantoms have now won seven of their last 10 games overall (7-2-1).

Sunday’s win capped a week of thrilling comebacks after the Phantoms erased a 4-0 deficit Tuesday in St. John’s en route to a 5-4 overtime win before Lehigh Valley broke the IceCaps hearts again on Wednesday when the Phantoms tied the game late in regulation before prevailing in a shootout. 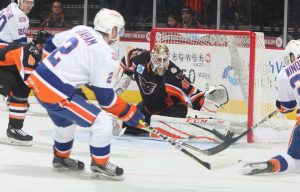 Miele (9th, 10th), Mark Zengerle (13th) and Corban Knight (9th) accounted for the Phantoms’ offense on Sunday in support of goaltender Anthony Stolarz who earned his sixth straight win and improved to 18-7-0 overall this year after a solid 29-save performance.

Sunday’s game marked yet another standing room-only sellout inside PPL Center. All told, Phantoms fans have produced 16 capacity crowds this season and have generated sellout crowds in eight of Lehigh Valley’s last 11 home outings. In just two games in downtown Allentown this weekend, more than 17,000 fans poured into PPL Center to support the Phantoms in their push towards the 2017 Calder Cup Playoffs.

The Phantoms opened the scoring just over seven minutes into the tilt when Knight snapped off a wrist shot from the bottom of the left wing circle that slipped under the right arm of Bridgeport netminder Stephon Williams before settling into the back of the Sound Tigers cage. Nic Aube-Kubel and Danick Martel assisted on the even-strength strike netted 7:10 into the first period, which marked the ninth conversion of the year for Knight. 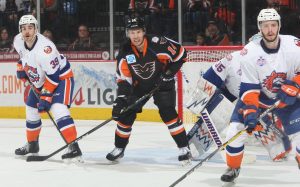 Bridgeport responded quickly though as the Sound Tigers were able to level the contest just half a minute later when a right point blast by Ryan Pulock deflected off the backside of Tim Wallace before settling into the Lehigh Valley net. Pulock and Jon Landry assisted on Wallace’s first tally of the year.

The Sound Tigers then jumped out to a 3-1 advantage on the strength of a pair of goals exactly one minute apart in the middle stages of the second stanza.

First, at 6:47 of the middle frame, Bridgeport converted on the power play when a smooth rush into the Lehigh Valley end resulted in Andrew Rowe’s 13th goal of the season. Carter Verhaeghe and Kyle Burroughs assisted on the man-advantage marker which was just the eighth power play goal allowed by the Phantoms over the team’s last 15 outings.

Then, exactly one minute later, the Sound Tigers doubled their advantage when Ben Holmstrom authored a cross-ice dish that connected with Ross Johnston on the left wing who promptly snapped home his eighth goal of the year. Holmstrom and Landry assisted on the even-strength strike notched 7:47 into the second period.

The Phantoms didn’t back down though and trimmed Bridgeport’s lead to a single goal just prior to the midway point of the third period when a stretch pass by Maxim Lamarche connected with Zengerle cruising down the left wing who made no mistake in briskly driving in his 13th goal of the year. Andy Miele collected the secondary assist on the five-on-five tally scored 9:27 into the final frame.

Lehigh Valley then leveled the contest with less than three minutes to play in regulation when, while on the power play, Miele snapped home the equalizing marker 17:18 into the third period. Brennan and Travis Sanheim assisted on the man-advantage conversion, which capped a 1-for-6 performance on the power play for Lehigh Valley on the night.

The Phantoms then completed their thrilling comeback with just 35 seconds left in overtime when a Taylor Leier shot produced a rebound in the Sound Tigers goal crease that was promptly pounced on by Miele. Leier and Brennan assisted on the game-winning streak netted 4:25 into overtime.

The Phantoms are back in action at PPL Center this Friday, March 31 when they welcome the Bridgeport Sound Tigers back to downtown Allentown for a 7:05 p.m. clash. Friday’s game will be a celebration of the best fans in hockey during the team’s annual Fan Appreciation Night. A limited number of tickets remain for Friday’s game and can be purchased online HERE.