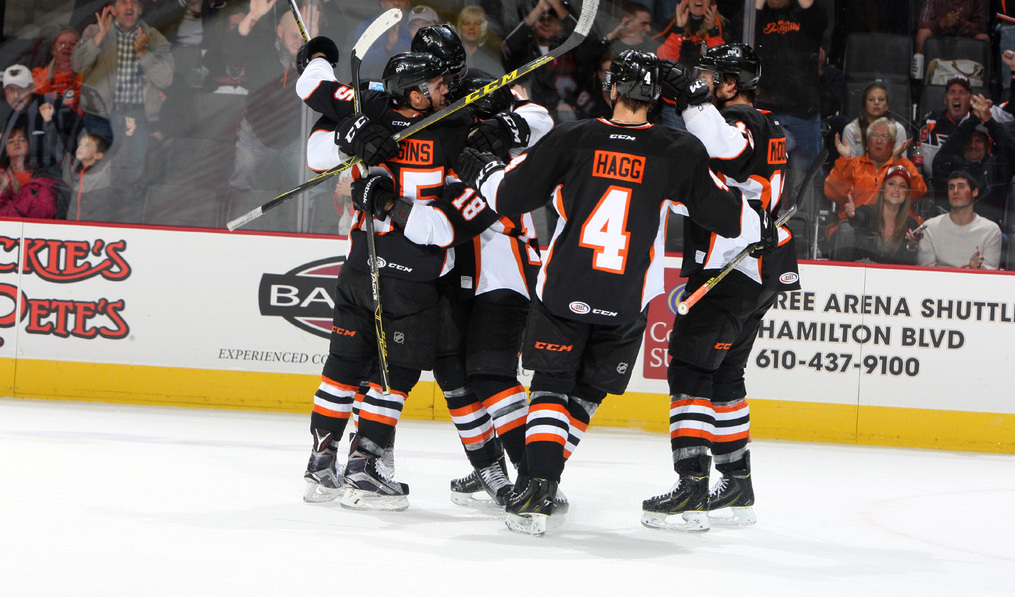 The wait is nearly over.

After a 173-day hiatus, Lehigh Valley Phantoms regular season action returns to PPL Center this Saturday, October 10 when the Phantoms welcome the Syracuse Crunch for a 7:05 p.m. showdown. This Saturday’s contest not only kicks off the Phantoms’ second campaign playing at the state-of-the-art PPL Center, but it also marks the start of the franchise’s 20th Anniversary Season. 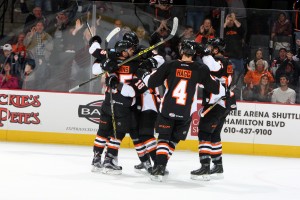 As part of Opening Night presented by The Morning Call, the first 8,500 fans in attendance Saturday will receive a FREE Phantoms Rally Towel courtesy of The Morning Call. A limited number of tickets to Saturday’s highly-anticipated home opener were just released and can be purchased online at pplcenter.com, by calling 610-347-TIXX [8499] or in-person at the Mealey’s Furniture Box Office at PPL Center (701 Hamilton Street).

This year will also be the first under the leadership of newly-appointed head coach Scott Gordon. The ninth bench boss in team history, Gordon most recently served as an assistant coach with the Toronto Maple Leafs from 2011 to 2014. Prior to that, he was the head coach of the New York Islanders for parts of three seasons from 2008 to 2010. Gordon brings eight years of AHL experience to the Phantoms. After serving as an assistant coach for parts of three seasons, he replaced Mike Sullivan as head coach of the Providence Bruins late in the 2002-03 campaign and guided the Bruins over the next five seasons. During that time, Gordon registered a 221-141-47 overall mark en route to playoff appearances in five of those six campaigns. In his final season at the helm in Providence, the Bruins produced a 55-18-7 overall record and a league-leading 117 points earning Gordon the Louis A.R. Pieri Memorial Award presented to the AHL’s Coach of the Year.

Taylor Leier, Kevin Sundher and Danick Martel all scored as the Lehigh Valley Phantoms erased a three-goal deficit in their preseason opener, but the Wilkes-Barre/Scranton Penguins were able to prevail for a 4-3 win inside Mohegan Sun Arena. Logan Pyett, Petr Straka, Cole Bardreau, Michael Parks and Pavel Padakin all picked up assists in the contest while Anthony Stolarz turned in an impressive effort between the pipes with 36 saves on 40 total shots.

The rivalry showdown featured plenty of early-season tenacity as the two sides combined for 68 penalty minutes. 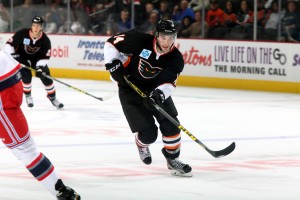 Taylor Leier netted the game’s opening goal with a brilliant redirection but the Hartford Wolf Pack answered back with three consecutive conversions en route to a 3-1 preseason victory inside PPL Center. Marek Hrivik registered a goal and two assists for Hartford while Petr Zamorsky chipped in a goal and an assist for the Wolf Pack.

Shayne Gostisbehere and Nick Cousins collected assists on Leier’s marker while Anthony Stolarz was strong in goal for the second straight game turning in 26 saves on 29 Hartford shots. 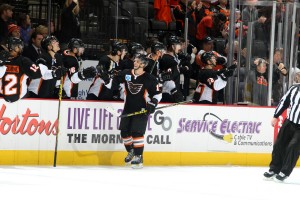 Nick Cousins and Danick Martel each registered a goal and an assist as the Lehigh Valley Phantoms closed the 2015 preseason with a 4-3 triumph over the Wilkes-Barre/Scranton Penguins at PPL Center. Petr Straka and Tim Brent also found the back of the net for the Phantoms while Shayne Gostisbehere, Cole Bardreau and Taylor Leier collected assists in the victory.

Making his first start of the preseason, veteran goaltender Jason LaBarbera registered 34 saves on 37 Penguins shots. Lehigh Valley’s special teams was also a big part of the victory as the team’s power play went 1-for-4 while the penalty kill successfully kept Wilkes-Barre/Scranton’s power play off the board despite five opportunities.

Service Electric’s TV2 Sports will be broadcasting live all of the Phantoms’ 38 regular season home games. If you can’t make it out to the rink, be sure to catch all the exciting action in high definition with Steve Degler, Doug Heater and Kristi Fulkerson! Pre-game coverage begins with “Phantoms Front and Center” 30 minutes before puck drop. And don’t miss “Phantoms – Breaking the Ice” every Monday from 7:00 – 7:30 p.m. throughout the season live at Chickie’s & Pete’s (701 Hamilton Street)!

Tickets for all of the Phantoms’ 38 regular season home games are available now online at pplcenter.com, by calling 610-347-TIXX [8499] or in-person at the Mealey’s Furniture Box Office at PPL Center (7th & Hamilton).