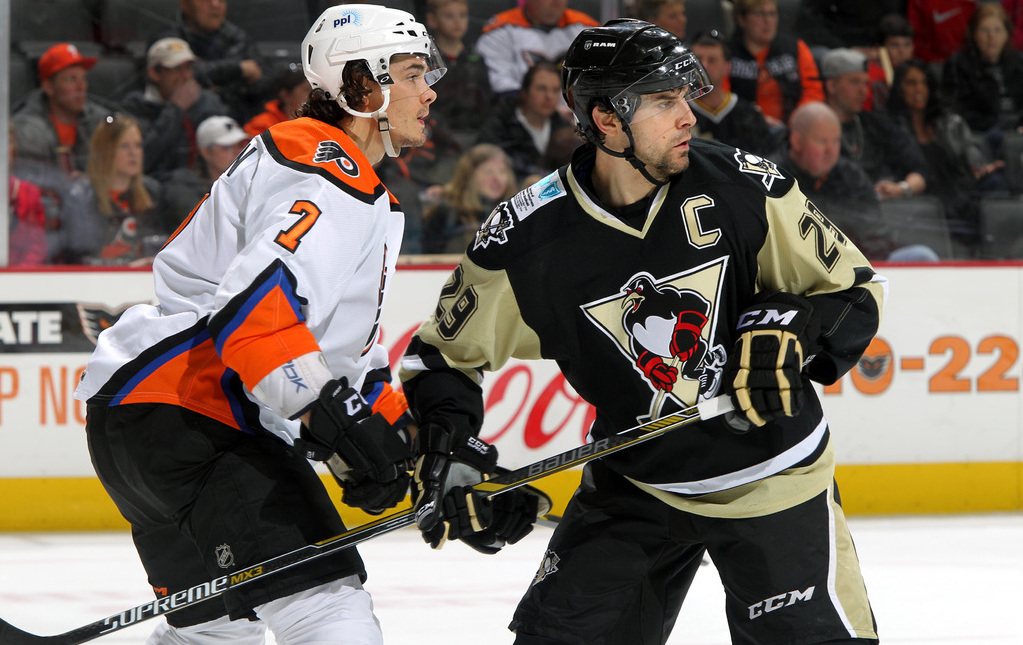 Sunday, March 29 (3:05 PM) – Manchester Monarchs @ Lehigh Valley Phantoms
(Post-Game Skate with the Phantoms! Bring your skates to the game and take the ice with your favorite players afterwards.)
(Legends Night – Brian Boucher! All fans in attendance will receive a FREE Collector’s Edition Poster.)

The Lehigh Valley Phantoms continue their four-game home stand with a trio of highly anticipated showdowns at PPL Center this week. 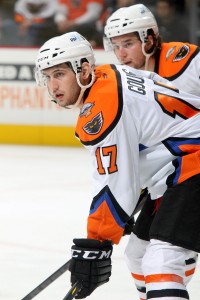 The Phantoms get an early start to their busy week as the team returns to action on Wednesday, March 25th when they welcome the Syracuse Crunch to town for the first and only time this season. Wednesday’s contest marks the second and final meeting of the 2014-2015 regular season after the Crunch claimed the series opener with a 4-2 victory at the Onondaga County War Memorial Arena in Syracuse back on January 23rd. Yanni Gourde led the offensive effort for the Crunch that evening with a pair of goals while Kevin Goumas chipped in a goal and an assist and Adam Comrie notched a pair of helpers for the Phantoms.

Lehigh Valley (29-27-6-1, 65 pts.) enters the week in sole possession of third place among the five teams in the East Division and is presently 10 standings points back of Springfield for the eighth and final playoff spot in the Eastern Conference with three games-in-hand on the Falcons. Meanwhile, Syracuse (38-18-8-0, 84 pts.) is seven points clear of the Hartford Wolf Pack for the top spot in the Northeast Division and enters the week third overall in the Eastern Conference. The Crunch took two of three games last week and enter the week having won five of their last six outings overall.

Wednesday’s game is another $2 Beer Night with $2 Coors Light drafts available from the time doors open until the start of the 2nd period. The mid-week contest also features a Sports Industry Career Fair at PPL Center from 3-5 PM featuring the Phantoms, Philadelphia Flyers, Philadelphia Phillies, Lehigh Valley Iron Pigs and more! Tickets to Wednesday’s game include complimentary admission to the career fair. 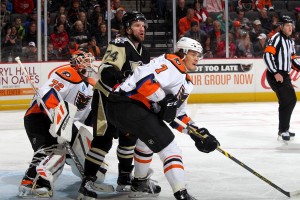 Lehigh Valley’s busy week then continues on Saturday, March 28th when the Phantoms welcome the rival Wilkes-Barre/Scranton Penguins back to downtown Allentown. Saturday’s collision will mark the ninth of 12 total meetings this year between the Pennsylvania rivals and the second collision between the East Division foes at PPL Center over the last seven days. The Phantoms are 4-3-1 against the Penguins this season and have claimed three of the last four head-to-head get-togethers.

Wilkes-Barre/Scranton (37-21-3-4, 81 pts.) is currently second in the East Division and fourth overall in the Eastern Conference. The Penguins earned just one win in three outings last weekend but enter the week having claimed five of their last eight tilts overall.

The Phantoms then wrap up their four-game home stand on Sunday, March 29th when they host the AHL-leading Manchester Monarchs at PPL Center for the first and only time this season. Entering the week, the Monarchs had dropped just 15 games in regulation time this season, including the only prior meeting between Lehigh Valley and Manchester when the Phantoms captured a 3-2 victory at Verizon Wireless Arena on November 7th. Andrew Gordon scored twice that evening and Taylor Leier netted the eventual game winner while Rob Zepp backstopped the triumph with a season-high 42 saves. 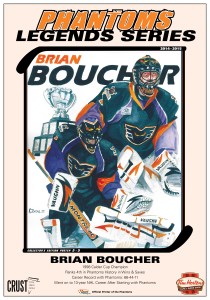 Manchester (41-15-6-2, 90 pts.) enters the week atop both the Atlantic Division and Eastern Conference and currently boasts the highest standings points total (90) among the 30 teams in the AHL. The Monarchs enter the week in the midst of a four-game winning streak and have outscored the opposition 14-5 during their recent run.

Sunday’s contest is another Legends Night as all fans in attendance will receive a FREE Collector’s Edition Poster spotlighting 1998 Calder Cup Champion and former Phantoms and Flyers goaltender Brian Boucher. Sunday’s game also features a post-game skate with the Phantoms. Fans are encouraged to bring their skates to the game and then take the ice with their favorite players afterwards.

A limited number of tickets for all three highly-anticipated games are available now through pplcenter.com, by calling 610-347-TIXX (8499) or in-person at the Mealey’s Furniture Box Office at PPL Center (701 Hamilton).

Cole Bardreau scored in his professional debut and Blair Jones also found the back of the net for the Phantoms but the Hartford Wolf Pack were able to hang on for a 3-2 win inside XL Center. Bardreau’s conversion came shortly after coming to Lehigh Valley on an amateur tryout while Jones’ marker was a welcome sight for the 28-year-old center who had missed the previous 24 games with a lower-body injury.

Steven Delisle, Scott Laughton, Brett Hextall and Taylor Leier all garnered assists in the contest for the Phantoms while Rob Zepp registered 29 saves between the pipes for Lehigh Valley. Meanwhile, Chris Mueller paced the offensive effort for Hartford with a goal and two assists while Oscar Lindberg added a goal and an assist for the Wolf Pack.

Brandon Manning tallied his 11th goal of the season but a quick start from the Worcester Sharks was too much for Lehigh Valley to overcome Saturday evening as the Phantoms were handed a 6-1 setback at DCU Center. Zack Stortini and Andrew Gordon assisted on Manning’s power play conversion as Lehigh Valley netted a man-advantage marker for the 33rd time this season.

Six different Sharks found the back of the net in the contest while 13 different Worcester skaters notched at least a single point. John McCarthy and Daniel Ciampini led the offensive effort for the Sharks with a goal and an assist each while Aaron Dell earned the victory in goal with 28 saves on 29 Phantoms shots. 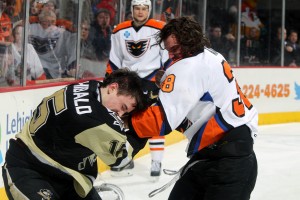 The Phantoms skated in front of their sixth consecutive standing room-only sellout at PPL Center Sunday evening but couldn’t solve Wilkes-Barre/Scranton rookie netminder Matt Murray as the first-year goaltender recorded his 10th shutout of the season as part of a 3-0 Penguins victory. Lehigh Valley out shot its Pennsylvania state rival 32-19 overall and accounted for 14 of the 17 total shots generated in the final period of regulation but were unable to capitalize in front of the 18th sellout this year at PPL Center.

Service Electric’s TV2 Sports will be broadcasting live all of the Phantoms’ eight remaining regular season home games. If you can’t make it out to the rink, be sure to catch all the exciting action in high definition with Steve Degler and former Flyers and Phantoms goaltender Brian Boucher! Pre-game coverage begins with “Phantoms Front and Center” with Doug Heater and Kristi Fulkerson 30 minutes before puck drop. And don’t miss “Phantoms – Breaking the Ice” every Monday from 7:00 – 8:00 PM throughout the season live at Chickie’s & Pete’s (701 Hamilton Street)!

Tickets for all of the Phantoms’ eight remaining regular season home games are available now at the Mealey’s Furniture Box Office at PPL Center (7th & Hamilton), by calling 610-347-TIXX (8499) or online at pplcenter.com.