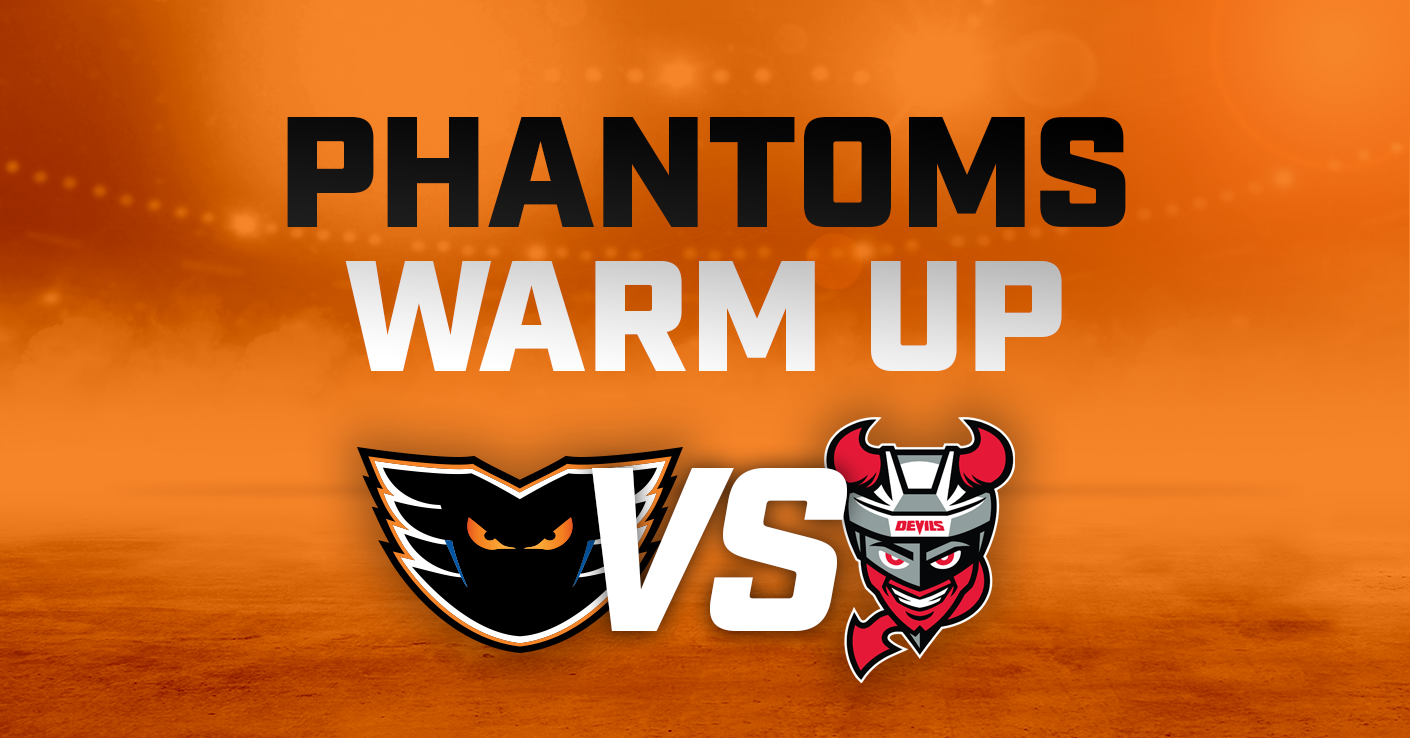 The Lehigh Valley Phantoms will square off against the Binghamton Devils for the third match of six total meetings on Friday, January 17, inside of PPL Center in downtown Allentown at 7:05 p.m.

Currently, the season series between the two teams is split at 1-1, with each team getting a win on their home ice. 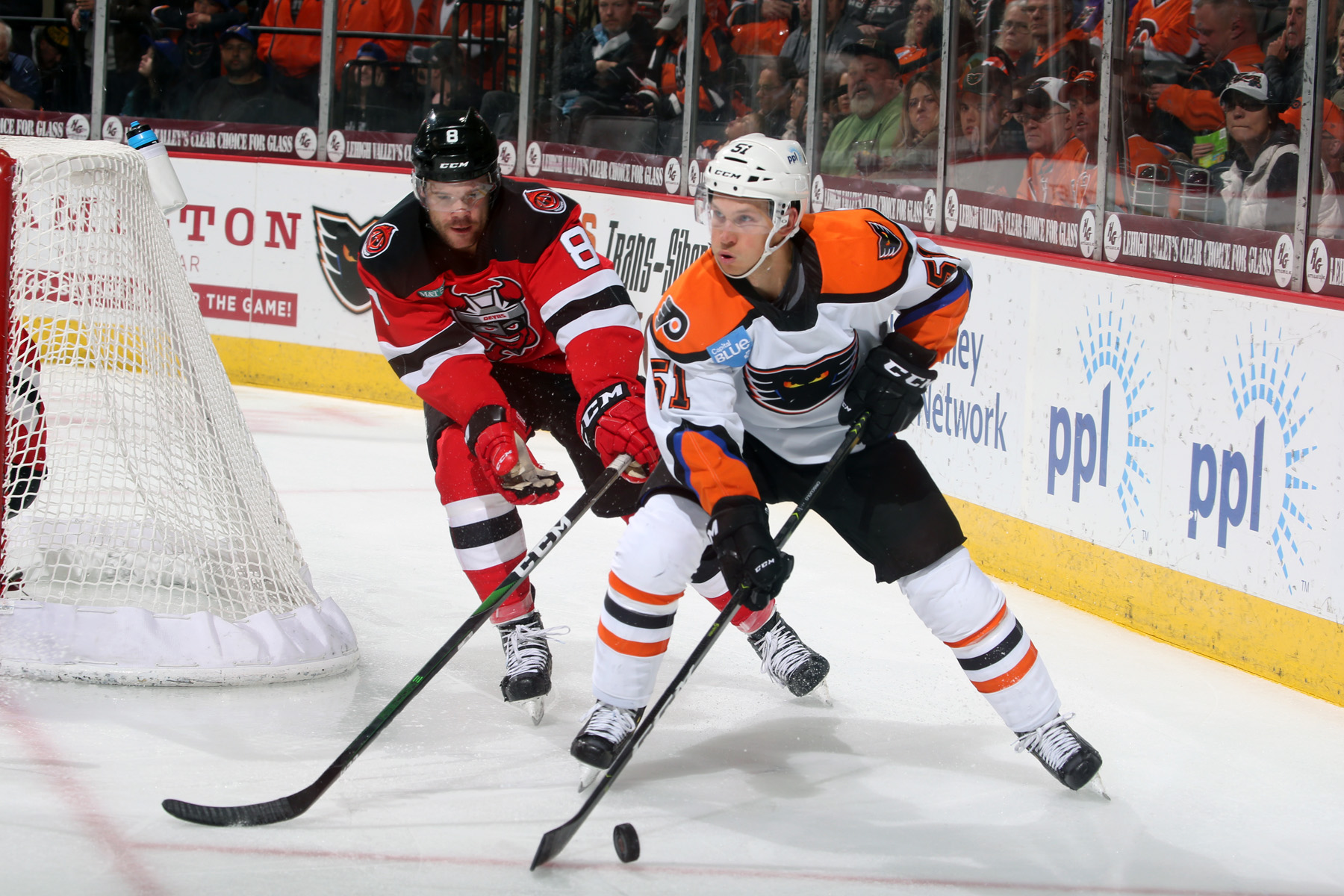 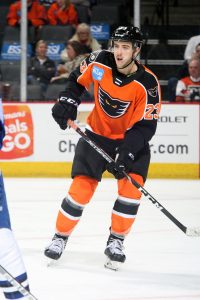 Morgan Frost recorded the first multi-goal game of his professional career on Wednesday night with two markers against the Syracuse Crunch.  Frost is also tied for the team lead with three multi-point games this season and has four points (3G-1A) in his past five games with the Phantoms.

Greg Carey now has 10 goals on the season after scoring in Wednesday’s game against Syracuse to lead the Phantoms in that category.  With the team’s power-play success against the Devils this season, look for Carey to make an impact on the scoresheet tonight.

January 15, 2020: The Philadelphia Flyers recalled from loan goaltender Alex Lyon from the Lehigh Valley Phantoms and returned on loan forward Joel Farabee to the Phantoms.

January 16, 2020: The Philadelphia Flyers recalled from loan forward Joel Farabee from the Lehigh Valley Phantoms and loaned forward Chris Stewart to the Phantoms.

The Lehigh Valley Phantoms will finish their current five-game homestand Saturday night, January 18, with a game against the Rochester Americans at 7:05 p.m.

Start your engines!  Saturday’s game will feature a high-speed theme and more as the Phantoms celebrate Racing Weekend!  Don’t miss your chance to meet professional driver Josh Reaume, driver of the Lehigh Valley Phantoms No. 33 Chevrolet Silverado at Pocono Raceway this past summer, as well as see both the Phantoms car and truck.  There will also be a tire-change simulator and, what’s more, the Phantoms will be wearing special racing-themed warm up jerseys both nights that will be auctioned off following the conclusion of Saturday night’s game.

Looking for a deal?  Speed into some savings with one of our many package deals available for the 17 and 18!  Choose from the Tacos Y Tequila Value Pack, Phantoms Holiday Pack or the Love Your Melon Pack.  Head over to the Special Tickets Promotions Page for more information or to order yours today!