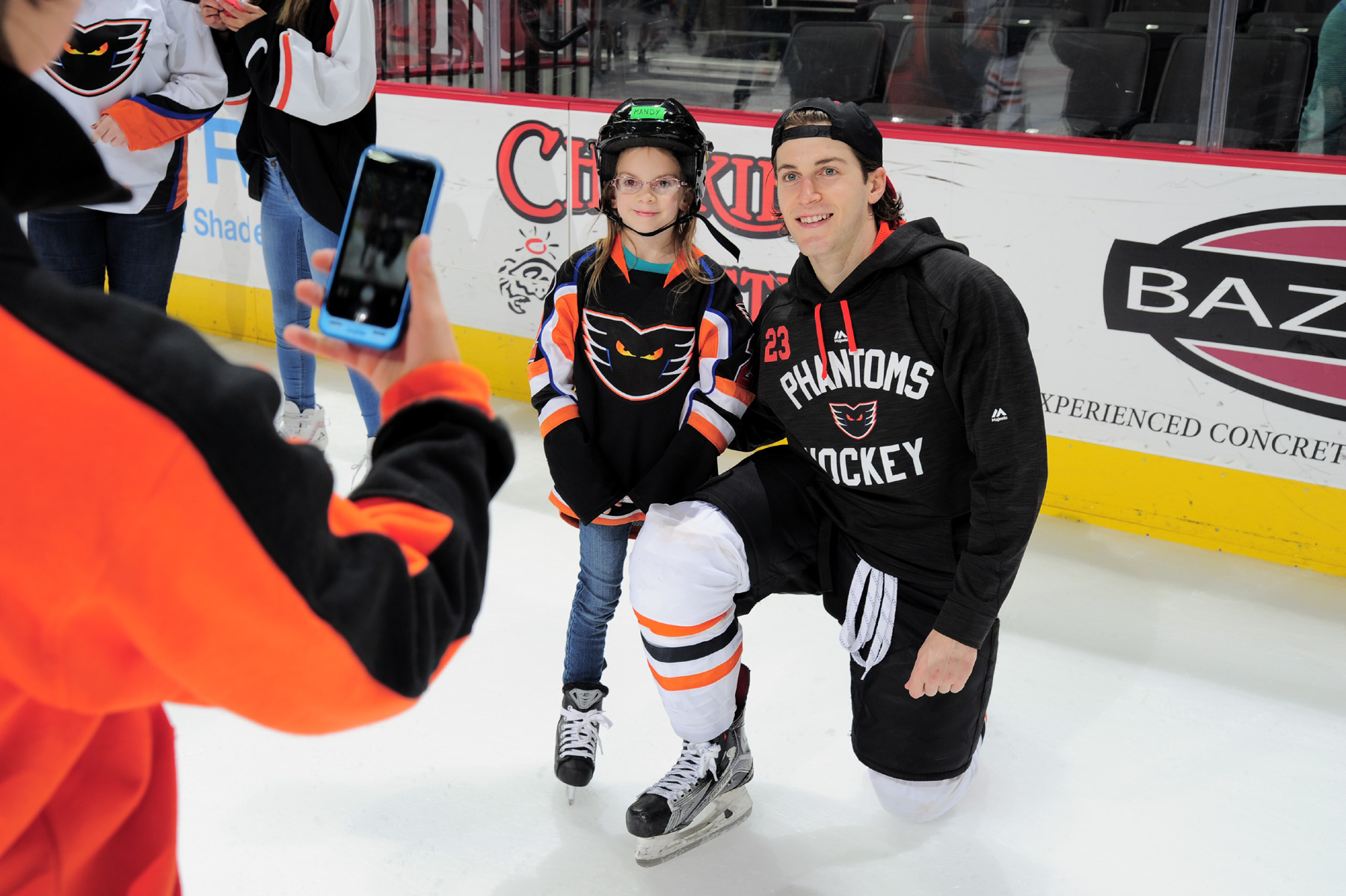 Lehigh Valley, PA – The Lehigh Valley Phantoms, proud AHL affiliate of the Philadelphia Flyers, are giving their fans the opportunity to get up close and personal with this year’s team through a series of interactive post-game events, which were unveiled today as part of the club’s jam-packed promotional schedule for the upcoming 2016-2017 season. 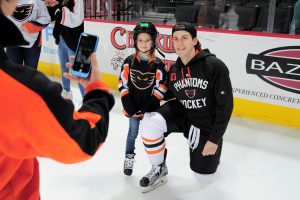 As part of the team’s third campaign playing at PPL Center, the Phantoms will host two post-game autograph sessions (Saturday, October 22 and Saturday, February 11) along with a post-game skate with the team (Saturday, March 11) and post-game photograph session with the players on the ice (Wednesday, December 14).

“These special nights provide a tremendous opportunity for our fans to get to know our players better and for our players to really connect with our fans,” said Executive Vice President Chris Porreca. “Our interactive post-game promotions are among our most popular events all season and we want to continue to provide these opportunities for engagement to our fans.” 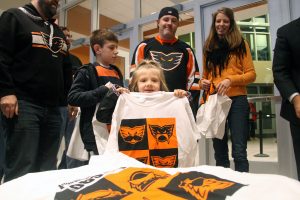 This season will once again feature some great giveaways for kids too, including a Youth Winter Hat presented by PPL Corporation on Friday, December 9, a Youth Jersey presented by Capital BlueCross, Dick’s Sporting Goods and Pennsylvania Leadership Charter School (PALCS) on Saturday, January 25 and a meLVin Garden Gnome presented by Capital BlueCross and Service Electric on Saturday, March 25. All three items will be enjoyed by the first 2,500 kids 14 and under in attendance on those nights.

Lehigh Valley will then coordinate a trio of specialty jerseys with a series of theme nights beginning in mid-December when the team will wear a specialty Holiday jersey on Friday, December 16 and Saturday, December 17 as part of the team’s holiday celebration, which culminates on Monday, December 26 with Light the Night. Then, in advance of the highly-anticipated 2016 Capital BlueCross AHL All-Star Classic weekend, the Phantoms will don specialty All-Star Classic jerseys on Friday, January 20 and Saturday, January 21 before the historic event hits downtown Allentown January 28-30. Finally, the team will sport specialty St. Patrick’s Day jerseys on Wednesday, March 15 and Friday, March 17.

The theme nights don’t stop there though.

The Phantoms jump aboard the Wentz Wagon in celebration of rookie sensation Carson Wentz and the Philadelphia Eagles on Friday, November 25 when they will welcome Eagles Hall of Fame quarterback Ron Jaworski along with the Philadelphia Eagles cheerleaders for their Go Birds Tailgate. “Jaws” will be on hand to meet Phantoms fans and sign autographs before the game.

Please see below a complete breakdown of the Lehigh Valley Phantoms 2016-2017 promotional schedule.