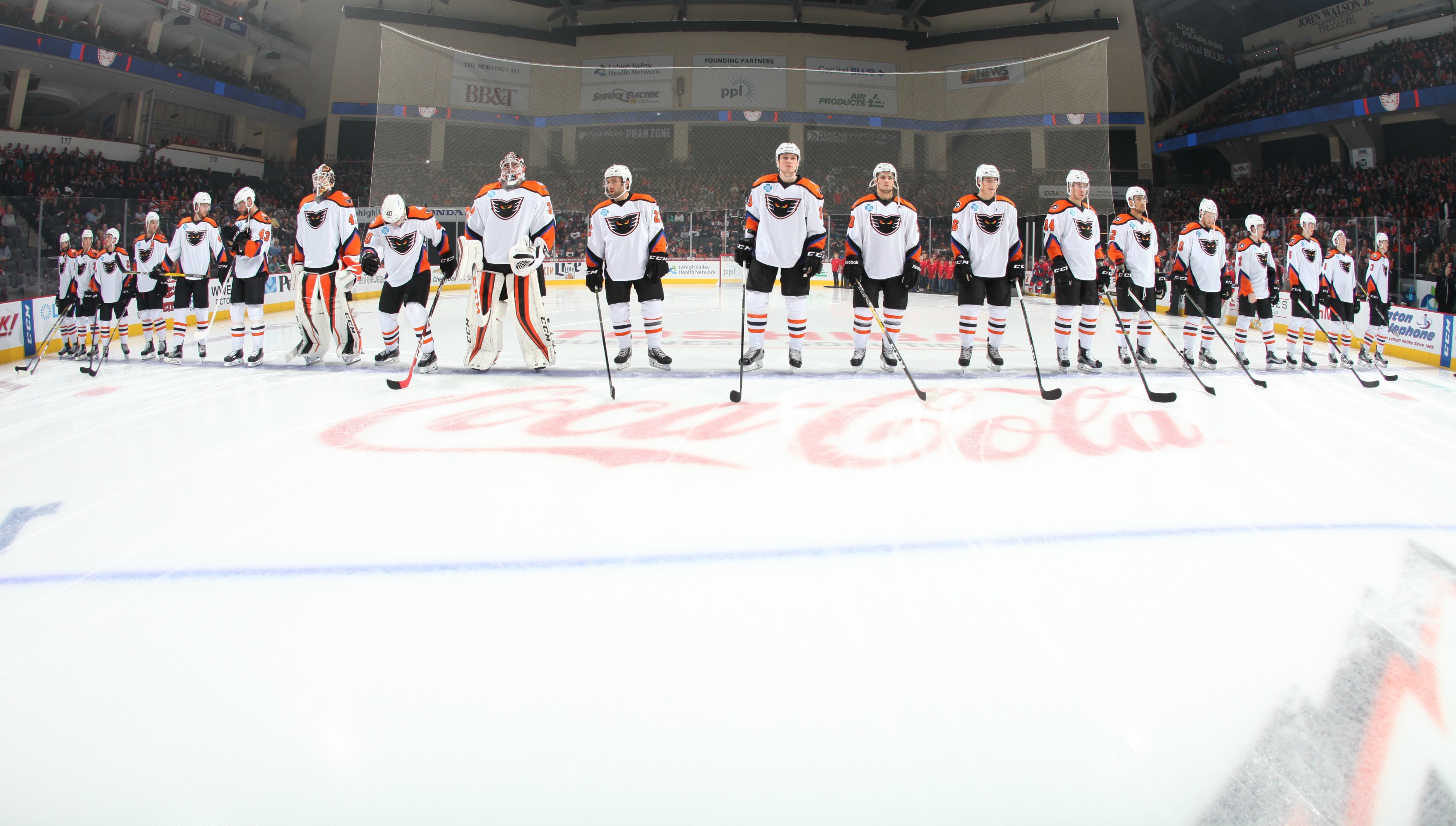 Lehigh Valley, PA – Danick Martel scored twice Saturday evening and the Lehigh Valley Phantoms opened the 2016-2017 regular season in fine fashion with a 4-2 win over the Springfield Thunderbirds in front of 8,505 fans at PPL Center. Mark Zengerle and T.J. Brennan also converted for the Phantoms while reigning All-Star netminder Anthony Stolarz backstopped the triumph between the pipes with a 31-save performance. 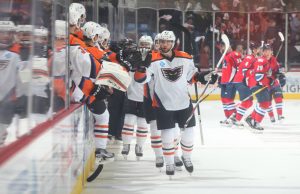 The victory came in front of yet another PPL Center standing room-only sellout – the club’s 47th since opening in the Fall of 2014. The capacity crowd was treated to free rally towels upon entry courtesy of The Morning Call and they were certainly put to good use in support of a Phantoms offensive attack that was relentless from start to finish.

Zengerle followed in the footsteps of Scott Laughton (2014) and Aaron Palushaj (2015) by converting the season’s first goal at PPL Center and was one of nine different Lehigh Valley skaters to register at least one point on the evening. In addition to Martel’s two goals, Brennan also chipped in a multi-point effort with a goal and an assist picking up right where he left off last season after pacing all AHL blueliners a year ago with 25 goals and 68 total points.

Not only was Lehigh Valley’s offense diverse in terms of participants Saturday evening, but it was also diverse in terms of opportunity. The Phantoms converted a pair of goals at full strength in addition to a power play tally along with a shorthanded marker. 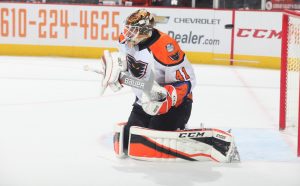 But it wasn’t just the offense that dazzled Saturday evening. Kicking off his third professional campaign, Stolarz was sensational with 31 total denials, including 18 saves on 18 Thunderbirds shots in the second period when the game was still in the balance.

Lehigh Valley’s offense wasted little time getting the party started as Zengerle opened the team’s 2016-17 scoring less than a minute into the new campaign. After a Samuel Morin drive from the left wing produced a rebound on the right side, Zengerle was there to hoist in the the secondary chance for his first goal of the year. Chris Conner garnered the second assist on the even-strength strike netted just 56 seconds into the new season.

The Phantoms then doubled their lead just prior to the midway point of the first period when Martel cruised in on a partial breakaway before snapping home his first goal of the season. Radel Fazleev and Brennan assisted on the shorthanded conversion scored 9:52 into the opening frame, which came just as Springfield’s Ian McCoshen was released from the penalty box.

The Thunderbirds sliced Lehigh Valley’s lead in half with just over three minutes left in the first period when Anthony Greco threw a sharp-angle shot from just below the goal line that deflected off Stolarz’s skate before sliding into the back of the net. The unassisted five-on-five tally came 16:41 into the opening frame.

Lehigh Valley bounced right back though and re-established its two-goal advantage with just five seconds left in the frame when, while on the power play, Brennan stepped in on the right wing before snapping home his first goal of the season. Will O’Neill and Andy Miele assisted on the man-advantage marker scored 19:55 into the first period.

The Phantoms then swelled their lead to a 4-1 advantage less than three minutes into the middle stanza when Travis Sanheim touched a pass in open ice to Martel in stride who cruised down the left wing before sending in his second goal of the game and second conversion of the new season. The 17th overall selection in the 2014 NHL Entry Draft, Sanheim collected the only assist on even-strength strike landed 2:50 into the second period.

Springfield made one final dent on the scoresheet with a power play tally from Dryden Hunt just over four minutes into the third period but that proved to be the last gasp for the Thunderbirds as Stolarz and the Phantoms defense shut the door from there.

The Phantoms return to action with a pair of games at PPL Center next weekend. First, on Friday, October 21, Lehigh Valley welcomes the Bridgeport Sound Tigers to town for the first time this season. It will be Ed Snider Tribute Night with the Phantoms set to wear specialty jerseys celebrating the legacy of the co-founder and former owner of the Philadelphia Flyers. Friday’s game will also feature the WFMZ-TV Coat Drive where fans are encouraged to donate winter coats on their way into the game.