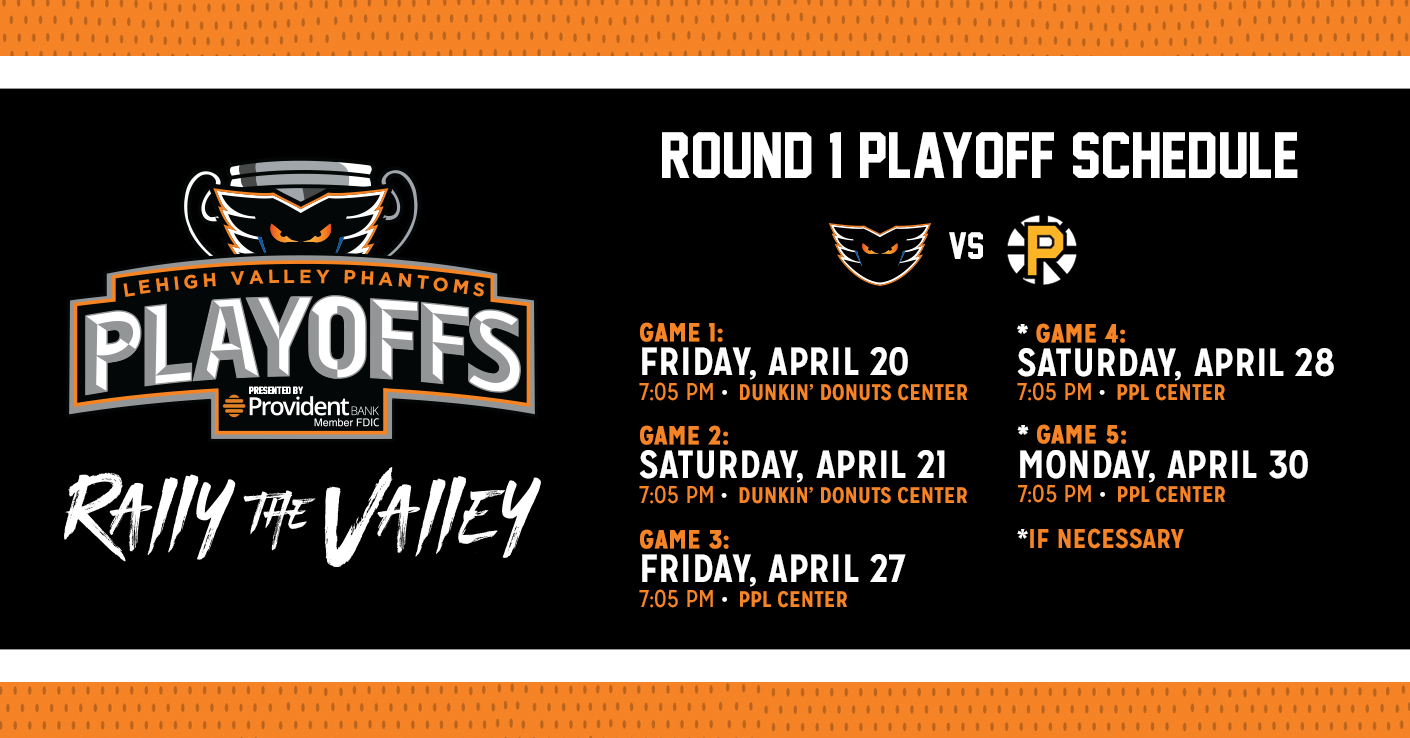 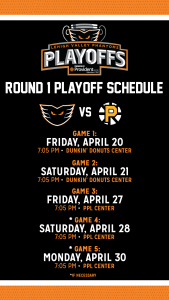 The Lehigh Valley Phantoms, proud AHL affiliate of the Philadelphia Flyers, are pleased to announce the schedule for their opening round, best-of-five series with the Providence Bruins. The Phantoms, who claimed the Atlantic Division Championship, earned home-ice advantage through at least the opening two rounds of the Calder Cup Playoffs. With that, Lehigh Valley is guaranteed to host Game 3 at PPL Center on Friday, April 27 and would host Game 4 (if necessary) on Saturday, April 28 along with a decisive Game 5 (if necessary) on Monday, April 30 in downtown Allentown.

Please see below a complete breakdown of the Phantoms’ first round schedule.

Please note, the Lehigh Valley Steelhawks football game previously scheduled for Saturday, April 28 at PPL Center has been moved to Sunday, April 29 and will begin at 6:00 p.m.

The Phantoms posted a 4-1-1 mark head-to-head against Providence during the regular season and finished the 2017-18 campaign with an impressive 27-6-5 record at PPL Center.