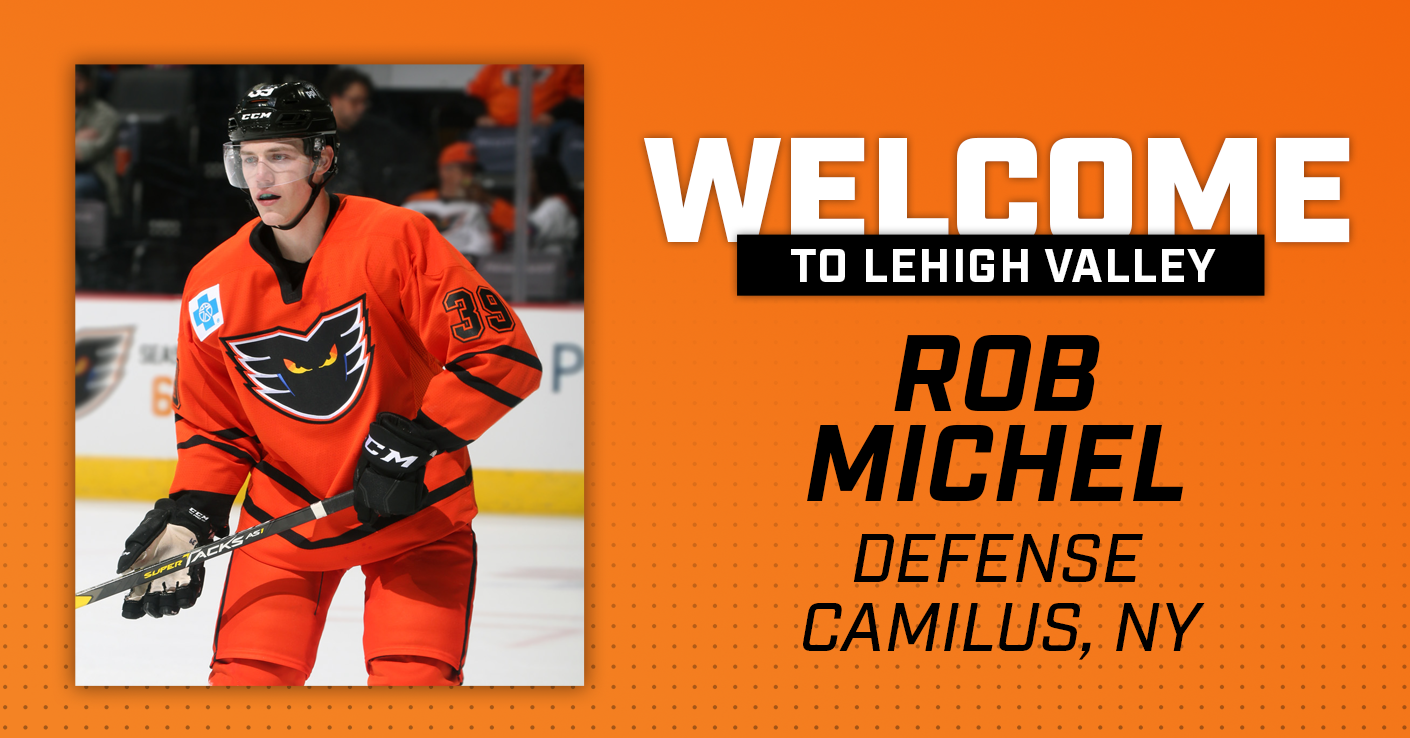 Lehigh Valley, Pa. – The Lehigh Valley Phantoms, proud AHL affiliate of the Philadelphia Flyers, have announced today that they have signed defenseman Rob Michel to a one-year AHL contract.

Michel, 24, was signed to an AHL Amateur Try-Out by Lehigh Valley on March 21, 2019 and played three games with the Phantoms, registering in assist in the season finale on April 13, 2019 against the Hartford Wolf Pack. He made his professional debut for Lehigh Valley on March 29 in Cleveland after he completed his four-year career at the University of Maine. Michel served as Maine’s captain for the 2018-19 season and played in all 36 games for the Black Bears. He finished the year ranked second on team with a +12 rating and second in penalty minutes with 55.