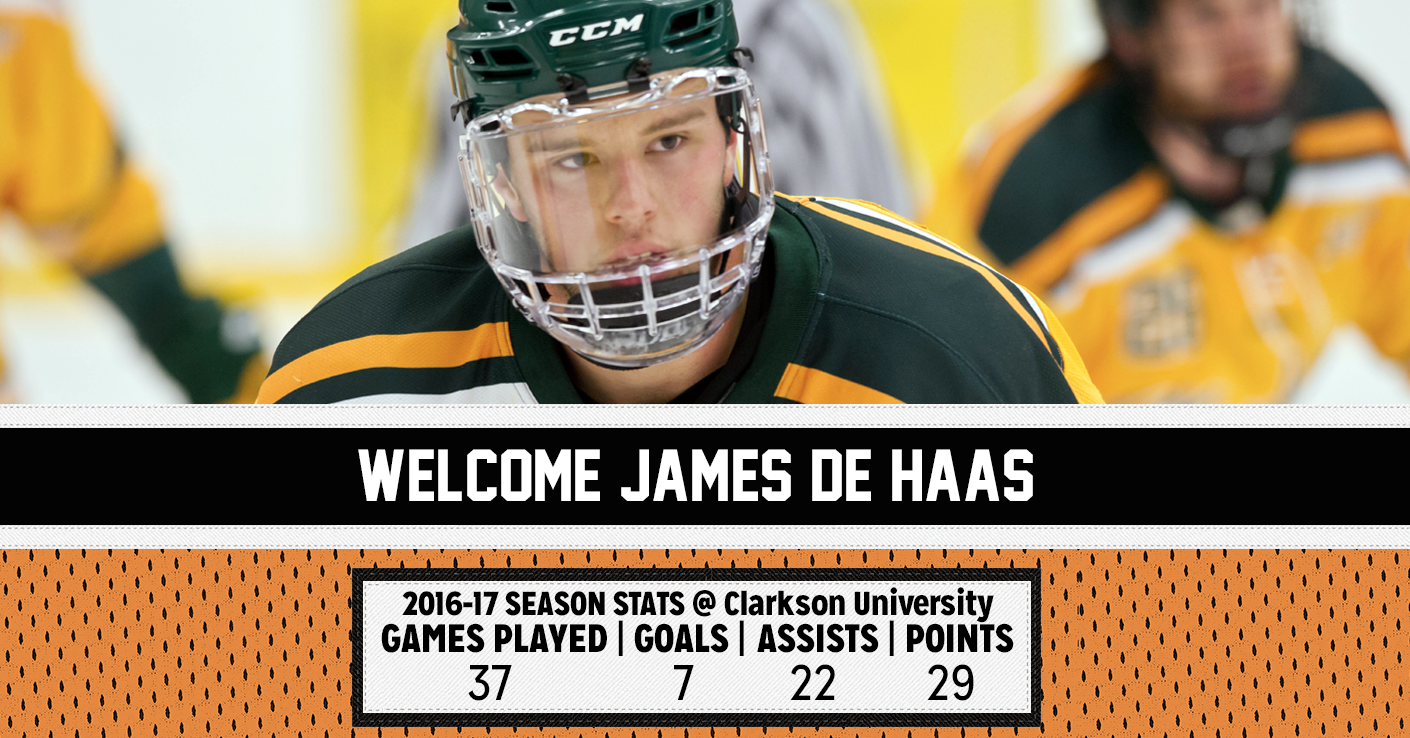 Lehigh Valley, PA – The Lehigh Valley Phantoms, proud AHL affiliate of the Philadelphia Flyers, are pleased to announce they have signed defenseman James De Haas to an AHL contract. 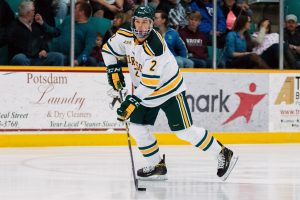 A 23-year-old blueliner from Mississauga, Ontario, De Haas is entering his first professional season following a four-year career at Clarkson University where he compiled 24 goals, 50 assists, 74 points and 94 penalty minutes across 149 total games with the Golden Knights. The 6’3″, 212-pound defender is coming off a senior season in which he finished second on Clarkson’s roster with 22 assists and third in total scoring with 29 points. For his efforts, De Haas was selected as the ECAC’s Best Defensive Defenseman and was named a Second-Team league All-Star along with being named to the ECAC Hockey All-Academic team.

A sixth-round selection (#170 overall) by the Detroit Red Wings in the 2012 NHL Entry Draft, he spent one season with the Penticton Vees of the British Columbia Hockey League (BCHL) before heading to Clarkson where he tallied five goals, 19 assists and 24 points in 53 games.