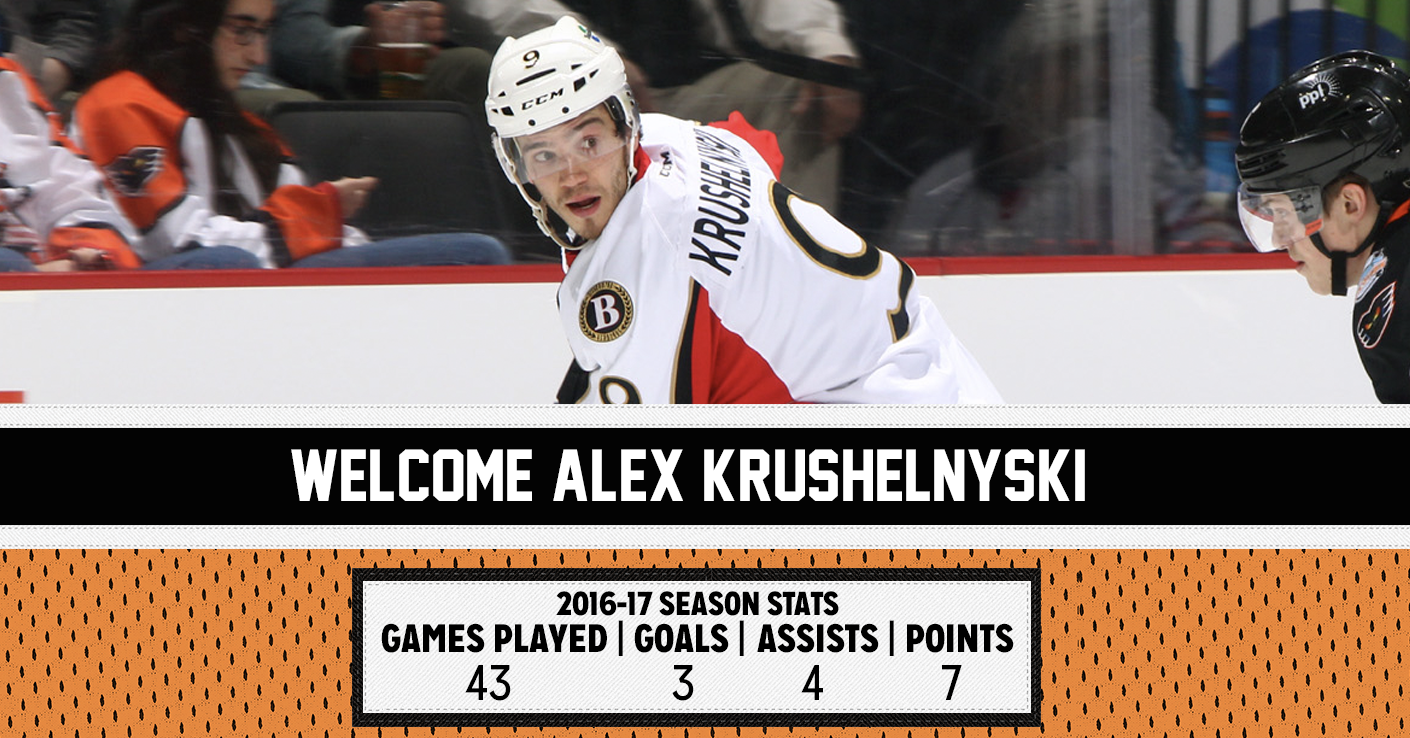 Lehigh Valley, PA – The Lehigh Valley Phantoms, proud AHL affiliate of the Philadelphia Flyers, are pleased to announce they have signed forward Alex Krushelnyski to an AHL contract. 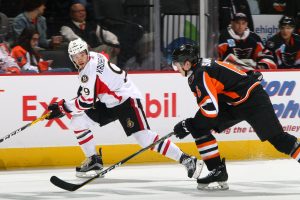 A 26-year-old forward from Los Angeles, California, Krushelnyski is entering his fourth professional season and has compiled three goals, five assists and eight points in 49 career AHL games across time with the Norfolk Admirals, Hartford Wolf Pack and Binghamton Senators.

A 6’0″, 180-pound forward, he spent the majority of last year in Binghamton where he tallied three goals, four assists, seven points and 20 penalty minutes in 43 games with the Senators. Krushelnyski also appeared in six games with the Wichita Thunder (ECHL) last season (two goals, five assists) along with nine outings with the Allen Americans (ECHL) (five goals, five assists). All told, he’s amassed 49 goals, 85 assists and 134 total points in 145 career ECHL games during time with Wichita, Allen and the Utah Grizzlies.