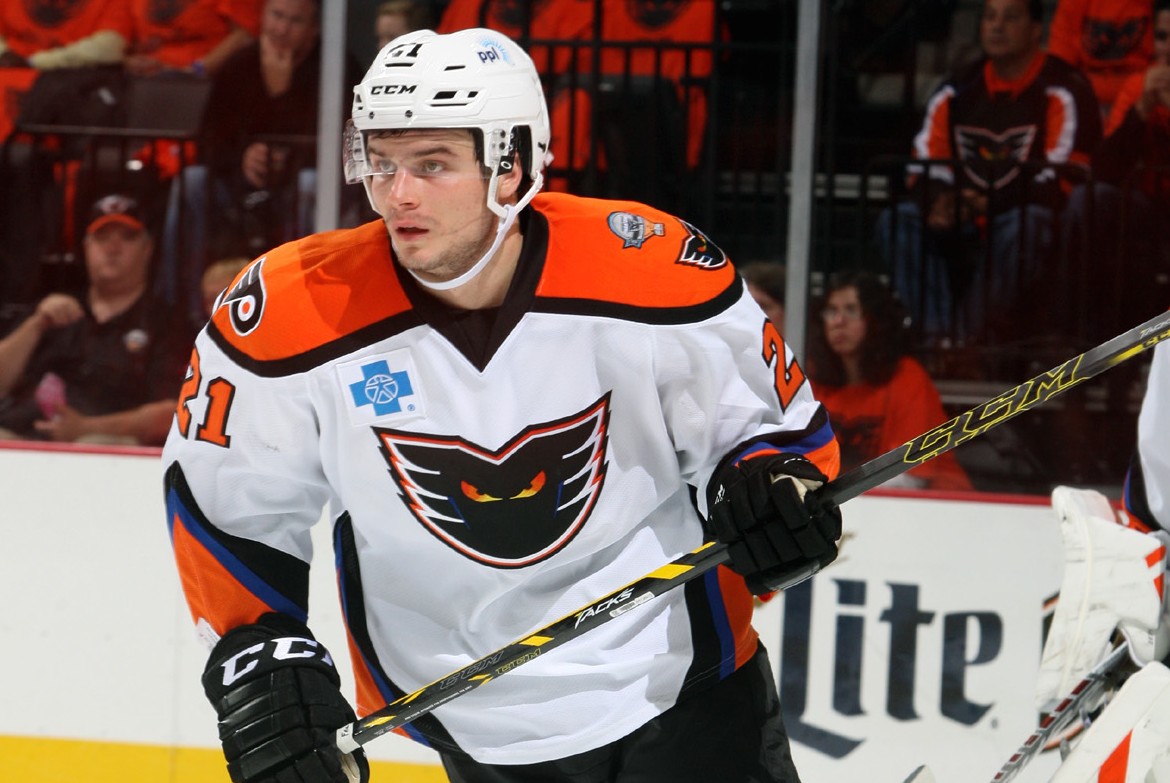 Springfield, Mass. – The American Hockey League announced today that Lehigh Valley Phantoms’ center Scott Laughton has been selected as the CCM/AHL Player of the Week for the period ending October 19, 2014.

Laughton recorded four goals in two games for the Phantoms this past weekend, including two power play tallies and a shorthanded marker.

In Lehigh Valley’s home opener on Friday against the Adirondack Flames, Laughton made history with the first-ever regular season goal scored at PPL Center when he buried a man-advantage marker 11:59 into the opening period. The 20-year-old pivot then leveled the contest 2-2 with another power play conversion late in the second frame en route to a dramatic 4-3 overtime victory for the Phantoms, the 700th win in franchise history.

In the back end of the home-and-home set with the Flames on Saturday night, Laughton scored once shorthanded and once at even strength to erase an early deficit before Adirondack eventually outlasted Lehigh Valley 4-2.

A first-round selection (20th overall) by the Philadelphia Flyers in the 2012 NHL Entry Draft, Laughton has recorded four goals in just three games with the Phantoms this season and is currently tied for second among all AHL skaters in total goals.

A native of Oakville, Ontario, Laughton made his professional debut with the Flyers on January 19, 2013 before skating in six games with the Adirondack Phantoms at the close of that season. Laughton spent last season with the Oshawa Generals of the Ontario Hockey League (OHL) where he was named a First Team All-Star after producing 40 goals and 87 points in just 54 games.

The Phantoms are back in action this Friday evening when the team renews its heated rivalry with the Hershey Bears. Puck drop is scheduled for 7:05 PM and tickets are available now at the Mealey’s Furniture Box Office at PPL Center (701 Hamilton Street), by calling 610-347-TIXX (8499) or online at pplcenter.com.

Upcoming Home Games:
Friday, October 24 (7:05) – Hershey Bears at Lehigh Valley Phantoms. A renewal of one of the great rivalries in the American Hockey League!