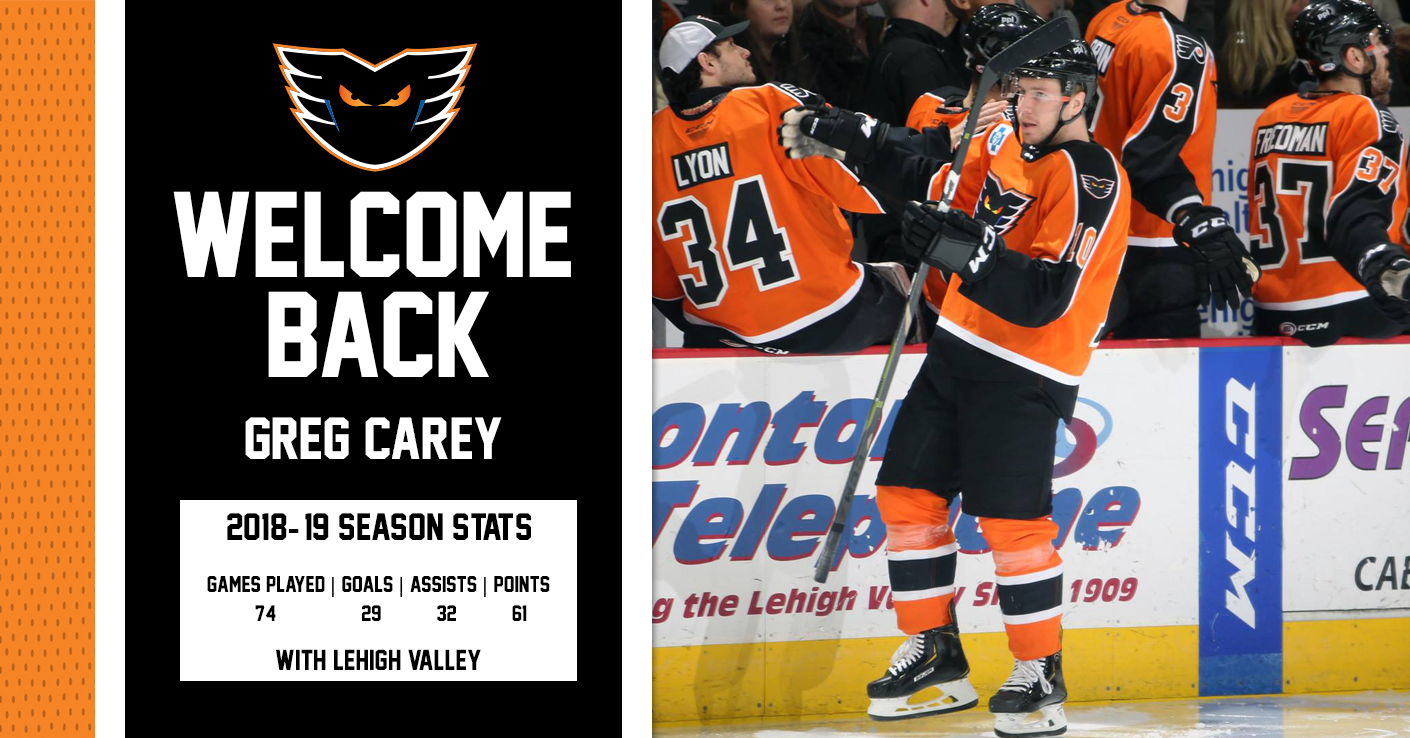 Lehigh Valley, Pa. – The Lehigh Valley Phantoms, proud AHL affiliate of the Philadelphia Flyers, have announced that they have signed forward Greg Carey to a one-year AHL contract. 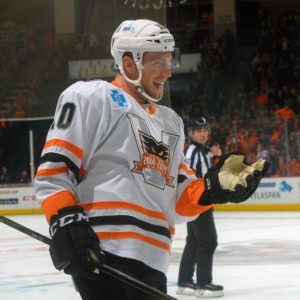 Carey, 29, has spent the last three seasons with the Lehigh Valley Phantoms. In 2018-19, Carey set a career-high with 61 points (second most in Lehigh Valley history) and led the Phantoms with 29 goals in 74 games. It was his fourth consecutive season with at least 25 goals. He finished fourth in the American Hockey League in power-play goals and was selected to the 2018-19 All-Star Classic where he won the Hardest Shot Competition.

“I am so happy to be back with the Phantoms for another year,” said Carey on his return. “October can’t come soon enough!”

A native of Hamilton, Ontario, Carey has led the Phantoms in goals each of the last three seasons and finished tied for fourth in the AHL last season with 31 tallies and sixth in the league during 2016-17 with 28. He is the all-time goals leader in Lehigh Valley Phantoms history and ranks fourth in Phantoms overall history. During his time in Lehigh Valley, Carey has played 220 games and racked up 165 points on 88 goals and 77 assists.  He has played a total of 326 AHL games in his career with the Portland Pirates, Springfield Falcons and Lehigh Valley Phantoms and has totaled 216 points (117G, 99A).

“I know the Phantoms organization along with our fans are excited to have Greg back for this upcoming season,” said Phantoms owner, Rob Brooks. “Greg has played a big role for the Phantoms – along with his big shot nicknamed the ‘Hamilton Howitzer’, he also has a big heart, volunteering and participating in many of the Phantoms community initiatives.” 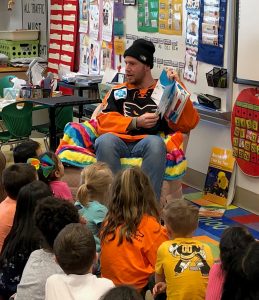 Greg has become a fan favorite in the Lehigh Valley and we are happy to bring him back for another season,” added Jim Brooks. “By keeping Greg we were able to keep a good veteran leader and one of the best goal scorers in the league.”