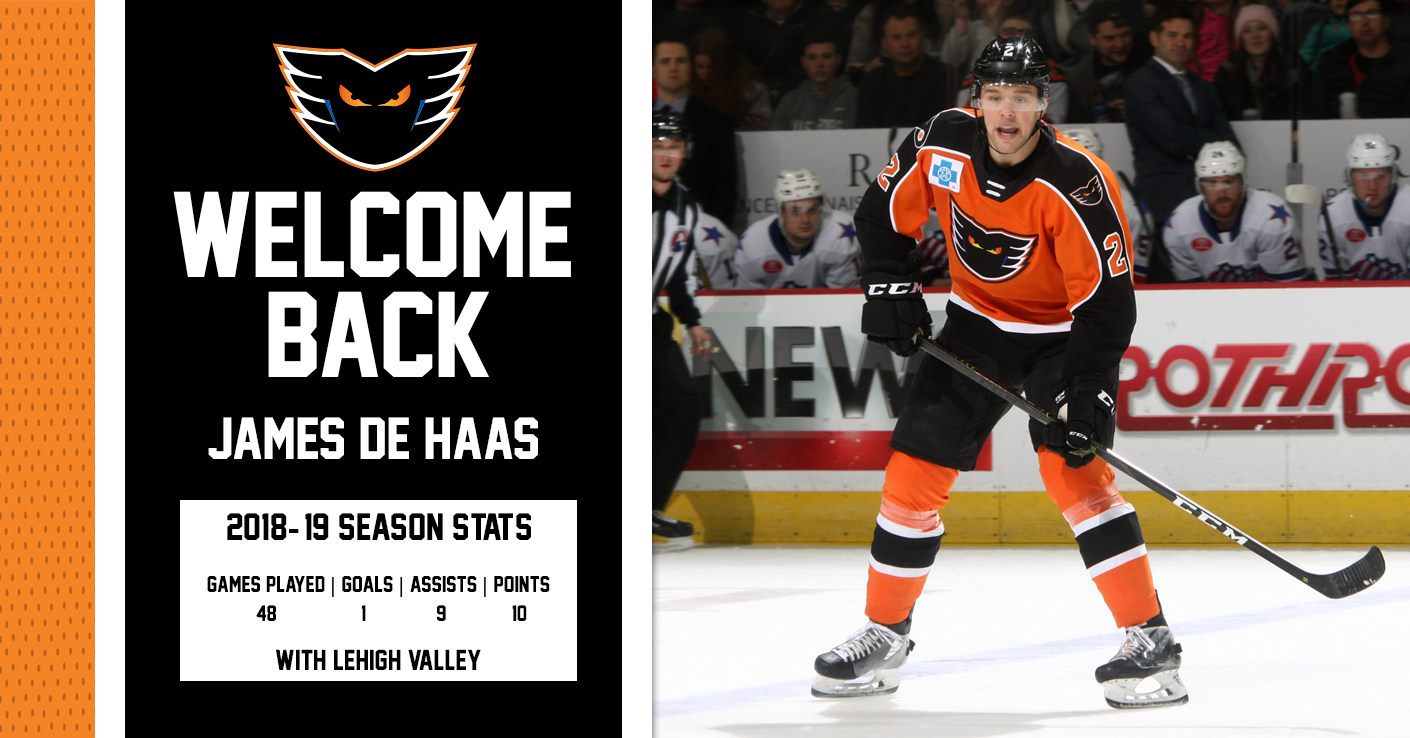 Lehigh Valley, Pa. – The Lehigh Valley Phantoms, proud AHL affiliate of the Philadelphia Flyers, have announced that they have signed defenseman James de Haas to a one-year AHL contract. 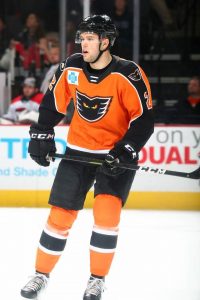 De Haas, 25, returns for his third season with Lehigh Valley after appearing in a career-high 48 games last season. He notched one goal and nine assists, as well as 22 penalty minutes. De Haas was originally drafted in the sixth round of the 2012 NHL draft by the Detroit Red Wings but elected to attend college and spent four seasons at Clarkson University before signing with the Phantoms in 2017.

“Obviously I’m thrilled to be back in Lehigh Valley,” de Haas said. “It’s an awesome spot with the best fans in the league. I’m looking forward to the season getting started!”