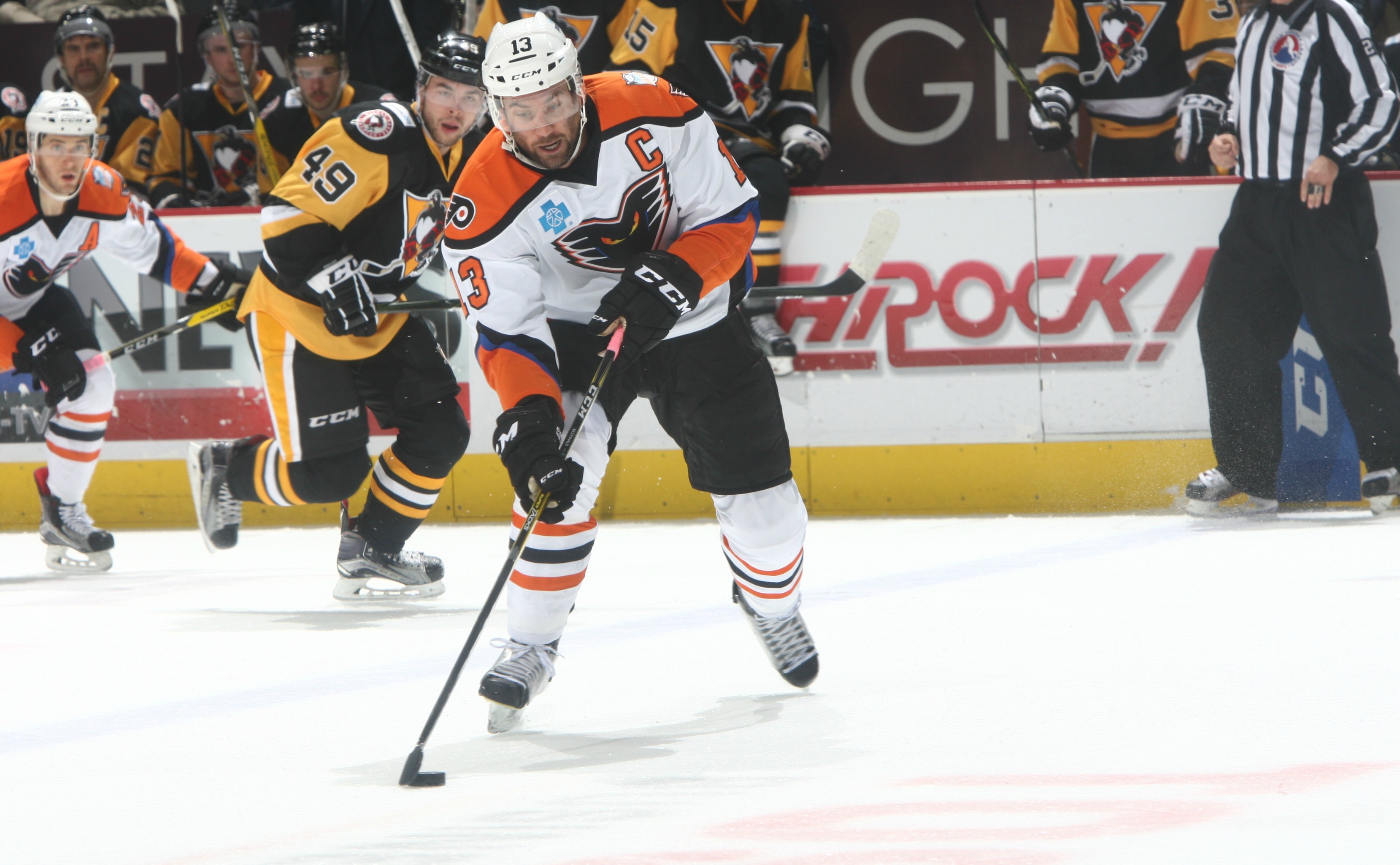 The Phantoms pushed their winning streak to seven straight games Wednesday evening thanks to a 4-1 victory over the rival Wilkes-Barre/Scranton Penguins in front of 8,428 fans at PPL Center. With the win, Lehigh Valley improved to 9-3-1 overall this year and has now captured seven consecutive victories. 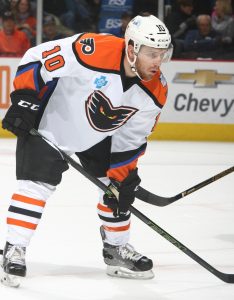 During Lehigh Valley’s recent run, the team has done just about everything well. The Phantoms have outscored their opposition 32-11 during the streak and have only allowed more than two goals against in just one of their last seven outings. The special teams have played a huge part in the club’s success with a power play that’s produced eight man-advantage markers during the run while the penalty kill has successfully killed 21 of its last 22 man-down scenarios (95.5 percent).

15 different Lehigh Valley skaters have converted during the seven-game surge as part of an offense that leads all Eastern Conference teams in per-game scoring (4.08 goals/game). 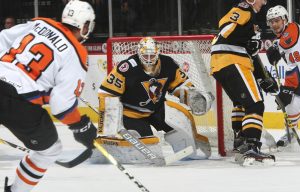 Wednesday’s victory came in front of the team’s third standing room-only sellout of the year and marked the beginning of another Phantoms/Penguins rivalry with the two sides set to meet an additional 11 times through the remainder of the season.

Neither side found the back of the net in the opening period despite a combined 23 shots on goal. The rivalry showdown featured a playoff-type atmosphere with the two sides jockeying for scoring opportunities amidst strong defensive play at both ends. Lehigh Valley peppered the Wilkes-Barre/Scranton net with 16 total shots in the opening frame but Penguins netminder Tristan Jarry was equal to the task on each one as was Lyon who denied each of the seven bids on goal he faced.

Wilkes-Barre/Scranton then opened the scoring just over two minutes into the second period when Thomas Di Pauli won a battle for a loose puck within the Lehigh Valley goal crease before sending in his first goal of the season. Oskar Sundqvist grabbed the only assist on the even-strength strike netted 2:23 into the middle frame. 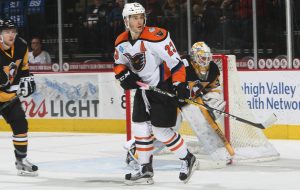 The Phantoms remained resilient though and leveled the contest before the close of the period when a sharp-angle shot by Fazleev produced a rebound at the side of the Wilkes-Barre/Scranton net that was grabbed out of mid-air by Knight before being swatted in at the side of the goal for his fourth tally of the season. Danick Martel collected the secondary assist on the five-on-five conversion netted 17:29 into the middle frame while Fazleev’s assist extended his point streak to four straight games (goal, 3 assists).

Lehigh Valley then grabbed the lead for good with a pair of goals just 54 seconds apart in the third period. First, less than six minutes into the final frame, Carey pounced on a loose puck in the slot before waiting out Jarry and depositing his team-leading eighth goal of the year. Mark Zengerle and Chris Conner assist on the even-strength conversion tallied 5:57 into the third period.

Then, less than a minute later, the Phantoms doubled their advantage when a point shot by Travis Sanheim produced a rebound at the right side of the cage that was deftly roofed home in tight quarters by Leier for his fourth goal of the season. Sanheim and Scott Laughton assisted on the five-on-five tally scored 6:51 into the final frame. With an assist, Laughton has now tallied at least one point in five of six games since coming to Lehigh Valley from the Philadelphia Flyers.

Lehigh Valley added an insurance marker in the game’s final minute with an empty-net tally from Brennan to seal the victory.

The Phantoms penalty kill was a perfect 5-for-5 in the game while Lehigh Valley’s power play came up empty in three opportunities.

The Phantoms are back in action this Friday, November 18 when they invade the Dunkin’ Donuts Center in Providence for a 7:05 p.m. clash with the Bruins.