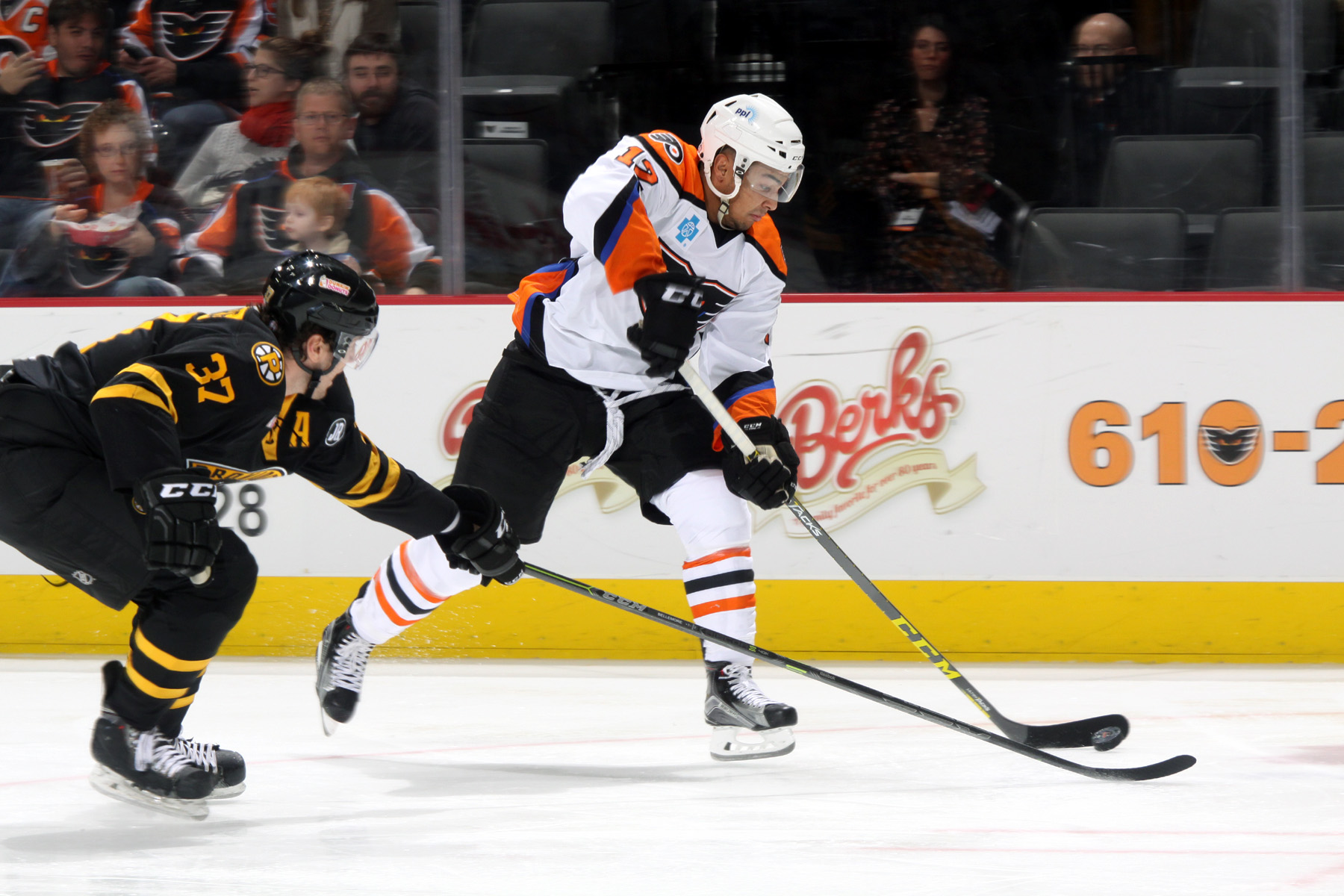 Lehigh Valley, PA – The Philadelphia Flyers, parent club of the Lehigh Valley Phantoms, have reassigned forward Tyrell Goulbourne from the Phantoms to the Reading Royals of the ECHL. 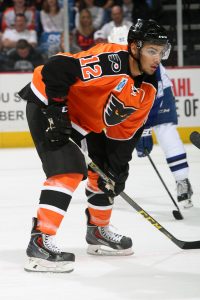 A 22-year-old forward from Edmonton, Alberta, Goulbourne is in the midst of his second professional season and has registered nine penalty minutes in six games with Lehigh Valley this year. A third-round selection (#72 overall) by the Flyers in the 2013 NHL Entry Draft, he tallied seven goals, 10 assists, 17 points and 75 penalty minutes in 73 games with the Phantoms last season.

In the midst of a seven-game winning streak, the red-hot Phantoms are back in action this Friday, November 18 when they invade the Dunkin’ Donuts Center in Providence for a 7:05 p.m. clash with the Bruins.