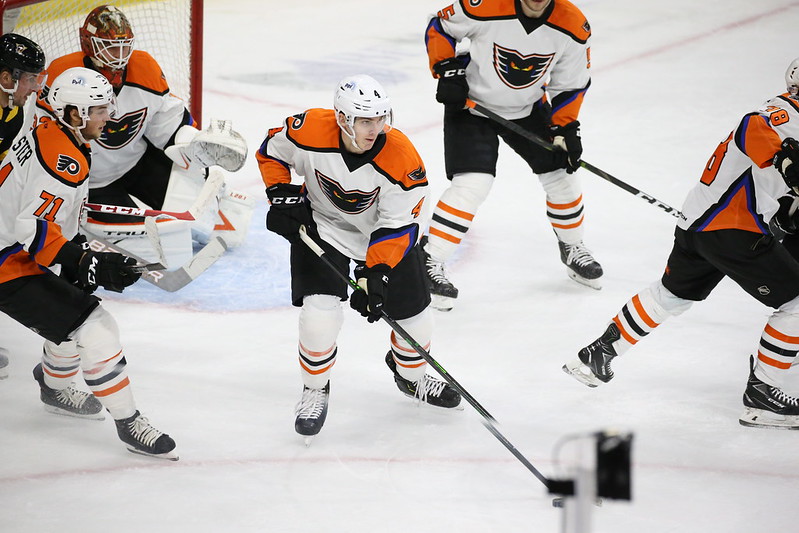 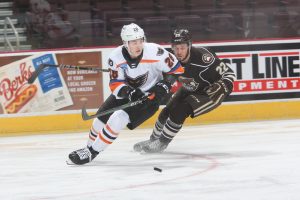 Thursday, February 4, 2021 –
LV Phantoms 2, WBS Penguins 0
The Phantoms returned to PPL Center for the first time in 330 days with a 2-0 win over the Wilkes-Barre/Scranton Penguins in a preseason game. It was the first appearance for the Phantoms at PPL Center since March 11, 2020. Felix Sandstrom posted a 21-save shutout while returning blueliners Chris Bigras and Tyler Wotherspoon scored for Lehigh Valley.

Saturday, February 6, 2021 –
LV Phantoms 2, Hershey Bears 1 (OT)
Happy Birthday Scott Gordon! The Lehigh Valley Phantoms rallied late for a thrilling 2-1 win in overtime at Giant Center in the first game of the 2021 season. The Phantoms finally broke through over 59 minutes into the game on Wyatte Wylie’s blast with just 44.7 seconds remaining to tie the game at 1-1. Ryan Fitzgerald sped up the ice and fired the winning goal in overtime from the top of the left circle. Zane McIntyre was tremendous in his Phantoms debut with 34 saves on 35 shots to keep the Phantoms in contention and give them the opportunity for the late comeback. 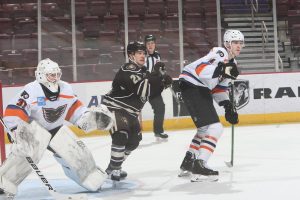 Sunday, February 14, 2021
at Hershey Bears – Giant Center
Lehigh Valley will rematch with the Bears in Chocolate Town for a Valentine’s Day matinee at 1:00 p.m. The Phantoms lead the series 1-0 to take an initial lead in the Provident Bank Pennsylvania Cup standings. The Phantoms and Bears will square off 14 times in the 2021 season. 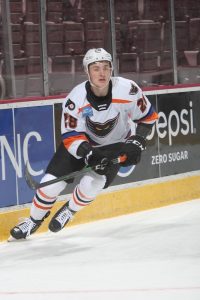 Welcome, Wyatte Wylie from Washington!
Everett, Washington native Wyatte Wylie made the most of the professional debut with a tying goal with just 44.7 seconds remaining for the team’s first goal of the season. He assisted on the overtime winner by Ryan Fitzgerald. The 21-year-old defenseman is a 6’0″ right-handed shooter who was a fifth-round selection of the Flyers in 2018. 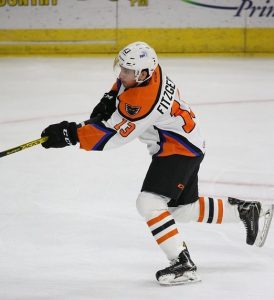 Fitzy Wins It
Phantoms newcomer Ryan Fitzgerald fired home the overtime winner at Hershey in a quick-release from the top of the left circle. The speedy right-winger joins the Phantoms after three seasons with the Providence Bruins. Fitzgerald is cousins with Flyers center Kevin Hayes. And they both wear lucky number 13! 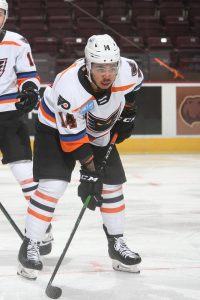 Youngest Ever
18-year-old forward Zayde Wisdom became the youngest player in Phantoms franchise history beating the former record held by Derek Mathers by 20 days. Wisdom’s pro debut at Hershey on February 6, 2021 came at the age of 18 years, 6 months and 30 days. The fourth-round selection of the Flyers in the 2020 NHL Draft from the Kingston Frontenacs of the OHL is the first-ever 18-year-old to play for Lehigh Valley and the fourth in franchise history (Wisdom, Mathers, Nick Cousins, Scott Laughton)