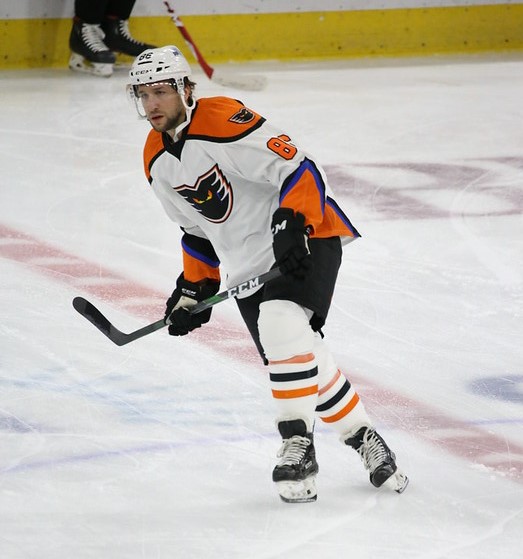 Mueller, 34, is a widely respected veteran of 772 career AHL games with a championship pedigree. He has won the Calder Cup twice and also an NCAA Championship. Last year, he split his season between the Syracuse Crunch and San Diego Gulls scoring a combined 19 goals and 19 assists for 38 points.

In his Phantoms debut on Saturday afternoon, he assisted on the game-tying goal scored by Wyatte Wylie with just 44.7 seconds remaining by cleanly winning a faceoff in the right circle. It was Mueller’s 566th career point with his tenth AHL team. 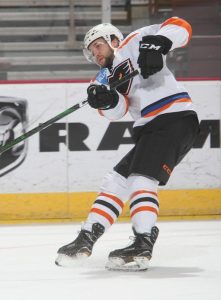 The 5’10” forward with a right-handed shot from West Seneca, NY entered this season having played in 771 career AHL games with nine different teams scoring 241 goals with 324 assists for 565 total points. Mueller has recorded 50 points in a season seven times. He rates 66th all-time in points.

Mueller is also 44th in career games played and is second among active AHL players behind only Brett Sutter of the Ontario Reign. He has also played in 53 NHL games with the New York Rangers, Dallas and Nashville.

The father of four was an AHL Second All-Star in 2018-19 when he scored a career-high 33 goals and added 32 assists with the Toronto Marlies. He finished just one goal off the league lead that season and placed ninth in points.