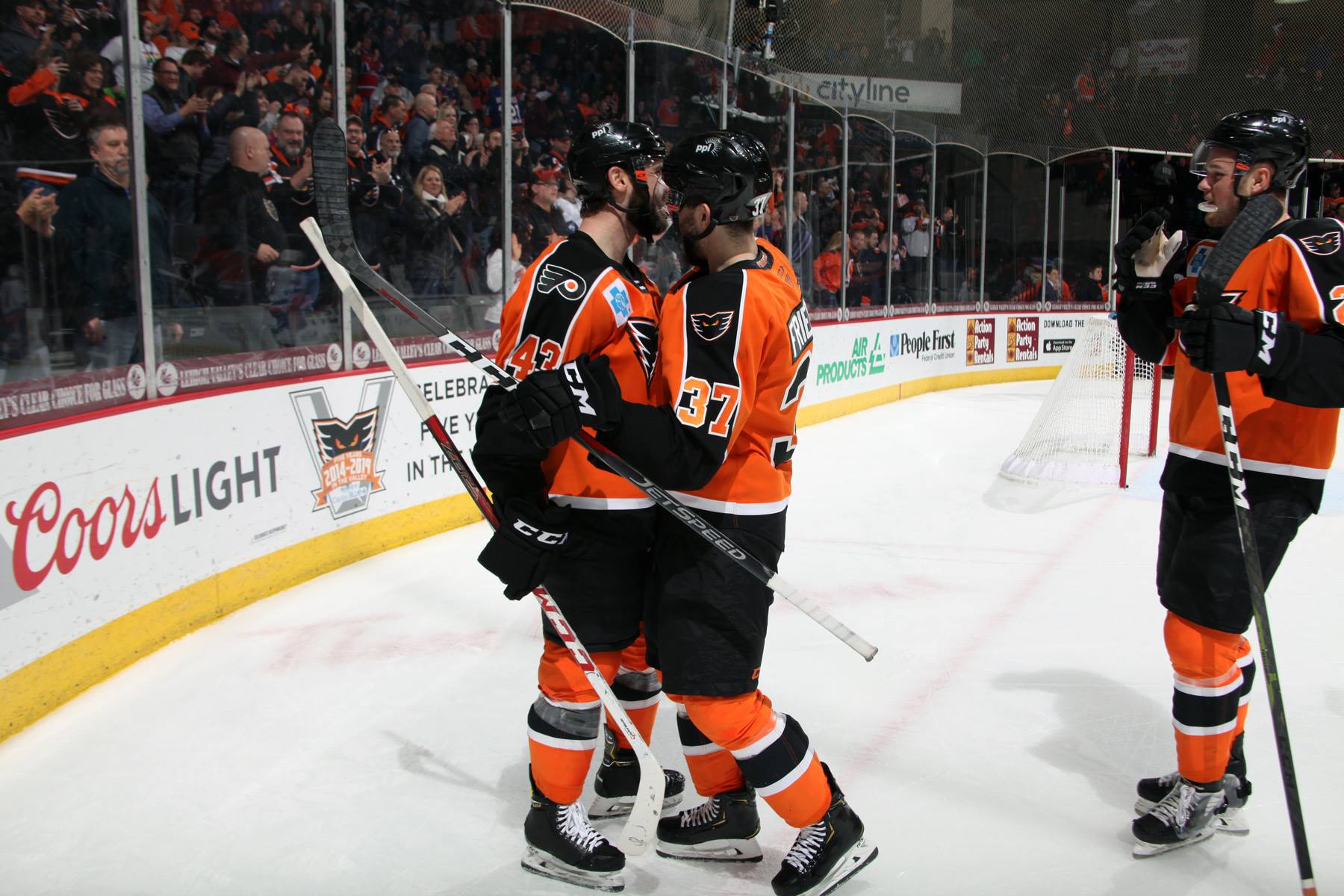 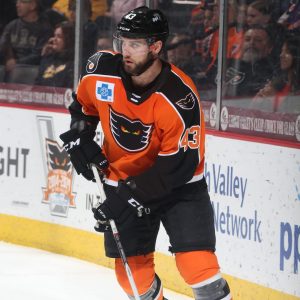 TJ in OT
T.J. Brennan was the hero in Friday night’s game against the Bridgeport Sound Tigers as his overtime winner gave the Phantoms a 4-3 victory. Brennan is now tied for third in Phantoms history with four OT winners. 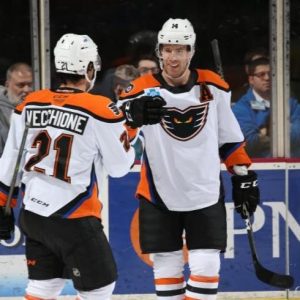 What a Knight
After being injured in a game with the Flyers back in October, Corban Knight returned to the ice last weekend and notched two assists. In just his third game with the Phantoms this season, Knight scored two goals on Saturday to earn Lehigh Valley a point against Hershey. Knight now has five points in three games since returning. 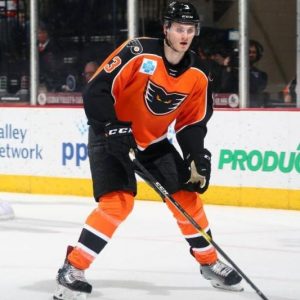 Welcome Back, Big Guy
6-foot-7 defenseman Sam Morin needed knee surgery after getting injured in the 5 OT thriller against Charlotte on May 9, 2018 during last year’s playoffs. After nine long months of rehab, Morin finally was able to return and play his first game of the season on Friday against Bridgeport. 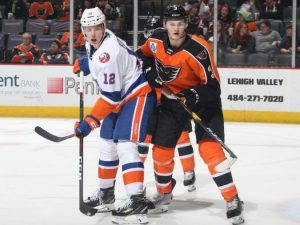 Saturday, February 16, 2019 –
LV Phantoms 2, Hershey Bears 3 (SO)
Corban Knight scored twice for Lehigh Valley, including the game tying goal with 1:09 left in the third period with the Phantoms’ goalie pulled. Lehigh Valley earned a point but eventually fell to Hershey in a shootout.

Sunday, February 17, 2019 –
LV Phantoms 3, Hershey Bears 4
Nic Aube-Kubel notched a goal and an assist for his first points since missing 10 games due to injury. Tyrell Goulbourne and Mikhail Vorobyev also scored for the Phantoms but it wasn’t enough to complete the comeback as Hershey won 4-3 in front of a sold out PPL Center. 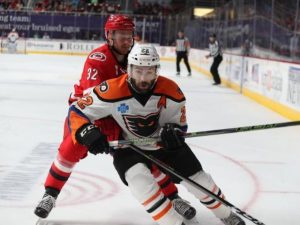 Friday, February 22, 2019
Vs. Charlotte Checkers – Bojangles’ Coliseum
The Lehigh Valley Phantoms will make their first trip to Charlotte of the season this weekend. Charlotte holds the best record in the AHL with 75 points through 55 games. The Phantoms are currently 1-1 against the Checkers this season after two games at PPL Center on November 10 and 14. Their win came on November 14 as T.J. Brennan scored the game winner in overtime and Carter Hart made an AHL career-high 35 saves in the win.

Saturday, February 23, 2019
Vs. Charlotte Checkers – Bojangles’ Coliseum
The Phantoms went 4-4 against the Checkers during the regular season last year before the two teams eventually squared off in the Calder Cup Playoffs. Lehigh Valley eliminated Charlotte in five games, including a 2-1 victory in the epic 5OT Game 4 in Charlotte on May 9. It marked the longest game in AHL history and Alex Lyon was incredible, making 94 saves on 95 shots. 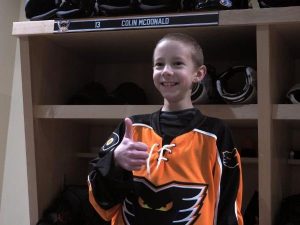 The Lehigh Valley Phantoms hosted their first Very Important Phantom of the season, welcoming 11 year old, Carsen. Carsen was diagnosed with medullablastoma, a type of brain cancer, in July 2014. He went through six weeks of daily chemo and radiation, then six treatments of monthly chemotherapy. On Sunday, he received a tour of the locker room, where a special customized jersey was waiting for him signed by his favorite player, Colin McDonald. Carsen greeted the team as they took the ice and dropped the puck before the game. Carsen is currently four years in remission!