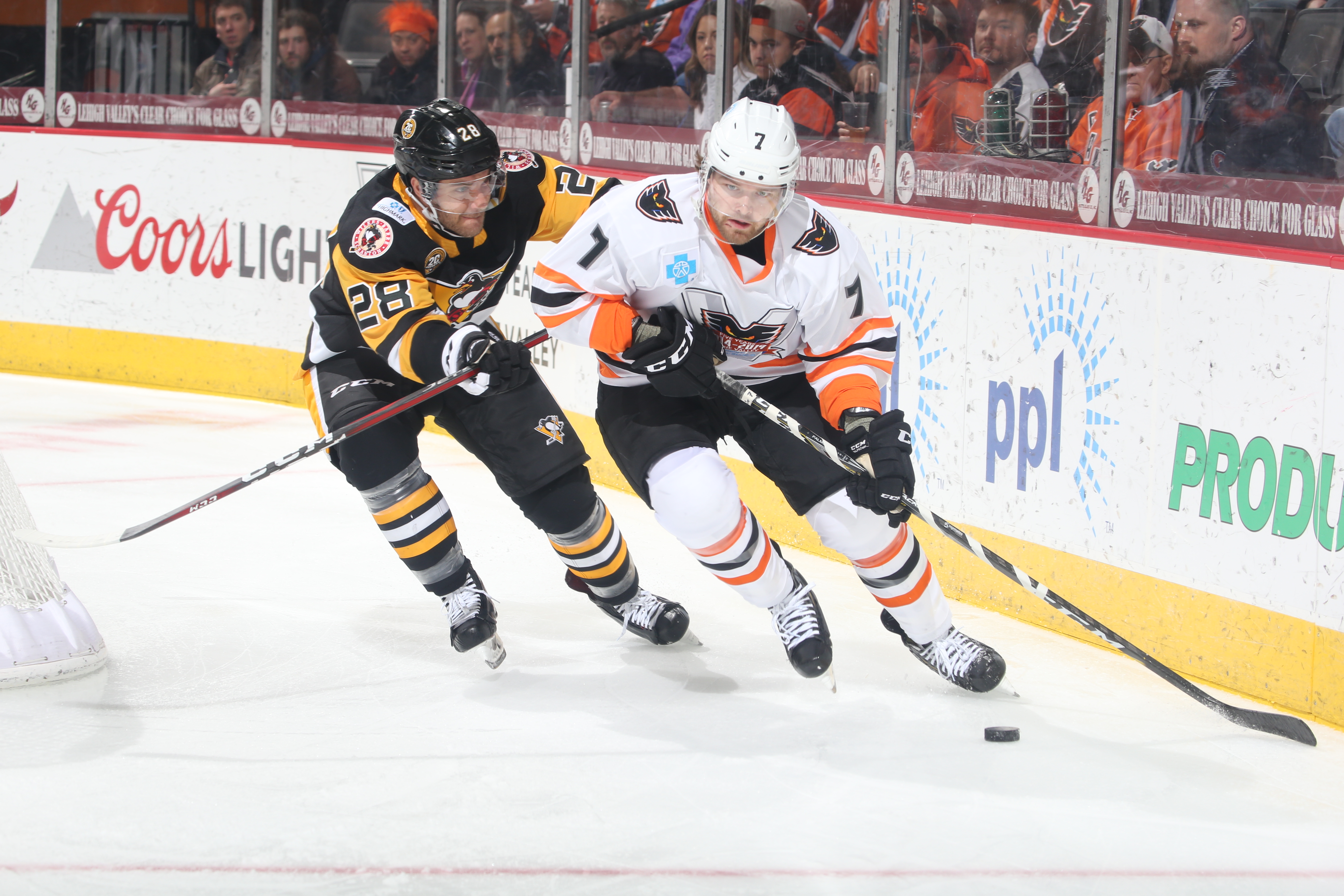 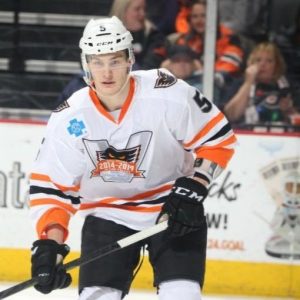 Philling Up The Scoresheet
Philippe Myers tied a career-high with points in three straight games from December 22 – December 28. Myers had a career-best three assist game on December 26th in a 5-3 win against the W-B/Scranton Penguins. He totaled six points (1G, 5A) during the three-game streak and was a +7 rating. 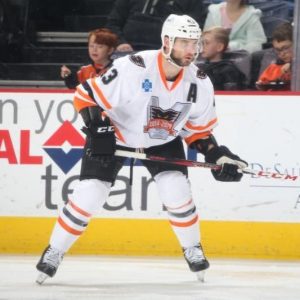 3.J. Brennan
With two points in Saturday’s game against W-B/Scranton, T.J. Brennan moved into third place in AHL history for most points by a defenseman. Brennan now has 454 points in his career and passed Steve Kraftcheck for third all-time. He now sits behind only Bryan Helmer (564) and John Slaney (519). 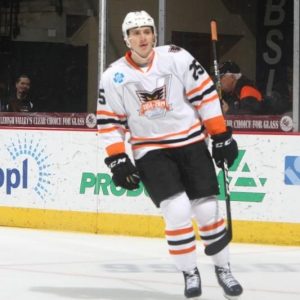 Bunny Building Confidence
Rookie forward Connor Bunnaman notched points in five straight games for the first time in his young career from December 19 – December 28. After just three points in his first 13 games, Bunnaman now has points in 8 of his last 10 games, ranking second on the Phantoms during that stretch. 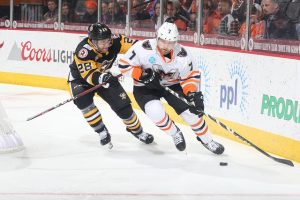 Wednesday, December 26, 2018 –
Lehigh Valley Phantoms 5, W-B/Scranton Penguins 3
The Phantoms returned from Christmas with an incredible 5-3 comeback victory against the rival Penguins at Mohegan Sun Arena. After falling behind 3-1 after two periods, the Phantoms scored four goals in the final frame to win it 5-3. Connor Bunnaman tied the game with 6:37 remaining and then Tyrell Goulbourne gave Lehigh Valley the lead with 1:02 remaining. Goulbourne took a Colin McDonald pass from behind the net and beat Tristan Jarry for his second goal of the game, and second straight game with two goals.
Friday, December 28, 2018 –
Lehigh Valley Phantoms 3, Providence Bruins 1
Lehigh Valley kept things rolling on Friday as they took down the Providence Bruins 3-1. Alex Lyon was superb in net once again, making 33 saves on 34 shots. Mark Friedman scored his second goal of the season early in the first, Nic Aube-Kubel scored the eventual game-winning goal in the third, and Phil Myers scored a shorthanded, empty net goal to seal the victory. It marked a season-best fifth game in a row earning at least a point for the Phantoms.
Saturday, December 29, 2018 –
Lehigh Valley Phantoms 3, W-B/Scranton Penguins 7
The Phantoms concluded their Five Years in Lehigh Valley celebration weekend with their largest crowd of the season, and 11th largest in PPL Center history as 8,853 fans were on hand to see a fight-filled rivalry matchup with Wilkes-Barre/Scranton. The Phantoms fell to the Penguins 7-3 as the teams combined for 110 penalty minutes, with six fighting majors and seven misconducts. 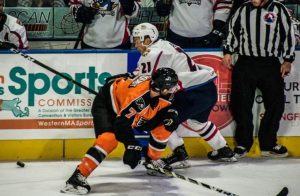 Lehigh Valley will kick off 2019 with a three-game road trip starting in Providence, Rhode Island. The Phantoms are 2-1 against the Bruins this year, most recently with a 3-1 win at PPL Center on December 28. In the Phantoms first trip to Dunkin’ Donuts Center this season, they won 5-4 off of goals from five different skaters after falling behind 4-1. Providence currently sits 7th in the Atlantic Division with a 14-15-5-0 record.

Vs. Hartford Wolf Pack – XL Center
The Phantoms will travel to Connecticut on Saturday to face the Hartford Wolf Pack for the second time this season. The first meeting went Lehigh Valley’s way with a 7-3 victory at XL Center. Chris Conner led the way with a pair of goals, and Greg Carey, German Rubtsov, Mike Vecchione, Cole Bardreau, and Philip Samuelsson also found the back of the net. Hartford is currently 6th in division, with a 15-15-2-2 record.
Sunday, January 6, 2019
Vs. Springfield Thunderbirds – MassMutual Center
Lehigh Valley will wrap up the 3-in-3 New England road trip on Sunday in Springfield. It will be the fifth meeting with the Thunderbirds this season and the series is currently tied 2-2. Greg Carey and T.J. Brennan have led the way for the Phantoms with five points each. Lehigh Valley’s highest scoring game of the year came in an 8-2 victory over the Thunderbirds on November 9. Springfield currently trails Lehigh Valley in the standings, sitting 4th in the division with a 15-11-4-3 record.