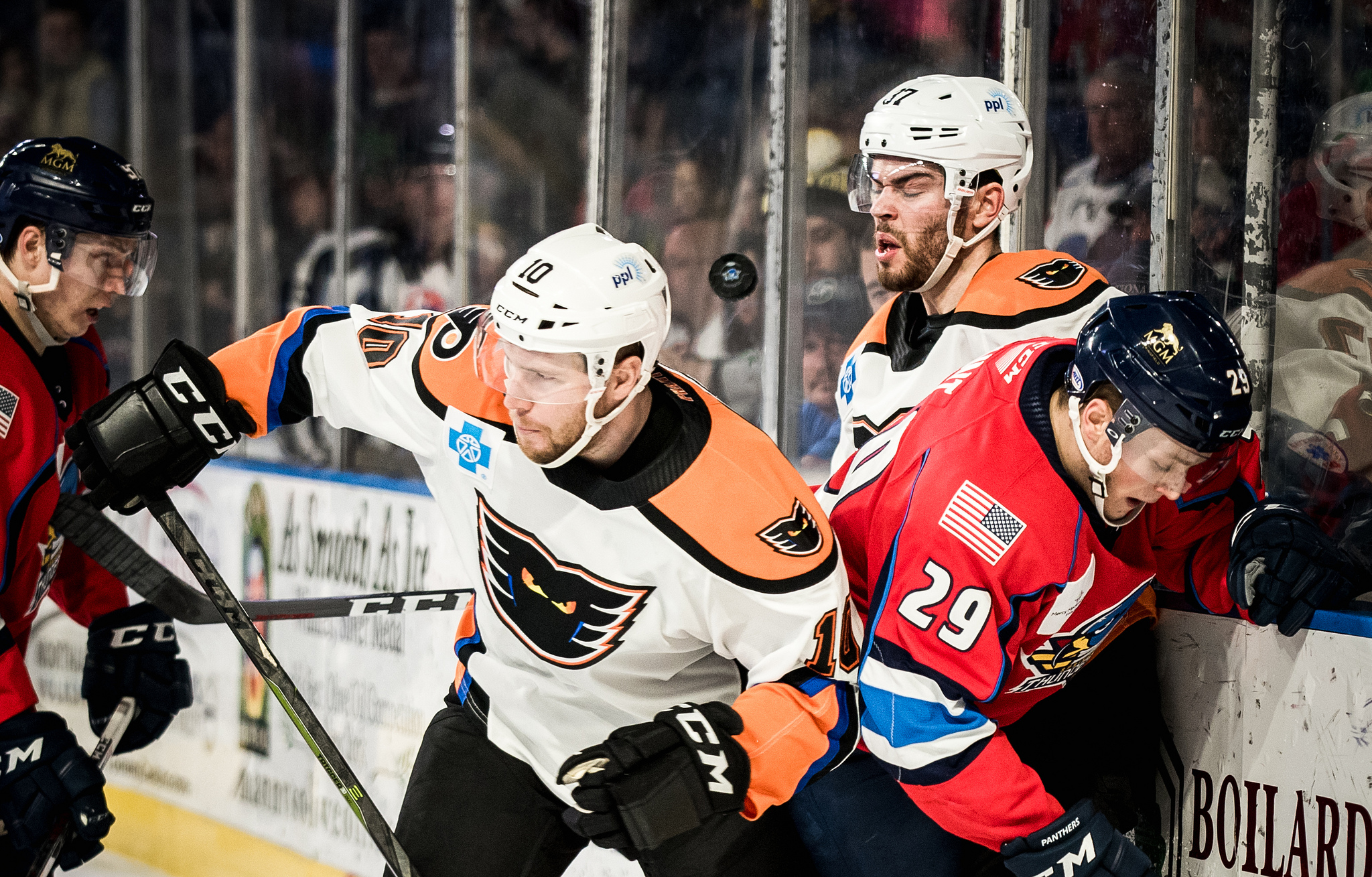 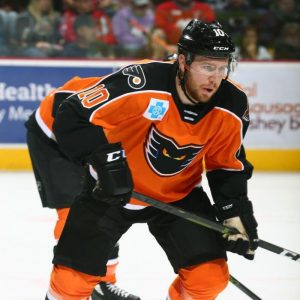 Hey Now, You’re an All-Star
Greg Carey was named to the AHL All-Star Classic for the first time on Thursday. Greg currently leads the Phantoms in both goals (17) and points (36) and ranks in the Top 10 in the AHL in both goals and points and second in power-play goals. 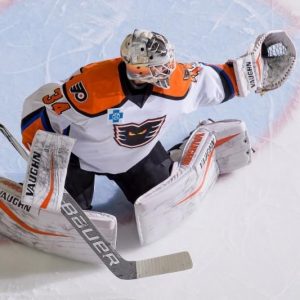 Leading Lyon
With Sunday’s victory in Springfield, goaltender Alex Lyon passed Anthony Stolarz for the most wins in Lehigh Valley Phantoms history with 51. Lyon also moved into 5th place in Phantoms overall history. He has a 51-28-8 record with the Phantoms in 89 games played. 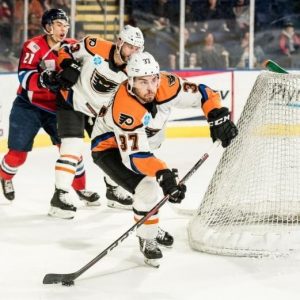 Friedman’s Finish
On Sunday, Mark Friedman scored his first career overtime-winning goal to give the Phantoms a 4-3 victory over the Springfield Thunderbirds. Friedman’s shot exploding the water bottle on the back of the net and gave the Phantoms their first win in 2019. 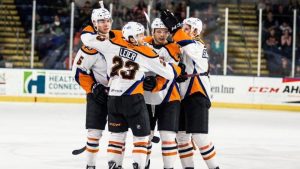 Friday, January 4, 2019 –
LV Phantoms 2, Providence Bruins 4
The Phantoms opened up 2019 with a New England road trip, starting Friday night in Providence. Chris Conner and Mikhail Vorobyev both scored for Lehigh Valley but Providence was able to even the season series at 2-2 with a 4-2 victory.
Saturday, January 5, 2019 –
LV Phantoms 1, Hartford Wolf Pack 3
Lehigh Valley traveled to Hartford for the second time this season on Saturday to take on the Hartford Wolf Pack. Branden Komm made his first career AHL start in net for the Phantoms and made 25 saves in a 3-1 loss to the Wolf Pack. Nic Aube-Kubel scored the lone goal for the Phantoms.
Sunday, January 6, 2019 –
LV Phantoms 4, Springfield Thunderbirds 3
The Phantoms got their first victory of 2019 in a back-and-forth game on Sunday in Springfield. Greg Carey and Phil Myers both scored in the second period but Springfield was able to respond. The Thunderbirds took the lead briefly in the third until Connor Bunnaman tied it with 8:05 left in the game. Mark Friedman gave Lehigh Valley the victory with his first career overtime winner. 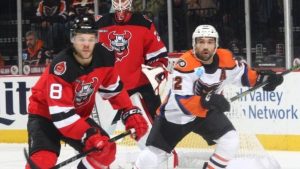 Friday, January 11, 2019
Vs. Binghamton Devils – PPL Center
The first home game of 2019 will welcome the Binghamton Devils (16-20-3-0) to the PPL Center for the second time this season and final meeting between the two teams. The Phantoms are 2-0-1 against the Devils this year, most recently with a 3-2 overtime victory on November 3, 2018 thanks to a Mike Vecchione game-winning goal.
Saturday, January 12, 2019
Vs. Hershey Bears – PPL Center
On Saturday, Lehigh Valley and Hershey will face off for the sixth time this season and fourth time at PPL Center. The Phantoms have won nine straight games against Hershey in Lehigh Valley, with the Bears last victory in Allentown coming two years ago in overtime on April 5, 2017. PROMOTION: Canned Food Drive
Sunday, January 13, 2019
Vs. Hershey Bears – Giant Center
Lehigh Valley and Hershey will quickly have matchup number seven with a rematch in Hershey on Sunday. The Phantoms won 6-1 in their last trip west on I-78. Tyrell Goulbourne and Taylor Leier each scored two-goals each and Zach Palmquist and Carsen Twarynski also chipped in with goals. 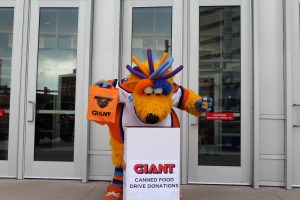 Saturday, January 12 will be Lehigh Valley Phantoms annual Canned Food Drive, presented by Giant Food Stores. We encourage all fans attending the game to bring non-perishable food items with them to the game and they will be collected and donated to the Second Harvest Food Bank. Collection boxes will be at all the entrances of PPL Center for fans to leave their cans.