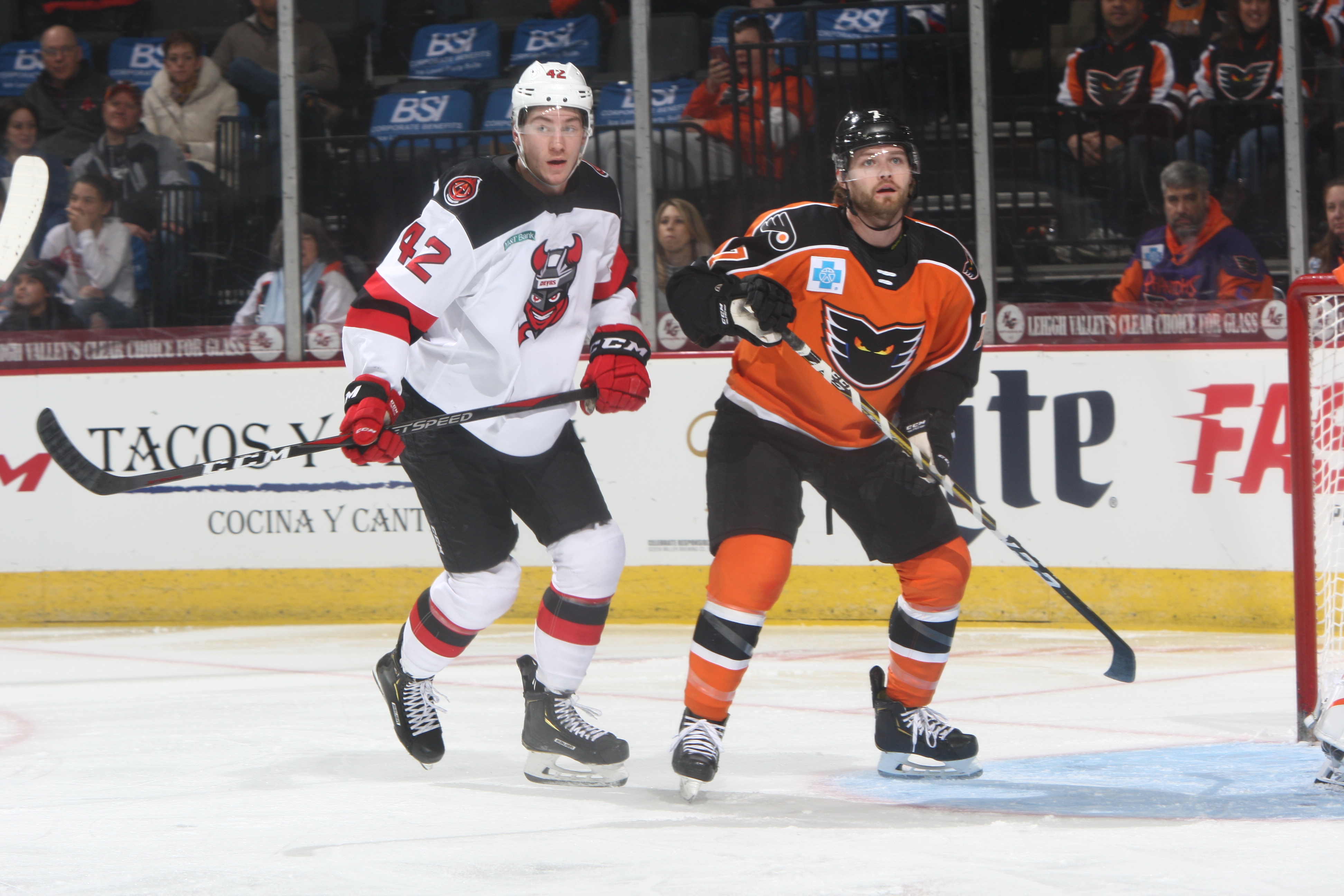 Lehigh Valley, Pa. – Zach Palmquist scored his third goal of the season in front of a sold out PPL Center crowd as the Lehigh Valley Phantoms (20-13-1-2) fell to the Binghamton Devils (18-20-3-0) 2-1 in the first home game of 2019. Lehigh Valley outshot Binghamton 31-19 but ran into a red hot goalie in Evan Cormier who made 30 saves on 31 shots to follow up a shutout against Syracuse on Wednesday.

The Phantoms started strong against the Devils, holding them to just two shots in the first period. Lehigh Valley managed to tally nine shots and a couple good chances, the best coming from Steven Swavely, who is looking for his first AHL goal of the season but shot it just high of the net.

Lehigh Valley got two great chances early in the third as Nic Aube-Kubel got free on a breakaway chance five minutes into the period and Colin McDonald got in alone just a minute later but both were unable to light the lamp. 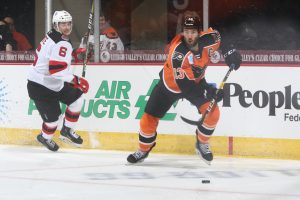 Despite being doubled up on shots, Binghamton was able to score first when Ryan Schmelzer found himself all alone in front and was able to put back a rebound from Nick Lappin a little less than halfway into the second period.

Binghamton took a 2-0 lead with 3:55 remaining in the second period when Nick Lappin scored from an impossible angle as a Devils’ power play came to an end. With the penalty box door open and Zach Palmquist set to go free, Lappin threw a shot attempt from the goal line that was just able to sneak between Alex Lyon and the post.

The Phantoms finally beat Evan Cormier with 7:05 left in the game as Zach Palmquist sniped one from along the boards and was able to beat Cormier short-side. It was Palmquist’s third goal of the season and the first goal allowed by Cormier in 114:52 of game play. Connor Bunnaman and Carsen Twarynski picked up assists on the goal.

NEXT TIME OUT: The Phantoms will be back at it at PPL Center tomorrow night at 7:05 against the Hershey Bears. Don’t forget it’s our GIANT Canned Food Drive so bring you canned food items to the game. Follow the action @LVPhantoms on Twitter, on AHLTV or the Phantoms365 App.