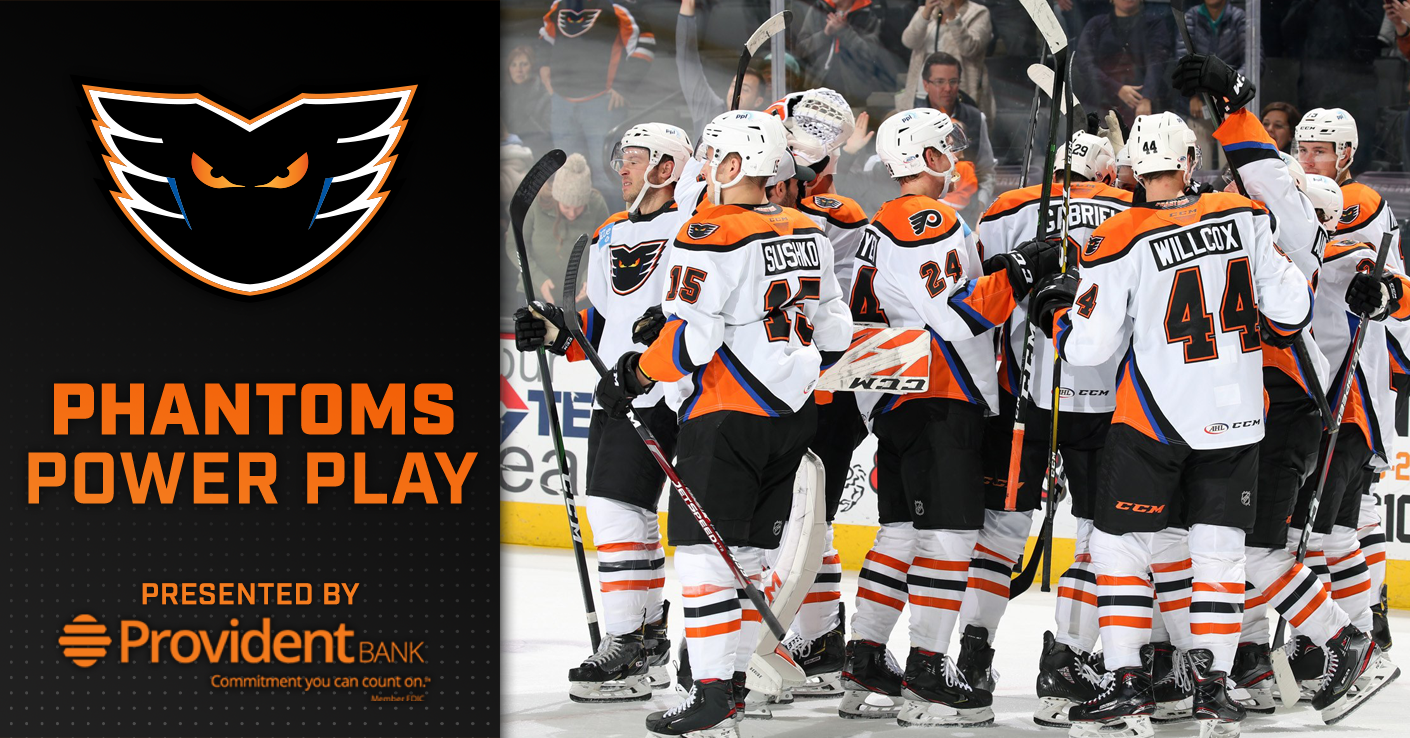 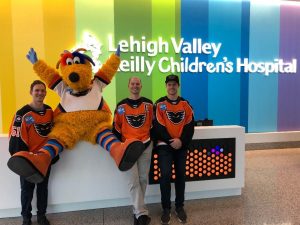 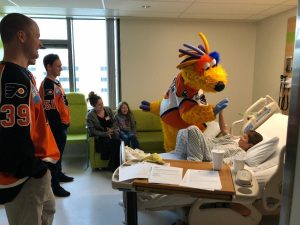 Some Lehigh Valley Phantoms players and meLVin stopped by the Lehigh Valley Reilly Children’s Hospital to help cheer up some kids who were in the hospital last week. Nate Prosser, Tyler Wotherspoon and Kyle Criscuolo joined meLVin to visit some kids and try to lift their spirits and keep them company for an afternoon. 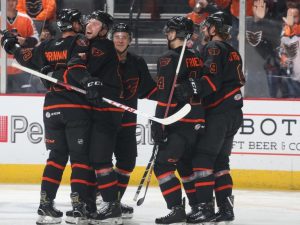 Wednesday, November 6, 2019 –
LV Phantoms 4, W-B/Scranton Penguins 2
The Lehigh Valley Phantoms started the week with a 4-2 victory over the Wilkes-Barre/Scranton Penguins in their first Wednesday game of the season. Kyle Criscuolo tallied three points including two goals in the win and Cal O’Reilly, Greg Carey, and T.J. Brennan all had multi-point games.

Friday, November 9, 2019 –
LV Phantoms 3, Hershey Bears 2 (OT)
The Phantoms finally picked up their first overtime win of the year with a 3-2 win against the Hershey Bears on Friday. Andy Welinski scored the game-winner with 33 seconds remaining in OT and Alex Lyon made 28 saves on 30 shots, including four in overtime.

Sunday, November 10, 2019 –
LV Phantoms 2, Hershey Bears 3 (SO)
Lehigh Valley and Hershey would need extra time for the third straight meeting as the Sunday rematch extended all the way to a shootout where the Phantoms eventually fell to Hershey 3-2. The Phantoms have now earned at least a point in 11 out of 13 games this season. 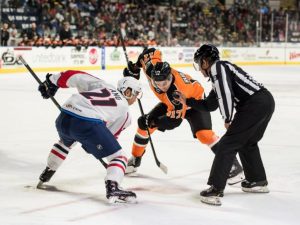 Friday, November 15, 2019
vs. Binghamton Devils – Veterans Memorial Arena
The Phantoms will continue their road trip as they travel up to Binghamton on Friday night. Binghamton currently sits in last place in the North Division and Lehigh Valley picked up a 4-1 win against the Devils on October 18 thanks to goals from Mikhail Vorobyev, Joel Farabee, and a pair from Andy Andreoff. Alex Lyon made 24 saves on 25 shots in the win.

Sunday, November 16, 2019
vs. WBS Penguins – Mohegan Sun Arena
The road trip will conclude back in Pennsylvania on Sunday with a stop in Wilkes-Barre to face the Penguins for the fourth time already this season. Lehigh Valley is 2-0-1 against Wilkes-Barre/Scranton this year and Greg Carey has tallied five points in the three games against the Penguins. 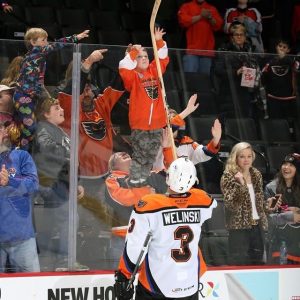 Fine and Andy
Defenseman Andy Welinski was the hero in Saturday night’s matchup with the Hershey Bears as he scored the overtime winner 33 seconds remaining to give the Phantoms a 3-2 victory. It was the first overtime goal of Welinski’s career. 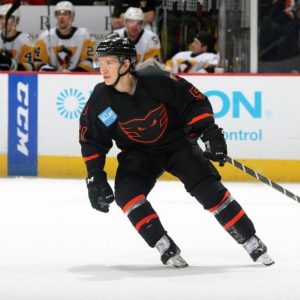 CrisGOALo
Kyle Criscuolo notched his fist multi-point game with three points on November 6 against Wilkes-Barre/Scranton, including his 100th pro point. He scored two goals in the win against the Penguins, his first two-goal game since February 16, 2018, which also came against the Wilkes-Barre/Scranton Penguins when he was a member of the Rochester Americans. 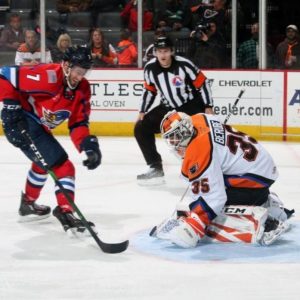