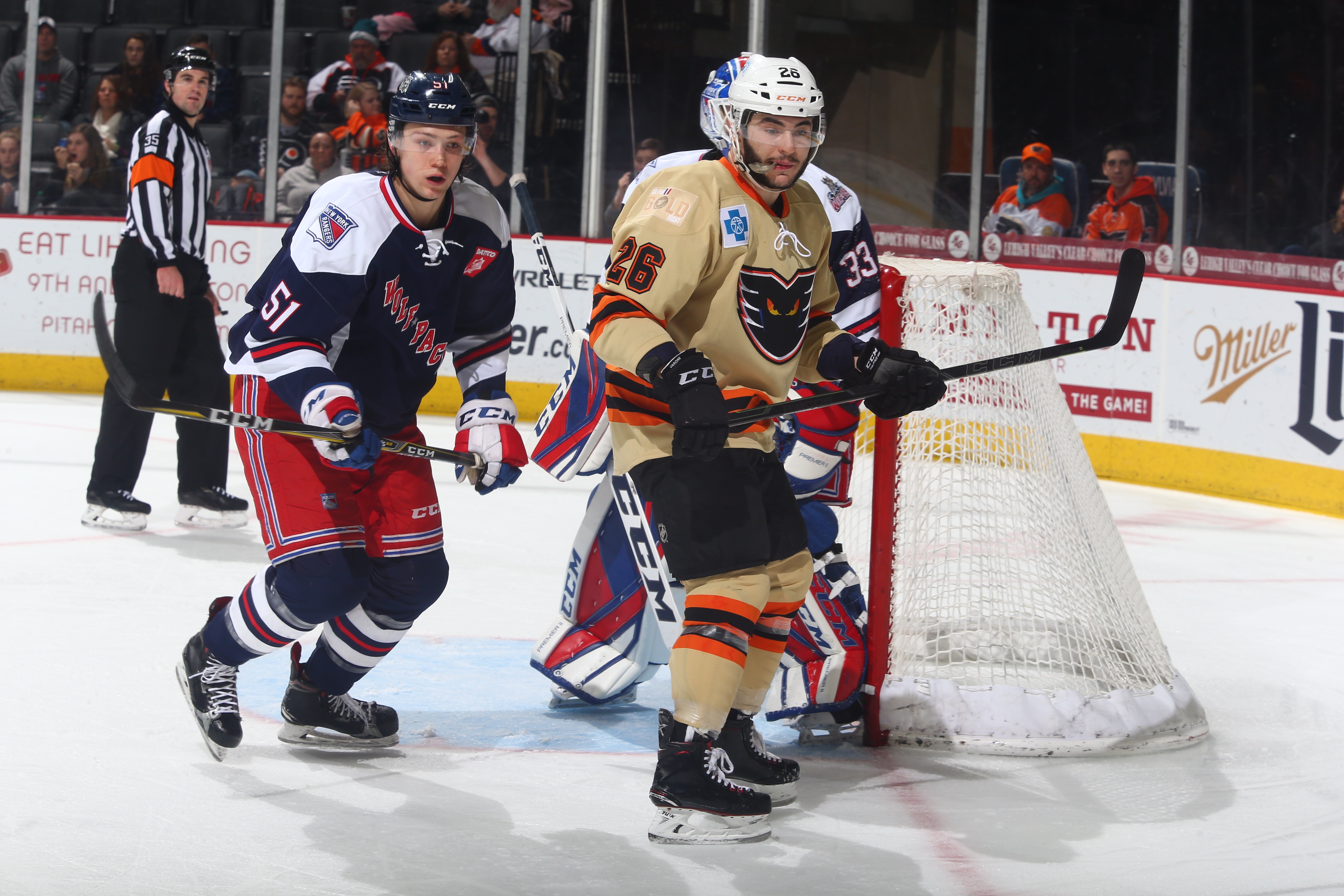 Lehigh Valley, Pa. – Goaltender Dustin Tokarski turned in an impressive 32-save performance Saturday evening as the Lehigh Valley Phantoms earned a critical standings point as part of a 3-2 shootout decision against the Hartford Wolf Pack in front of 8,177 fans inside PPL Center. 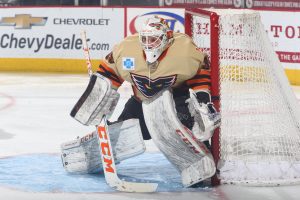 With Saturday’s outcome, the Phantoms moved to 32-14-3-4 overall this season as Lehigh Valley remains in first place in the tightly-contested Atlantic Division. Saturday’s decision also stretched the Phantoms current point streak to six straight games (5-0-1) and improved the team’s home point streak to nine straight tilts at PPL Center (7-0-2). During the team’s recent surge, the Phantoms have collected 11 of a possible 12 standings points across the last six games while outscoring their opposition 29-12.

With Saturday’s result, Lehigh Valley is now 17-5-3-2 in games played in downtown Allentown this year.

Phil Varone (13th) and Oskar Lindblom (15th) both found the back of the net for the Phantoms on Saturday in front of Tokarski who remained red-hot between the pipes for Lehigh Valley. Over his last five games, the 28-year-old netminder has produced a stingy 1.98 goals-against average coupled with a sparkling 0.935 save percentage. Tokarski now owns an overall mark of 13-5-5 for the season. 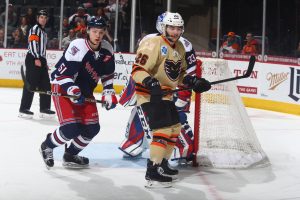 With a goal on Saturday, Varone became just the second AHL skater to reach the 50-point plateau this season as he continues to pace all Phantoms in scoring with 50 total points (13 goals, 37 assists). He is now just one point back of Charlotte’s Andrew Miller for the AHL scoring lead.

The Phantoms opened the scoring just past the midway point of the first period when Varone won a battle for a loose puck along the half boards before curling into the slot and sending home his 13th goal of the season. The unassisted even-strength strike came 11:49 into the opening frame and marked the sixth straight game in which Lehigh Valley has landed the game’s first conversion. The Phantoms are now 19-3-2-2 when scoring first this season. 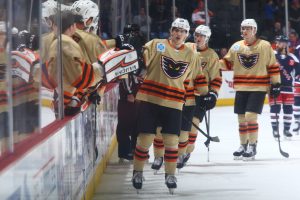 The Phantoms then doubled their lead less than two minutes later when a one-time blast from the high slot by Sanheim was expertly redirected en route by Lindblom for his 15th tally of the year. Nic Aube-Kubel grabbed the secondary assist on the five-on-five conversion netted 13:48 into the opening period of play as he collected his 13th point (4 goals, 9 assists) over the last 11 games.

Lehigh Valley maintained its 2-0 edge through the second period despite a combined 15 shots on goal. Tokarski continued his stellar play with eight saves on Hartford’s eight shots while Wolf Pack netminder Chris Nell turned aside each of the Phantoms’ seven shots that came his way in the middle stanza.

Hartford was finally able to solve Tokarski as the Wolf Pack sliced Lehigh Valley’s lead in half just over four minutes into the third period when Adam Tambellini found Lias Andersson alone in the slot who made no mistake in one-timing home his third goal of the season. Tambellini garnered the only assist on the even-strength strike converted 4:10 into the final frame of regulation.

Hartford then leveled the contest with just under five minutes left in regulation when, while on the power play, Tambellini was able to convert his 11th goal of the season with assists from Cristoval Nieves and Scott Kosmachuk.

After a scoreless overtime, Tambellini was the only shooter who was able to convert in the shootout sealing the 3-2 decision in favor of the Wolf Pack.

The Phantoms cap this week’s action on Sunday when they welcome the rival Wilkes-Barre/Scranton Penguins to PPL Center for a 5:05 p.m. showdown. Sunday’s game is meLVin’s Birthday Bash as we celebrate everyone’s favorite puck-nosed pladottle along with a host of meLVin’s mascot friends. Sunday’s game also features a post-game jersey auction as the specialty Go For Gold jerseys will be auctioned off in The Morning Call Club immediately following the conclusion of Sunday’s action. A limited number of tickets remain for Sunday’s game and are available HERE.