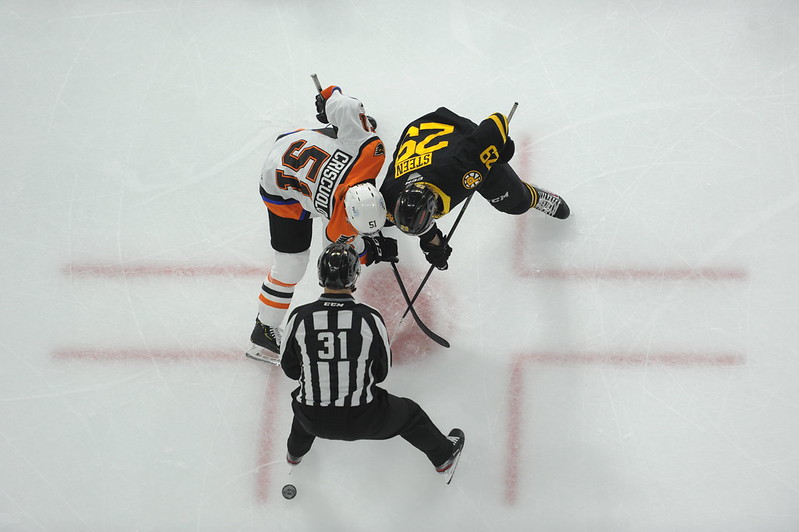 Providence, R.I. – The Lehigh Valley Phantoms never trailed in 65 minutes of hockey at the Providence Bruins on Wednesday night but a shootout goal for Peter Cehlarik put the Bruins ahead at the end of a 3-2 decision.

Lehigh Valley (18-19-6) extended its point streak to six games and appeared on the verge of actually making it a six-game win streak. But a full power play in the overtime saw the Phantoms ring a pair of shots off the post by Greg Carey and Chris Bigras allowing Providence (24-16-4) to somehow survive.

Cal O’Reilly played his milestone 700th career AHL game and remains one shy of becoming the 47th player to record 600 points in the league.

Kyle Criscuolo (6th) and David Kase (4th) scored for the Phantoms while Max Willman registered a pair of assists in is homecoming to the region. The native of Cape Cod, just over an hour away, played his collegiate hockey at nearby Brown University. 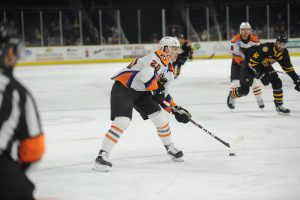 The Phantoms struck first with a pair of former ECAC talents converting on a 2-on-1. Kyle Criscuolo, out of Harvard University, buried the one-timer on the backdoor off the feed from Willman at 9:50 into the game.

Providence was slow to generate chances to open the game but finally broke through at 16:55 into the first on Steen’s shot from the high slot through a screened J-F Berube to forge a 1-1 deadlock at the first intermission.

Both teams traded a handful of chances in a defensively-dominated second period.

Lehigh Valley took the lead in the opening minutes of the third with the same line producing a go-ahead strike again. After Willman and Criscuolo had back-to-back tries out in front, it would be Kase from the corner and behind the goal inadvertently finding the back of the net on his attempt to pass back to his teammates. But the puck fortuitously deflected off the goalie and a Providence player to find the goal for his fourth of the year at 2:47 into the third.

The Bruins had Lehigh Valley on its heels some in the third in their desperate push for a goal. After the Phantoms battled hard to maintain possession in the Providence end, a Bruins clear led to a steal at the Phantoms line with Senyshyn’s interception leading to a breakaway conversion upstairs with just 5:59 to play in regulation via an unassisted tally.

Lehigh Valley had the better of the chances in overtime not only out-shooting the Bruins 5-3 but also hitting the post twice. Mark Friedman faked a shot and connected with Andy Andreoff down low who left a big opportunity for Criscuolo only to be denied on a spectacular stacked-pad save by Max Lagace.

Criscuolo sped in later in the overtime and was hauled down providing the Phantoms with a power play at the end of overtime. Post shots by Carey and Bigras were as close as the Phantoms would come and the Bruins prevailed in the shootout.

Providence out shot the Phantoms 32-28 in the game. Both teams were 0-for-2 on the power play. The Phantoms and Bruins will rematch at Providence on Friday night in Game 2 of a five-game road-swing book-ending the upcoming AHL All-Star Break.

NEXT TIME OUT: The continue a five-game road trip on Friday, January 24 when they take on the Providence Bruins at 7:05 p.m. The Phantoms next home games are Friday, February 7 on American Heart Association Go Red Night and Sunday, February 9 on meLVin’s Big Birthday Bash including a post-game skate with the Phantoms players.