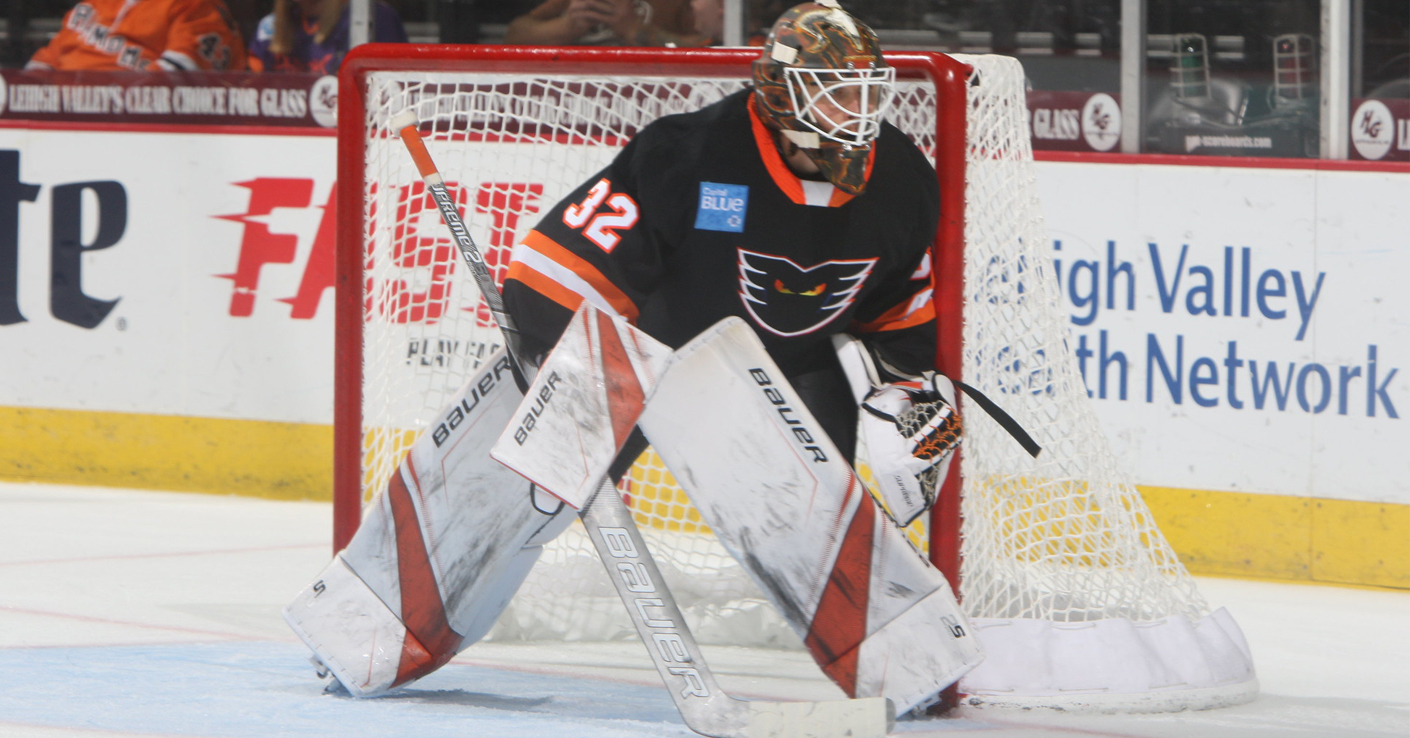 Regular Season Gets Started on Saturday at PPL Center

Lehigh Valley, Pa. – The Lehigh Valley Phantoms (2-1-0-0) concluded their preseason schedule on Monday with a 2-0 loss to the Hershey Bears (2-1-0-0) to finish the season with a winning record. Felix Sandstrom was strong in the net during the preseason finale, saving 22 of 24 Hershey shot attempts. The Phantoms will now turn their attention to the regular season as they face off with the Providence Bruins on Saturday Night inside PPL Center.

Hershey would strike first on Monday night late in the first period when Bears forward Joe Snively was able to put the puck in the back of the net on a scramble in front of Phantoms goalie Felix Sandstrom. It would be Sandstrom’s only blemish of a rather strong first period that saw him stop eight of nine shots including a big save early in the period on a Hershey breakaway.

The Phantoms had a few opportunities to answer back in the first period following the goal, including a power play opportunity but were unable to capitalize and entered the first intermission down 1-0.

In the second period, the Phantoms tried their best to get off to a quick start with four shots in the first five minutes. The Bears, however, were able to take a two goal lead when Penn State product Casey Bailey, positioned at the top of the crease was able to tap the puck past Sandstrom after receiving a pass from Garrett Pilon behind the net.

Following the second Hershey goal, the Phantoms were able to generate a few rushes and scoring chances in the second period, totaling 11 second period shots but were unable to solve Hershey netminder Vitek Vanecek, the game’s first star.

The Phantoms began the third period like they did the second, getting two early scoring chances in the first two minutes but were unable to find the back of the net. The two teams would exchange several scoring chances throughout the period but neither could get on the scoreboard in the third. With that, the Phantoms ended Monday night’s preseason finale with a 2-0 defeat for their first preseason blemish.

The Phantoms will get plenty of opportunities this season to revenge the loss, as the Phantoms and Bears will play each other 12 times during the 2019-20 season. The first matchup between the two in-state rivals is set for Saturday, October 12 at PPL Center.

Now with the preseason concluded, the Phantoms will prepare for their 2019-20 regular season schedule that includes 38 home games at PPL Center. The Phantoms will begin their season looking to make the AHL Playoffs for the third time in four seasons. Phantoms fans will have plenty of opportunities to see the team early on in the 2019-20 season with six of the Phantoms first eight games of the season being played at PPL Center starting with the season opener on Saturday, October 5 against the Providence Bruins.

NEXT TIME OUT: The Phantoms will begin their 2019-20 regular season on Saturday night, October 5th at PPL Center when they take on the Providence Bruins at 7:05. It will mark the first of five-straight home games, and first of six meetings with the Bruins.