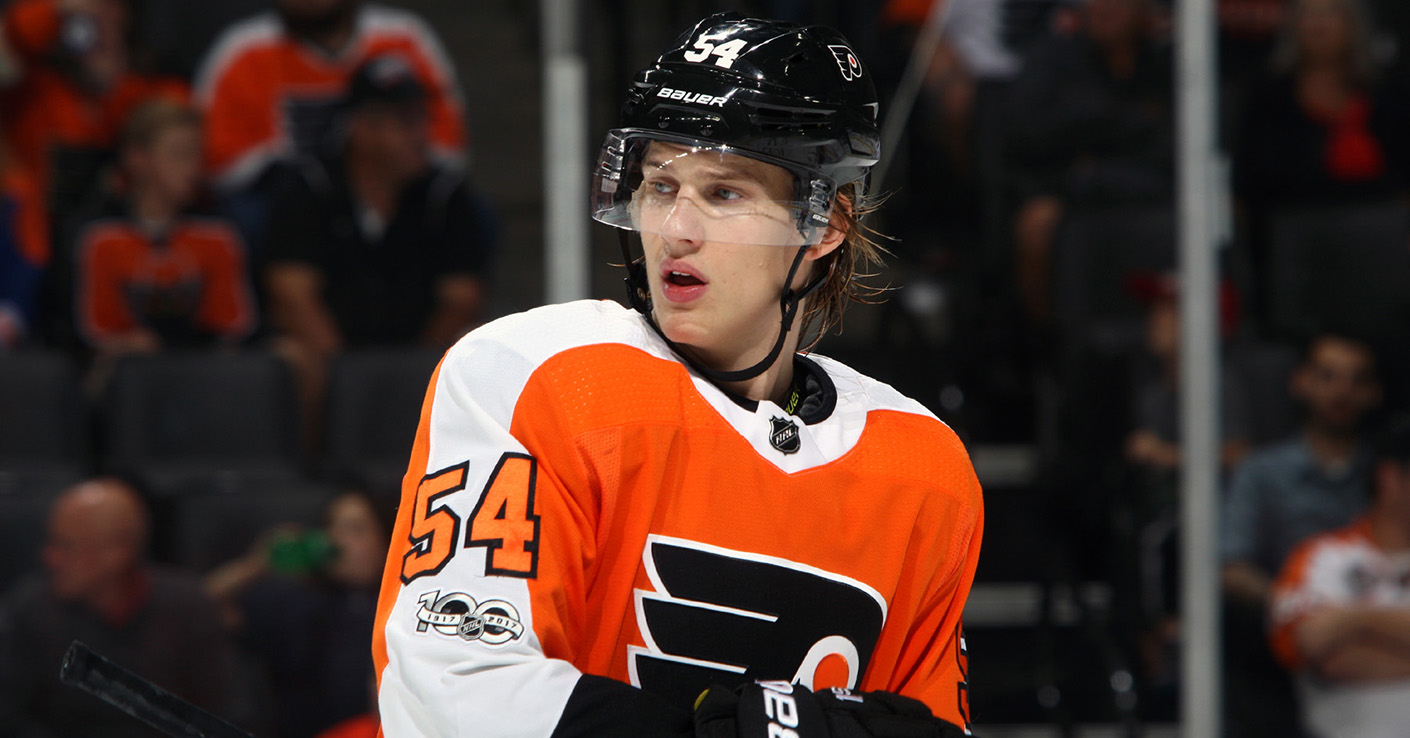 Familiar names from Lehigh Valley putting up points with Philadelphia

With the start of the 2018-19 season just around the corner, the Philadelphia Flyers are receiving some large contributions from Lehigh Valley Phantoms during the NHL preseason.  Just four games into the Flyers slate of games, players like five-time AHL All-Star T.J. Brennan, reigning AHL MVP Phil Varone and relative newcomer Oskar Lindblom are all making a big impact on the scoresheet.

While some bigger names for the Flyers led the way in Monday night’s game against the New York Islanders — like Shayne Gostisbehere, Claude Giroux and Jake Voracek — second-year pro Mikhail Vorobyev potted his first goal of the preseason to give the Flyers an early 1-0 lead in the first period.

Vorobyev, who was drafted by the Flyers in the fourth round (104th overall) during the 2015 NHL Entry Draft, recently completed his first season in North America with Lehigh Valley in which he finished with 29 points (9G-20A) over 58 games.

On Tuesday night, Philadelphia traveled to New York to again take on the Islanders for the third time in three days and this time, the Phantoms would lead the way.

Second-year defenseman James de Haas, who played 36 games with the Phantoms this past season, opened up the scoring for the Flyers in the first period as he tipped in a shot from fellow Lehigh Valley defenseman Reece Willcox.  Later, past the halfway mark of the second period, the Flyers netted three consecutive goals from Carsen Twarynski, Phil Varone and Danick Martel.

At the end of the second period at Barclays Center in Brooklyn, Phantoms players had accumulated 10 points on the Flyers four goals of the night. Jori Lehtera would add another late goal in the third, assisted by T.J. Brennan, giving the Flyers a 5-1 victory.

Together, those players — with the exception of Palmquist and Stolarz — contributed 236 points for the Phantoms during the 2017-18 season including Varone’s team-leading 70 points (23G-47A) and Carey’s team-leading 31 goals.

On Wednesday, the Flyers tangled with the other team in New York City, the division rival Rangers inside of Madison Square Garden.

A line featuring former Phantom Scott Laughton, and two current Phantoms, Oskar Lindblom and Corban Knight proved to be one of the most lethal combinations of the night for Philadelphia with each player registering three points by the end of the first period.

Just 2:10 into the game, Lindblom got the scoring started when he batted a puck out of the air and into the back of the net.  The Flyers followed that up to make it a 2-0 lead when Knight picked up a loose puck and put it past Ranger’s goaltender Henrik Lundqvist on the stick side. Lindblom potted his second of the night with just 30 seconds remaining in the first period beating Lundqvist with a wrist shot from the left side of the ice.

Lindblom, a 2014 fifth-round selection (138th overall) of the Flyers, played 54 games with the Phantoms this past season putting up 34 points (16G-18A) and was also named a 2018 AHL All-Star. The 22-year old is the first Swedish forward to play for Philadelphia since Peter Forsberg.

Knight, who served as one of the alternate captains in Lehigh Valley last season, tallied 37 points (14G-23A) across 58 contests with the Phantoms and registered 11 multi-point games in the process.

Vorobyev, who was also in the lineup on Wednesday night, added another goal for the Flyers late in the third and both Brennan and Twarynski each added assists in the game to increase their already swelling preseason point totals. Philadelphia would go on to win, 6-4.

Despite what the happens with the Flyers roster in the coming days, players from Lehigh Valley have made a strong statement that the Flyers organization is as deep as it gets and that the development path from Allentown to Philadelphia will be a well traveled one in the coming seasons.

The Flyers will hit the ice for their next preseason game on Friday, September 21, inside the home of the Phantoms at PPL Center in downtown Allentown.  Tickets start at just $18 for group tickets and $22.50 for single game buyers, tickets for the Flyers preseason showdown are on sale to the general public at PPLCenter.com or at the QNB Box Office at PPL Center located at the corner of Seventh and Hamilton.