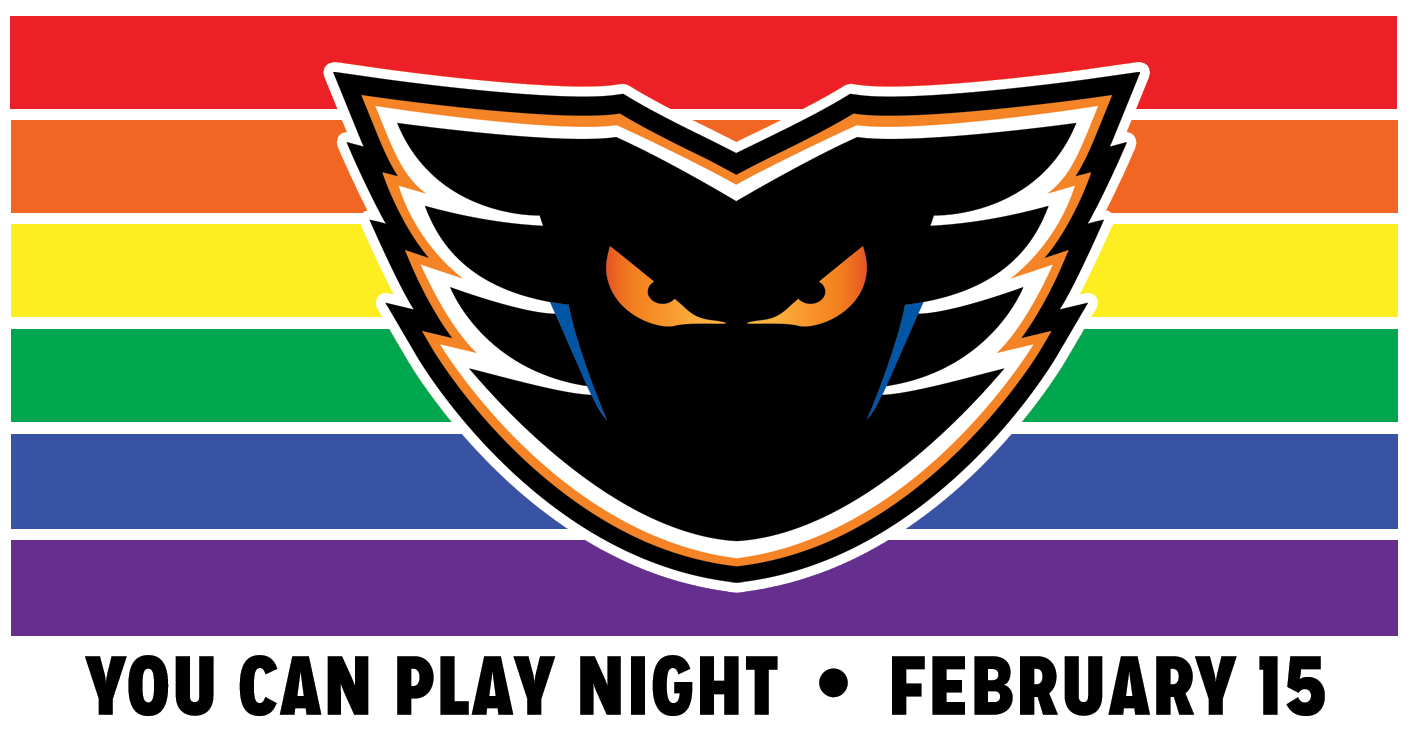 T.J. Brennan Will Serve as the Player Ambassador

Lehigh Valley, Pa. – The Lehigh Valley Phantoms are proud to announce that they have partnered with the You Can Play Project to host Pride Night on Friday, February 15, 2019 when the team takes on the Bridgeport Sound Tigers at PPL Center. The You Can Play project is dedicated to ensuring equality, respect, and safety for all who participate in sports, including LGBT athletes, coaches, and fans. Their mission is to create a culture change where locker rooms and spectator areas focus on athletic ability, work ethic, and team spirit, not sexual orientation and/or gender identity.

“The Lehigh Valley Phantoms are thrilled to be able to partner with the You Can Play Project and Bradbury-Sullivan LGBT Community Center. It just furthers our mission that hockey is for everyone.” said Phantoms Owner, Rob Brooks.

In honor of the evening’s cause, a number of players from both teams will use rainbow colored Pride tape on their sticks during warmups and members of the Ice Crew will wrap their shovels with Pride tape. Phantoms defenseman, T.J. Brennan will serve as the player ambassador, and a special PSA from T.J. will be played in-arena and across the Phantoms social media channels.

“It’s an honor to be an ambassador for You Can Play.” said Brennan, “Spreading the game and the spectrum of hockey is really important and I’ll gladly support any change and open mindedness.”

Bradbury-Sullivan LGBT Community Center is offering a special $30.00 package for the night that includes a game ticket and a Phantoms Pride T-Shirt, and most importantly a portion of each of these ticket packages will benefit programs at Bradbury-Sullivan LGBT Community Center. This package can only be purchased by visiting https://www.phantomshockey.com/tickets/special-ticket-promotions/ or http://www.bradburysullivancenter.org/pride_phantoms