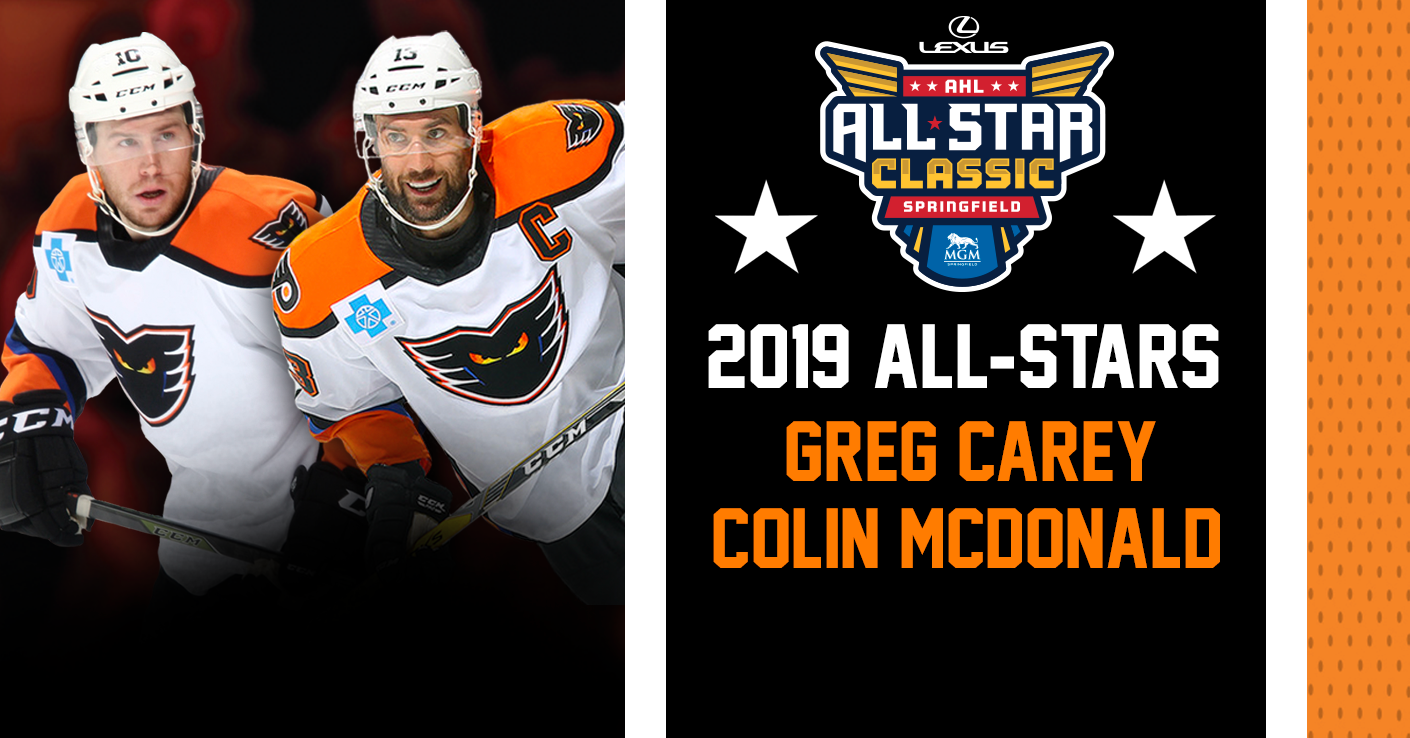 Lehigh Valley, Pa. – The American Hockey League announced today that Lehigh Valley Phantoms forward, Greg Carey has been named to the 2019 Lexus AHL All-Star Classic presented by MGM Springfield. Greg will join Colin McDonald, who was previously named a Captain for the AHL All-Star Game, as the Phantoms representatives.

Carey, 28, is in the midst of his fifth professional season and third with the Lehigh Valley Phantoms. Greg has played 32 games this year and currently leads the Phantoms in goals (16) and points (34) as well as ranks second in assists (18). He has points in all but nine games this season and currently sits seventh in the AHL in points and third in power play goals.

A native of Hamilton, Ontario, Carey has played 284 AHL games in his career with the Portland Pirates, Springfield Falcons and Lehigh Valley Phantoms and has totaled 189 points (104G, 85A). During his time in Lehigh Valley, Carey has played 178 games and racked up 138 points on 75 goals and 63 assists. The 6’0 forward has led the Phantoms in goals each of the last two seasons and finished tied for fourth in the AHL last season with 31 tallies and sixth in the league with 28 during 2016-17. He is the all-time goals leader in Lehigh Valley Phantoms history and ranks eighth in Phantoms overall history.

Carey will be making his first AHL All-Star Classic appearance, and will join Colin McDonald and the rest of the AHL All-Stars at the two-day event in Springfield, Massachusetts on January 27 and January 28.