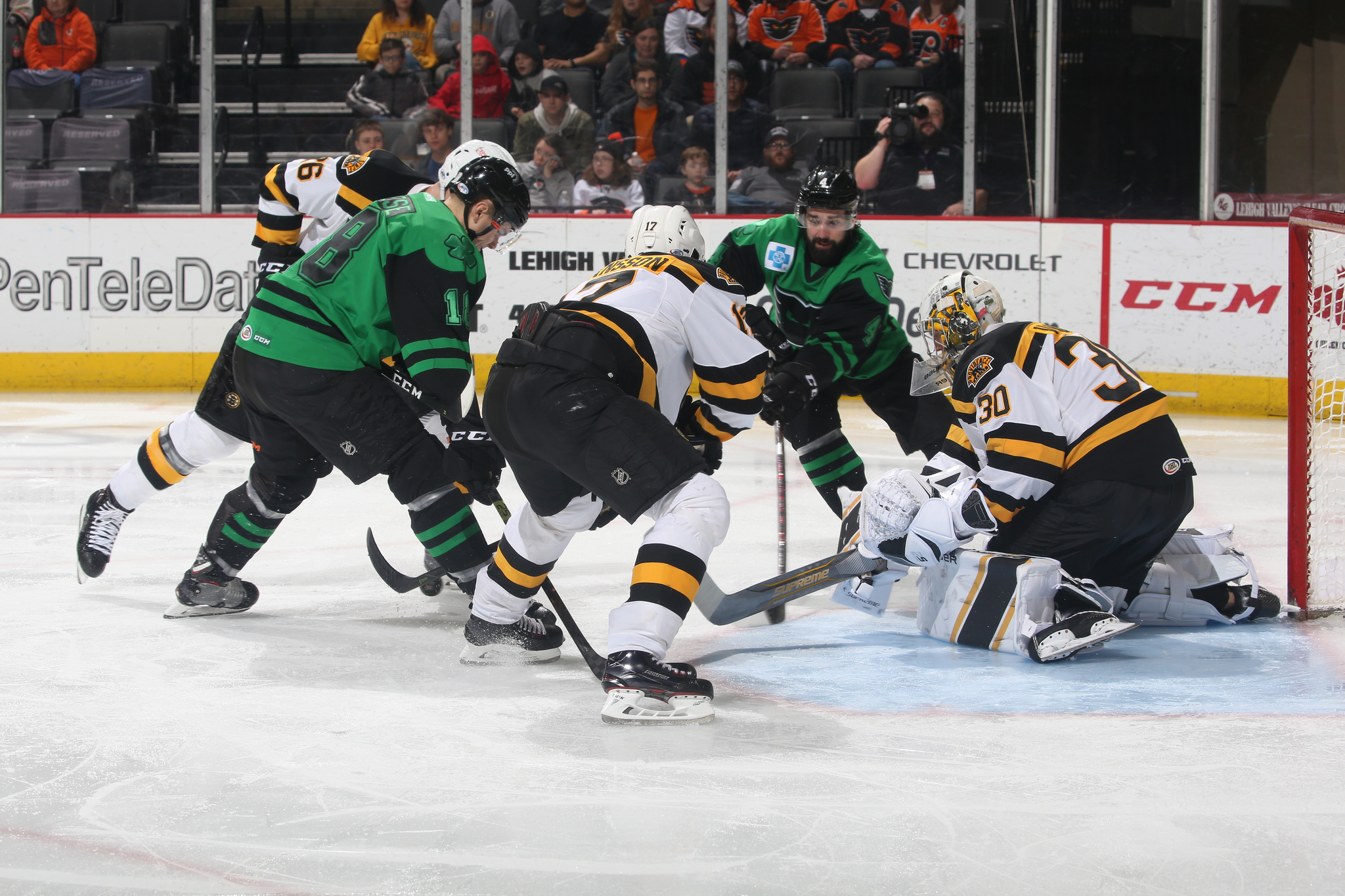 Lehigh Valley, Pa. – The Lehigh Valley Phantoms (30-27-3-3) kept fighting until the very last whistle but eventually ran out of time on their comeback attempt and fell 5-3 to the Providence Bruins (32-22-7-2). David Kase scored his first goal since returning from injury and Connor Bunnaman and Greg Carey each potted goals in the final two minutes of the game but the Phantoms were never able to overcome two early goals from the Bruins.

An uncharacteristic start for the Phantoms, Providence scored on their first shot of the game, just 47 seconds in. Peter Cehlarik took control of the puck behind the Phantoms’ net and fed a centering pass in front to Zach Senyshyn who buried his 14th goal of the season to give the Bruins an early lead.

The Bruins extended their lead just 46 seconds later when a turnover at the blue line sprung Lee Stempniak on a breakaway the other way. The 14-year-pro was able to slide a backhand shot through the five-hole of Alex Lyon and put Providence up 2-0. 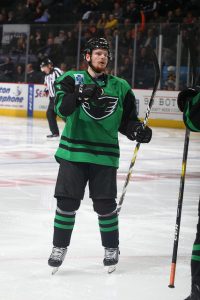 The Phantoms started the second period much better than the first, cutting into the Bruins’ lead just 56 seconds into the middle frame. Starting the period with some carry over power play time, Lehigh Valley was able to get extended time in the offensive zone. Some great puck movement from the Phantoms eventually led to Greg Carey finding David Kase open for a one-timer and Kase was able to blast home his fifth goal of the season to make it a 2-1 game. The goal was Kase’s first since returning from injury, having not scored since November 10 before he missed 33 games with an injury.

Providence regained a two-goal lead 4:25 into the third period with a shorthanded goal. Karson Kuhlman found Lee Stempniak in the right circle and wired a shot top shelf for his second goal of the game to make it 3-1.

The Bruins extended their lead even further, this time with a power-play goal at 6:45. With Goulbourne in the box for roughing, Gemel Smith scored his 13th of the season and put Providence up 4-1.

Coach Kerry Huffman pulled the goalie with more than six minutes left to try to give his team a chance to mount a comeback but Peter Cehlarik was able to score on the empty net and give the Bruins a 5-1 lead.

Lehigh Valley would not go down without a fight a though. With 1:50 left, Connor Bunnaman scored his 16th goal of the season, slamming home a pass from Chris Conner to make it 5-2 game.

Coach Huffman would once again call Alex Lyon to the bench for an extra attacker. This time the Phantoms were able to take advantage as Greg Carey unloaded a slap shot to make it 5-3 with 47 seconds left. Unfortunately, the time would run out on Lehigh Valley’s comeback chances and they fell to Providence

NEXT TIME OUT: The Lehigh Valley Phantoms will take on the defending Calder Cup Champions, the Toronto Marlies, Saturday night at PPL Center. Toronto will make the trip to Lehigh Valley for the only time this season after the Phantoms won 5-2 when the two teams met in Toronto on December 2.