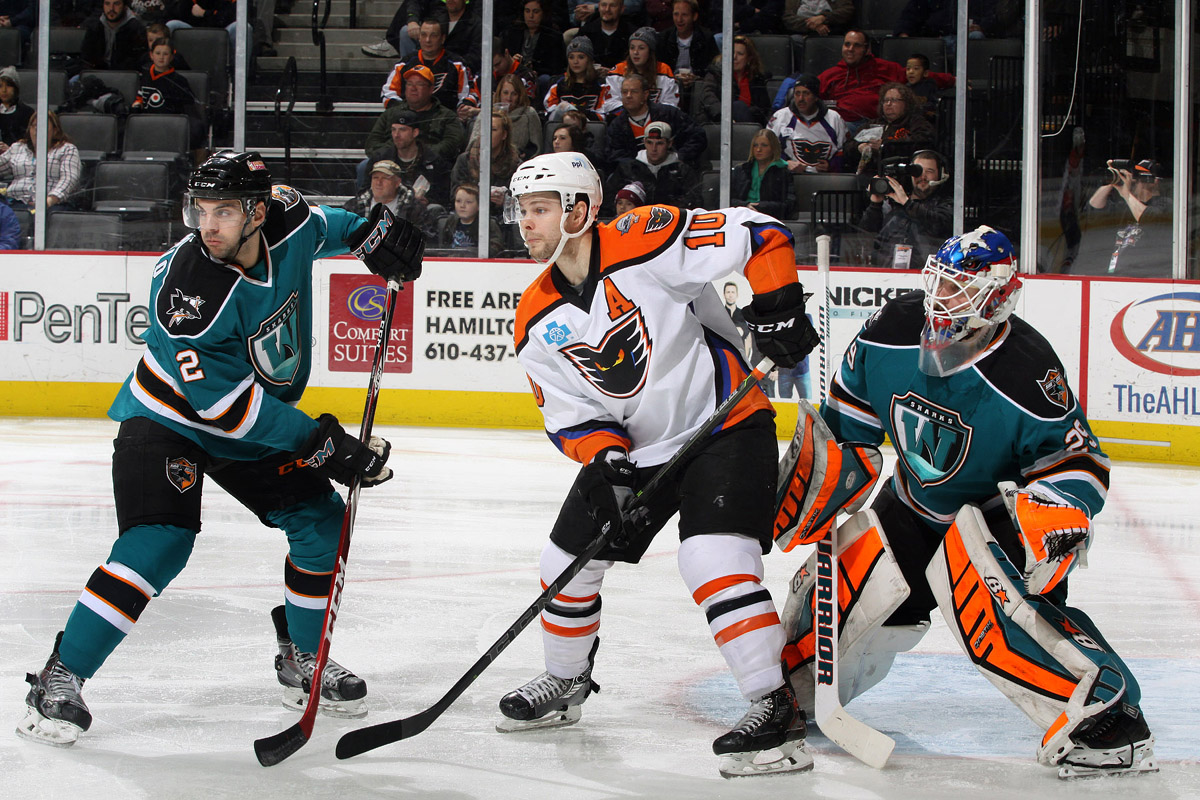 Worcester, MA – The Lehigh Valley Phantoms made their last ever appearance at DCU Center in Worcester, Massachusetts whose Sharks are moving to California next season. The game did not exactly go as the Phantoms had envisioned in a 6-1 setback on the road.

Lehigh Valley’s five-game road-trip began promisingly with three consecutive victories at Toronto, Providence and Bridgeport but the team was unable to carry-over the momentum to the following weekend as they concluded with a still-successful 3-2-0 record on the stretch.

Anthony Stolarz gutted out the entire game allowing six goals in which he certainly couldn’t shoulder much of the blame. The Phantoms saved Rob Zepp on the sidelines so that he could start Sunday’s home game with fresh legs on the other side of the team’s five-hour overnight bus ride home.

Brandon Manning (11th) scored the lone goal for the Phantoms with a power-play tally from the right wing on a feed by Andrew Gordon as Lehigh Valley cut into the 5-0 deficit in the third.

Worcester added a couple more in the second from Ryan Carpenter (10th) and Willie Coetzee (9th) and then capped the scoring late in the third on a two-on-one conversion by John McCarthy (12th).

The Phantoms return to PPL Center on Sunday evening with a 5:05 clash against the Wilkes-Barre/Scranton Penguins in the opener of a four-game homestand. Sunday’s game is Youth Street Hockey Stick Night for the first 3,000 kids age 14 and younger. Sunday’s game is the first of a four-game homestand that also features tilts on Wednesday against the Syracuse Crunch and next weekend with Saturday night and Sunday afternoon engagements against Wilkes-Barre/Scranton and Manchester on March 28th and 29th.